ATLANTA — Jeff McNeil showed up for the Mets’ biggest games since 2016 and might win a batting title for it.

The rest of the Met stars essentially no-showed and because of that they almost certainly will not be winning the NL East title.

Steve Cohen’s $290 million galaxy ultimately dimmed in the presence of a champion. The Braves, the defending World Series winners, all but assured that they will now capture a fifth straight NL East crown.

A three-game sweep was completed by the Braves on Sunday night the way that they had won the first two contests — their best players outperformed those of the Mets. Dansby Swanson and Matt Olson each homered for a third straight game to power Atlanta to a 5-3 triumph.

This will come with infamy for the Mets. They led the NL East by 10 ¹/₂ games on June 1. The last team to blow a lead that big and not win the division was the 1995 Angels, who led by 10 ¹/₂ games as late as Aug. 16. In this situation, the Mets actually played well at 63-44 since. The Braves simply played better at 76-32. That included going 6-1 against the Mets in the last two series against each other, both at Truist Park. 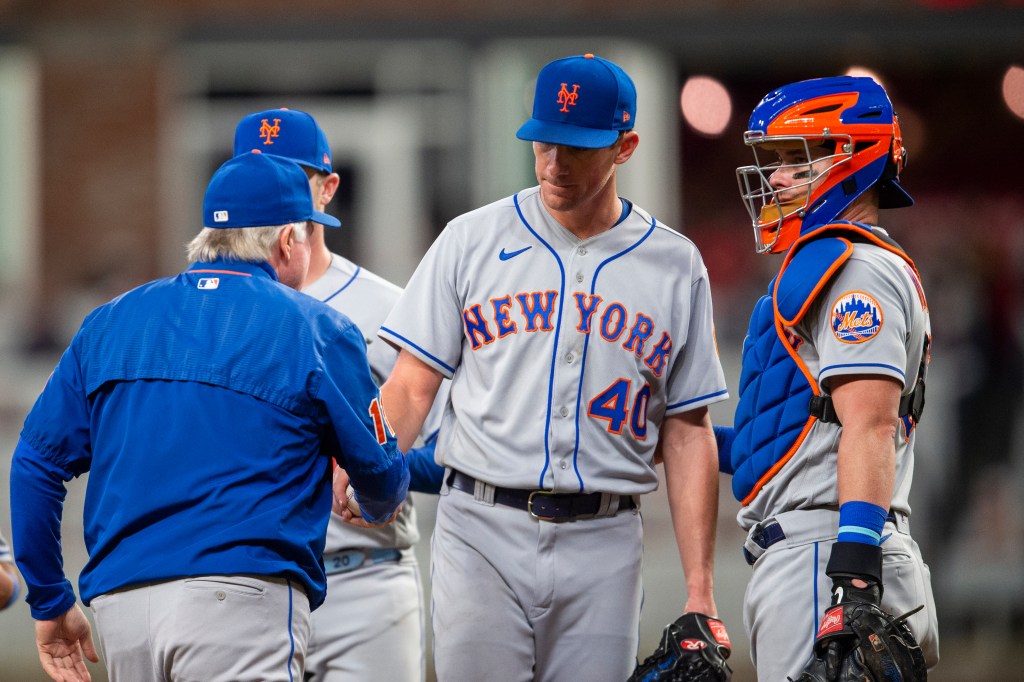 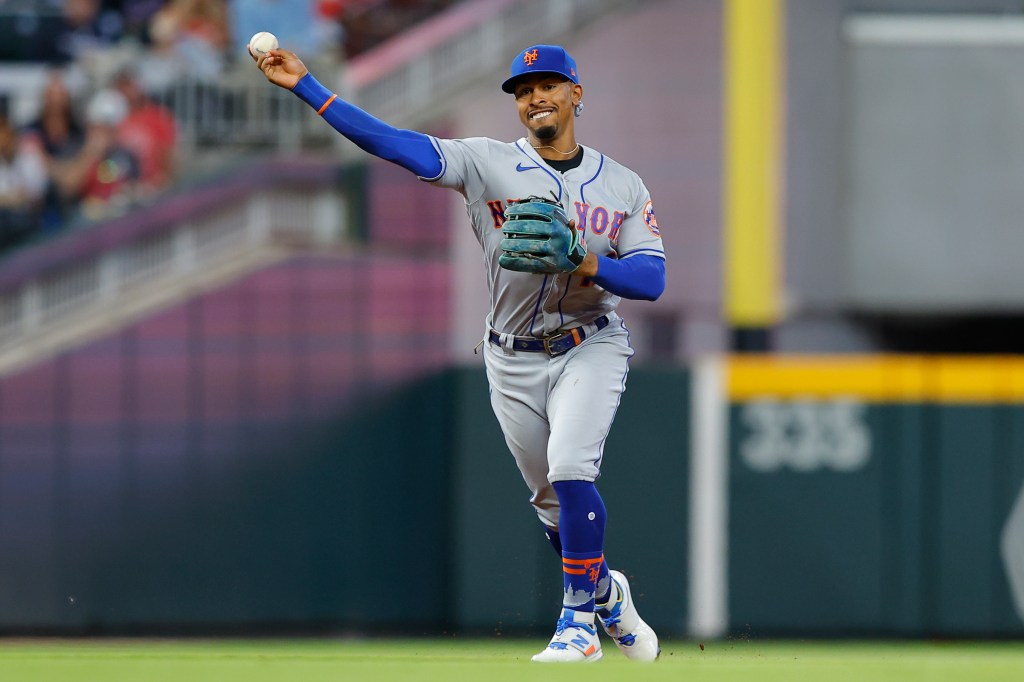 The Mets had lined up their three best starters — Jacob deGrom, Max Scherzer and Chris Bassitt — for a series in which they needed simply one win in three games to keep a tie atop the NL East and also win the season series, which guarantees the division title if there is a deadlock after 162 games. The Mets never won that game, in part, because deGrom was meh, Scherzer a degree worse and Bassitt terrible.

The trio allowed 11 runs in lasting just 14 ¹/₃ innings and so the Mets were to return to Citi Field down two games with three to play.

The starters, in particular, could not contain Swanson and Olson, who combined in this series to go 9-for-20 with six homers and nine RBIs. They had two more RBIs than the Mets had runs in the series. And it was hard to miss that these were the Braves’ shortstop and first baseman. The Mets’ top two MVP candidates are their shortstop and first baseman. And in this series Francisco Lindor and Pete Alonso combined to go 5-for-23 without an extra-base hit or an RBI. Swanson was the best player in the series on both sides of the ball. Lindor was 2-for-13.

McNeil went 7-for-13 in the series to move his batting average to .326, a point behind the Dodgers’ Freddie Freeman for the major league lead. He homered off starter Charlie Morton in the third, an inning after Daniel Vogelbach had done the same. It felt like a symbolic change in the tide. For the Braves’ overwhelming advantage in power had signified their dominance in these last two series. After McNeil’s leadoff homer, Alonso, Eduardo Escobar and Vogelbach singled consecutively to give the Mets a 3-1 lead and first and third with no outs. But Mark Canha (pop out), Luis Guillorme (strikeout) and James McCann (groundout) failed to deliver even one more run and the Mets were shut out on three singles the rest of the way in their most important game since Oct. 5, 2016. 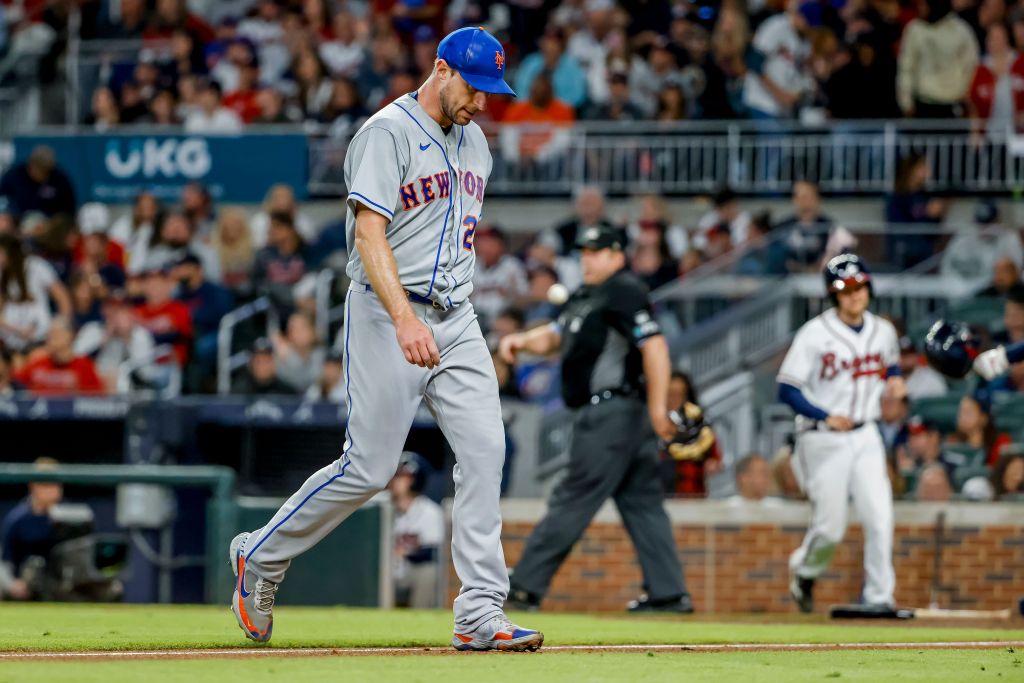 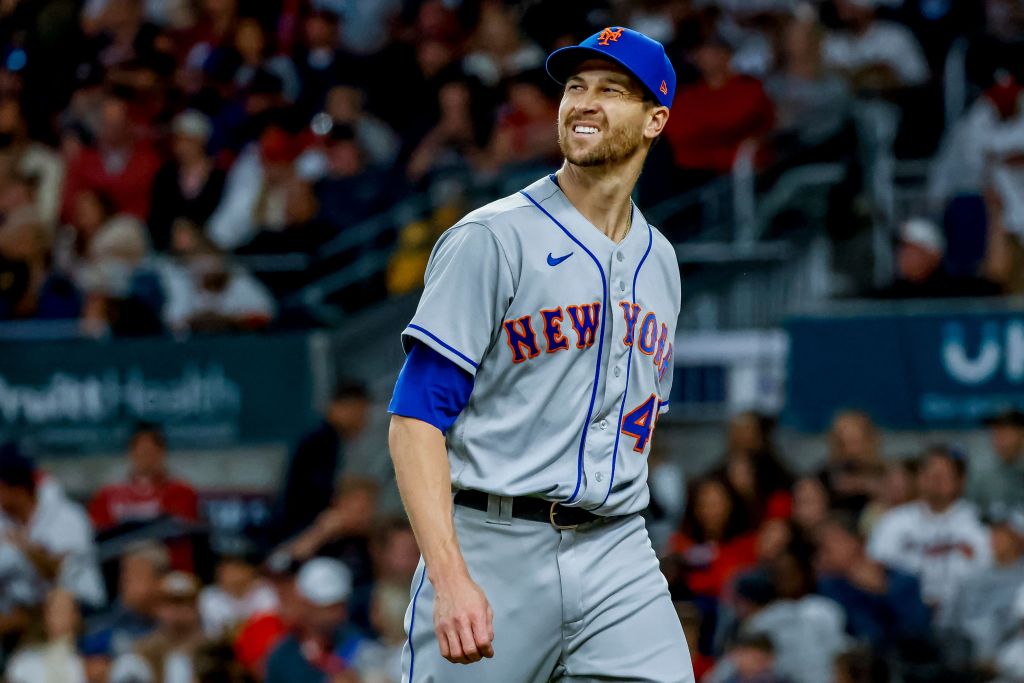 On that date — 2,188 days earlier — the Mets lost the one-game wild card to the Giants. It is long enough ago that the only 2016 Mets still around — deGrom, Seth Lugo and Brandon Nimmo (none of whom played in the wild-card game) — are free agents after this season.

But what happened this weekend at Truist Park all but assures the Mets will remain without a division title since 2015. They led the NL East for 114 days last year, but wilted and couldn’t hold off the Braves. They led for 175 days this year. But Atlanta, in first for just a sixth day, is all but certain to win the division again.

In the biggest moments, their best players just outdid the Mets.

Giants holding second Legacy Game in nod to past