Our college football betting expert brings you best betting picks and predictions for Saturday’s Big Ten game between Michigan and Iowa kicking off at Noon ET on FOX.

Michigan vs Iowa picks and analysis

The Wolverines have been dominant over their four games but should get a firm test from Iowa, which is top-notch on defense but mediocre offensively.

Michigan (4-0, 1-0 Big Ten) has won its first four games by a cumulative 200-44 and is playing like a College Football Playoff contender. However, the Wolverines were pushed at home last weekend by Maryland while recording a 34-27 victory.

Star running back Blake Corum rushed for a career-best 243 yards and also ran for two scores to raise his season output to nine. His strong running (478 on the season) has taken the pressure off Wolverines quarterback J.J. McCarthy. 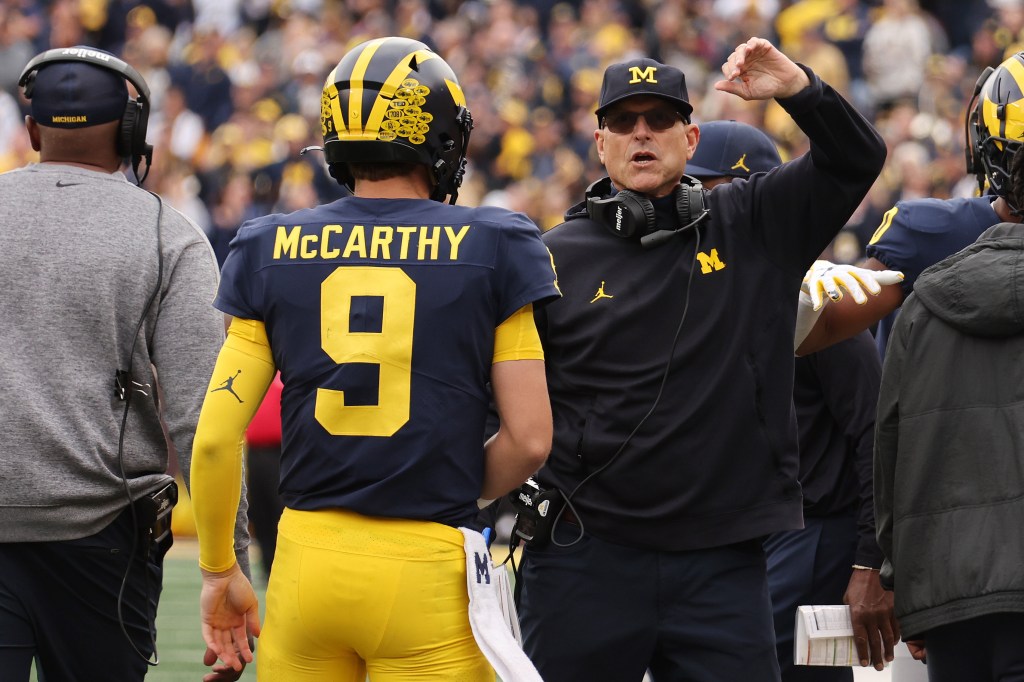 Iowa is sixth nationally in rushing defense at 73 yards per game so if Corum gets bottled up, Michigan will have to throw more. McCarthy has completed 80 percent of his throws while passing for 693 yards, five touchdowns, and no interceptions.

The Wolverines’ defense should be able to be successful against the Hawkeyes, who scored seven points in two of their four games. All signs point to Michigan winning this game by two touchdowns.

Our Pick: Michigan to cover -11 spread

Iowa (3-1, 1-0) has allowed just 23 points through four games while putting together some terrific defensive efforts. In last week’s 27-10 road victory over Rutgers, Cooper DeJean scored on an interception return and fellow defensive back Kaevon Merriweather scored on a fumble as the Hawkeyes again helped out their lackluster offense.

Quarterback Spencer Petras is completing just 51.1 percent of his passes for 524 yards, one touchdown, and two interceptions. Iowa will need a solid effort and mistake-free football from Petras if it wants to slay the Wolverines.

Iowa will count on its defense to continue the high standard as players like DeJean (three interceptions), middle linebacker Jack Campbell (39 tackles), and defensive tackle Lukas Van Ness (three sacks) are off to fine starts. The 23 points allowed through four games is the lowest by the Hawkeyes since they gave up 20 in 1956.

The Wolverines may top the 23 by itself in this matchup, and Iowa may need another defensive score to threaten to pull off an upset. Still, it is hard to take the under when one team is averaging 50 points.

Our Pick: Over 42 total points 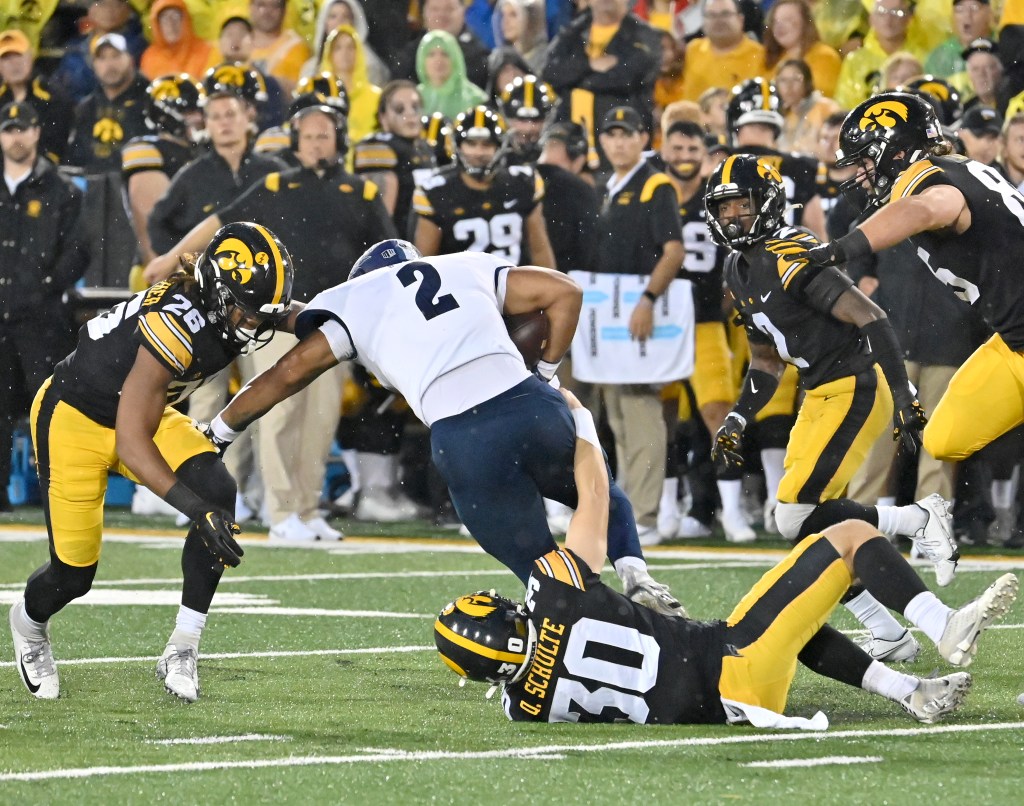 Corum’s huge effort against Maryland makes him the guy to watch in this contest. We know he isn’t running for 243 again but you also can count on coach Jim Harbaugh to give him the ball a lot.

It might not be 30 carries like last week but 20-plus handoffs seems highly probable. Corum is averaging 7.5 yards per carry but he will be trying to crack an Iowa unit allowing just 2.2 per attempt.

Michigan routed Iowa 42-3 in last year’s Big Ten title game. If he breaks another long run, he’ll certainly have a chance at a 100-yard game.

Yet the Hawkeyes have been terrific against the run his season and haven’t allowed a touchdown on the ground. Iowa figures to keep Corum from putting up huge numbers in this contest.

Our Pick: Blake Corum to rush for under 87.5 yards