“Georgia may be remembered as the state that broke Trump once and for all,” said one GOP operative. 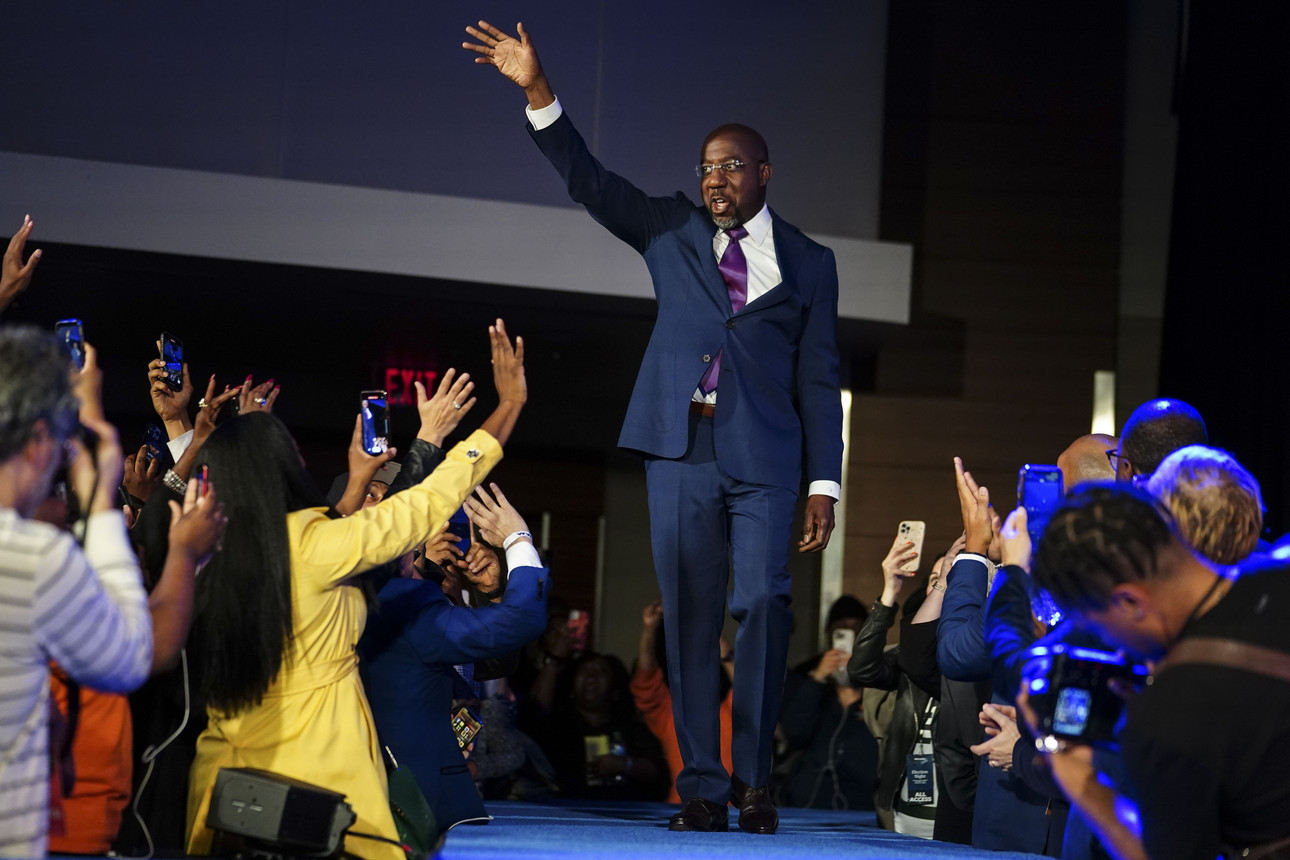 Of all the candidates Trump elevated in this year’s midterms, few resembled Trump as closely as Walker — a scandal-plagued, celebrity-turned-politician and early adopter of Trump’s lie that the 2020 election was rigged. (Walker once suggested politicians who certified results in at least some cases should “go to jail.”)

Yes, Trump kept a careful distance from Georgia in the runoff, to the relief of Republicans. And Walker may have been unelectable regardless of his ties to Trump — a non-stop gaffe machine beleaguered by allegations of domestic abuse and accusations that, despite his hard-line position on abortion, he pressured more than one woman to have the procedure.

But it was Trump who hand-picked Walker for the Georgia Senate run, just as he had chosen GOP nominees in other high-profile contests this year, and the result was one more blemish on Trump’s record — and a fitting coda to his demoralizing fall from power.

Last month, Trump’s favored candidates lost or under-performed more traditionalist Republicans across the map. His announcement that he is running again for president was met by Republicans with a collective shrug. A potential rival, Florida Gov. Ron DeSantis, has been gaining on him in public polling, while Trump, in apparent frustration, has called for the “termination” of constitutional laws.

Trump maintains a fervent base of support within the GOP, and he may rebound when the presidential campaign picks up next year. But there’s a reason Warnock aired ads in Georgia yoking Walker to Trump by simply using footage of Trump praising Walker. In a general election, the former president is that toxic.

In Georgia Senate runoffs, Trump is now 0-3, after the 2021 runoff elections in which Trump was widely blamed for deflating Republican turnout with his rhetoric about rigged elections.

“There was no Herschel candidacy until Trump opened his mouth,” he said. “The die on this thing was cast a year ago.”

Scott Jennings, a former aide to President George W. Bush and confidante to Senate GOP leader Mitch McConnell, wrote on Twitter on Tuesday night, “Georgia may be remembered as the state that broke Trump once and for all.”

Plus 1 is a big deal

Democrats were going to maintain a functional majority in the Senate no matter what happened to Warnock, with Vice President Kamala Harris breaking 50-50 ties.

But winning a real majority is hugely consequential.

For one thing, Democrats will no longer need Sen. Joe Manchin’s blessing on every bill they want to pass, instead gaining the ability to give up a vote on otherwise party-line legislation. And they can now do away with the power-sharing agreement they’ve been operating under on committees, taking full-fledged majorities on every Senate panel.

That’s likely to make confirmation of Biden’s judicial nominees move more quickly. They also gained a cushion in the event of the death of a Democratic senator from a state with a Republican governor (who would likely appoint a Republican to replace the deceased).

And then there’s the matter of 2024, when Democrats will be defending roughly two-thirds of the Senate seats up for election. Most observers are taking Warnock’s victory as a temporary gain — favoring Republicans to win the Senate that year. And even Democrats are wary of reading too much into Warnock’s win.

“I really hope that Georgia Democrats understand we can’t depend on the opponent being a Donald Trump or a Herschel Walker or on anti-Trump sentiment saving us every time,” said John Jackson, chair of the Democratic Party in Georgia’s DeKalb County.

But predictions of a red wave were off this year, and by holding one seat on Tuesday — even if they did get a lucky draw with Walker — Democrats made their 2024 campaign that much more manageable.

For Republicans, said Mark Rountree, a GOP strategist in Georgia, “starting from parity would have been better than behind.”

Brian Kemp is the real winner in Georgia

There’s a reason Gov. Brian Kemp’s name is being floated as a potential presidential contender. He may be one of the savviest Republican politicians in the country.

First, Kemp survived Trump’s wrath for his resistance to Trump’s effort to overturn the 2020 election, easily winning re-election. Then he went all in for Walker, a win-win for Kemp. Had Walker won, Kemp would have gotten all the credit — as former New Jersey Gov. Chris Christie joked — for being “the first human being who ever dragged Herschel Walker over the goal line.”

But no one was blaming Kemp for Walker’s defeat.

Instead, Republicans were crediting him all night with helping Walker keep it so close, while Kemp has been getting headlines like these: “Brian Kemp Is GOP’s Best Bet for 2024,” “Georgia Gov. Kemp insists he’s ‘not thinking’ about a 2024 bid,” and Brian Kemp 2024? The GOP Georgia governor who stood up to Donald Trump is having a moment.

Multiple Republicans in Georgia said this week that they doubted Kemp would run for president in 2024, whether for political or family reasons. But he isn’t ruling it out. And even if he doesn’t run, there are other high-profile roles a governor from a swing state can fill in presidential politics.

“I don’t think he’ll pull the trigger for president,” said Jason Shepherd, a former chair of the Republican Party in Georgia’s Cobb County, in the Atlanta suburbs. “But if he ends up on the ticket as a vice presidential nominee, that means the presidential candidate made a very smart move. … It makes sense. Georgia’s a swing state. To win the White House, you’ve got to keep Georgia in the Republican column.”

Watson, the former state party chair, said that at a minimum, Kemp has “earned a seat at the table in a national discussion, either as a candidate or a party leader in how we win elections and how we govern effectively.”

He said, “The year ends with an exclamation point next to Brian Kemp’s name regardless of what the future holds.”