Migrants from Venezuela, Cuba, and Nicaragua “are driving a new wave of migration across the Western Hemisphere, including the recent increase in encounters at the southwest U.S. border,” said U.S. Customs and Border Protection Commissioner Chris Magnus this week. “[T]]hose fleeing repressive regimes pose significant challenges for processing and removal.”

More than 203,000 migrants were stopped along the length of the US southern border with Mexico in August, according to CBP statistics released earlier this week. Of that number, 55,333 were from Cuba, Venezuela, and Nicaragua — a 175% surge in migrants from those countries compared to the previous year, CBP data shows.

Many are overwhelming border crossings near El Paso, Texas, where hundreds of migrants from Venezuela have been giving themselves up to border agents every day since the beginning of September.

“El Paso Sector has seen a significant increase in the number of migrants during recent weeks, specifically Venezuelan nationals, giving themselves up to Border Patrol Agents primarily near the downtown area,” a CBP officer told The Post. 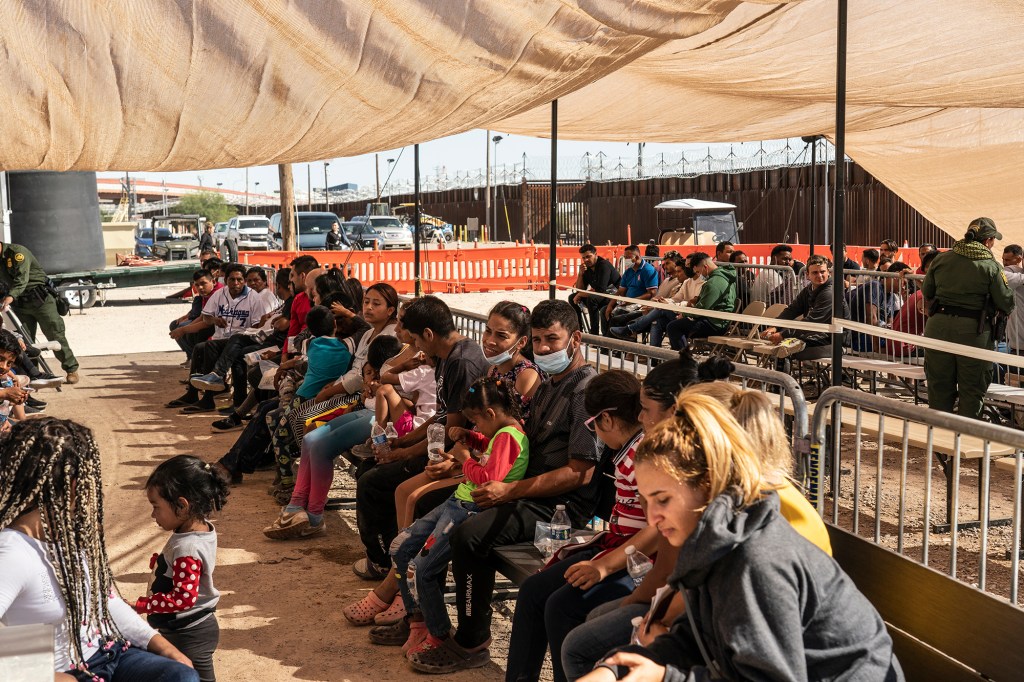 “Since Sept. 1, El Paso Sector has encountered an average of over 618 Venezuelan Nationals per day. We are also seeing migrants from other countries giving themselves up in addition to the Venezuelan populations, to include migrants from Colombia, Nicaragua, Turkey, and Ecuador.”

More than 6.8 million Venezuelans have left their country to flee an economic crisis that began in 2014 and worsened during the coronavirus pandemic, according to the United Nations High Commissioner for Refugees. Many are also fleeing the repressive dictatorship of president Nicholas Maduro, who has ruled the country since 2013.

Migrant crisis moves North: Here’s what’s happening around the country as border states bus migrants around the US

“People continue to leave Venezuela to escape violence, insecurity, and threats as well as lack of food, medicine, and essential services,” said the UNHCR in a recent statement.  “This has become the second-largest external displacement crisis in the world. The COVID-19 pandemic compounded an already difficult situation forcing Venezuelans deeper into poverty.”

According to CBP, “a significant number of Cuban and Venezuelan migrants” as well as “an increased number of migrants fleeing Nicaragua” have crossed the border at El Paso. “While nationals from these countries present unique circumstances, CBP is executing its plan, decompressing the area and safely and efficiently processing the individuals so that they are placed in immigration enforcement proceedings.”

As part of their “decompression” efforts, Border Patrol agents at El Paso, which has averaged more than 1,500 migrant “encounters” per day, are processing and provisionally releasing some of the migrants into the US if they are eligible for immigration proceedings

Many of those migrants are bused to New York City. As The Post reported last week, Mayor Eric Adams agreed to “welcome” those sent by his Democratic counterpart in El Paso — despite harshly denouncing Republican Gov. Greg Abbott over a similar relocation program.

The deal — which sees the city embrace as many as 200 new arrivals a day — also came as Adams repeatedly blamed the ongoing influx of migrants for overwhelming the city’s shelter system, which he said was “nearing its breaking point.”

Earlier this year, the UNHCR reported a significant rise in the numbers of Nicaraguan migrants crossing into neighboring Costa Rica, fleeing political repression and economic hardships in their own country. There are more than 150,000 Nicaraguan refugees in the country, with many on their way to the US, according to reports.

“More Nicaraguans are currently seeking protection in Costa Rica than all the refugees and asylum seekers combined, during Central America’s civil wars in the 1980s, when Costa Rica was a sanctuary for those fleeing violence,” said UNHCR spokesman Boris Cheshirkov in a statement.

Along the US/Mexico border, migrant crossings saw a record high this fiscal year, which ends Sept. 30, with 2,150,244 migrant “encounters.”

‘Living hell’ and the destruction of academic freedom