Desperate migrants are still lining up overnight outside New York City’s ICE headquarters in wintry temperatures — only to be turned away by security guards because the backlogged agency has already reached its apparent daily quota to process them.

“If you want ICE you have to come very early in the morning — like 3 in the morning. After 500 people, they are finished,” a security guard told The Post outside 26 Federal Plaza in Lower Manhattan on Monday.

Asylum seekers were still facing chaotic scenes outside the immigration offices Monday — even after The Post reported last week on the capricious processing issues and how some migrants had even formed a makeshift mini-tent city just to get a foot in the door.

While there were no signs of the tents Monday, migrants without scheduled processing appointments were being forced to stand in a line that stretched several blocks early in the morning — and were only being served on a first-come-first-served basis.

“They are closed again, I have to come back again,” one mom, who was carrying her small son in a blanket, told The Post before storming off.

Once the first 500 or so migrants are let through the barricades, the rest are then turned away and told to repeat the same tedious process the following day, according to the security guards posted outside. 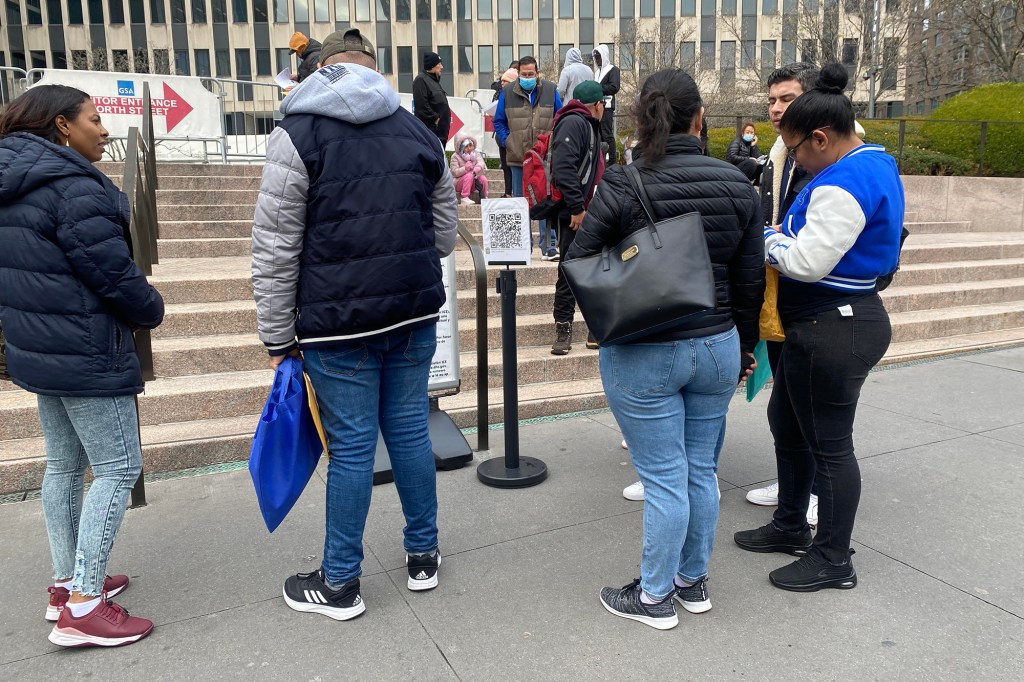 “Why come early in the morning, when you can make an appointment and wait in the other line — the line at 3 in the morning is all the way to Brooklyn Bridge,” one guard said.

But even those who have arranged an appointment ahead of time are still facing frustrating scenes as they arrive at 26 Federal Plaza.

The Post spotted a number of migrants frantically waving their appointment confirmation papers in the air early Monday.

Some could be heard screaming out their appointment times as they tried to get noticed by security.

The guards then checked each person’s confirmation for proof of a scheduled time before herding the migrants through a barricade.

After a certain point, security announced they’d only be taking through those who had appointments booked for 9.30 a.m. or earlier. 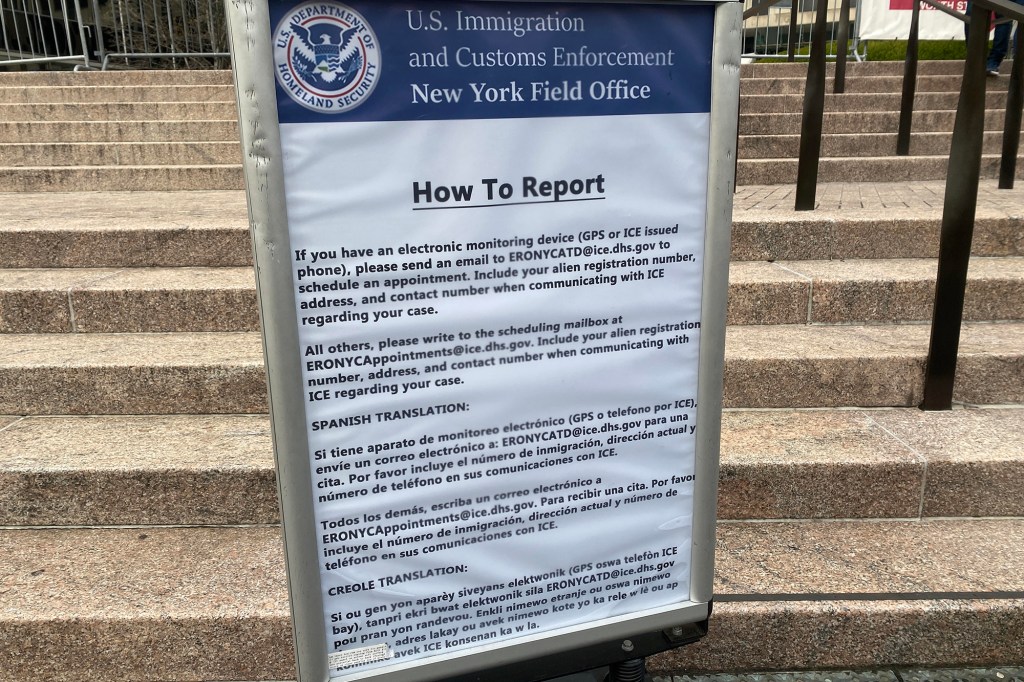 And by 9.30 a.m., a security guard had started telling migrants “ICE was closed” — and they should come back “early in the morning” at around 3 a.m.

ICE didn’t immediately respond to The Post’s request for comment on the apparent 500 person daily limit.

The agency also didn’t address if more federal resources had been dedicated to helping the Big Apple cope with the thousands of migrants that have flooded the city in recent months as the Biden administration grapples with its ongoing border crisis.

About 27,200 asylum seekers have gone through New York City’s intake system and offered shelter in the five boroughs since the spring, according to the latest figures provided by city officials.

More than 19,500 migrants are currently being cared for at 57 emergency shelters and three Humanitarian Emergency Response and Relief Centers.