Mike Kafka might be wise to add whipped cream and sprinkles to his typical preseason game plan.

Like most teams, the Giants don't want to reveal much to discerning future opponents when they face the New England Patriots on Thursday. But Kafka, who became his offensive coordinator for the first time, impresses Head his coach Brian his Davor, whileregulars play his calling duties even as his season begins. trying to keep

There is a double-edged sword out there.

"I see this as an opportunity," said Kafka. “Everyone works hard to build teams and show that they can build their own roles. We want to put them in position...there's a balance."

Daboll — former Buffalo Bills offensive coordinator — and Kafka — former Kansas City Chiefs quarterback coach — the appearance of the offense created by combining is the main point of the plot. at the preseason opener. The Bills (28.4) and Chiefs (28.2) each ranked third in points per game last season and he ranked fourth, while the Giants ranked him 31st (15.2).

"It's part Daves and part Kafka," said receiver Robert Foster, who played for the University of Alabama under Davor and for the Bills. “They are different people, but they both come from aggressive teams, so they marinate well.” 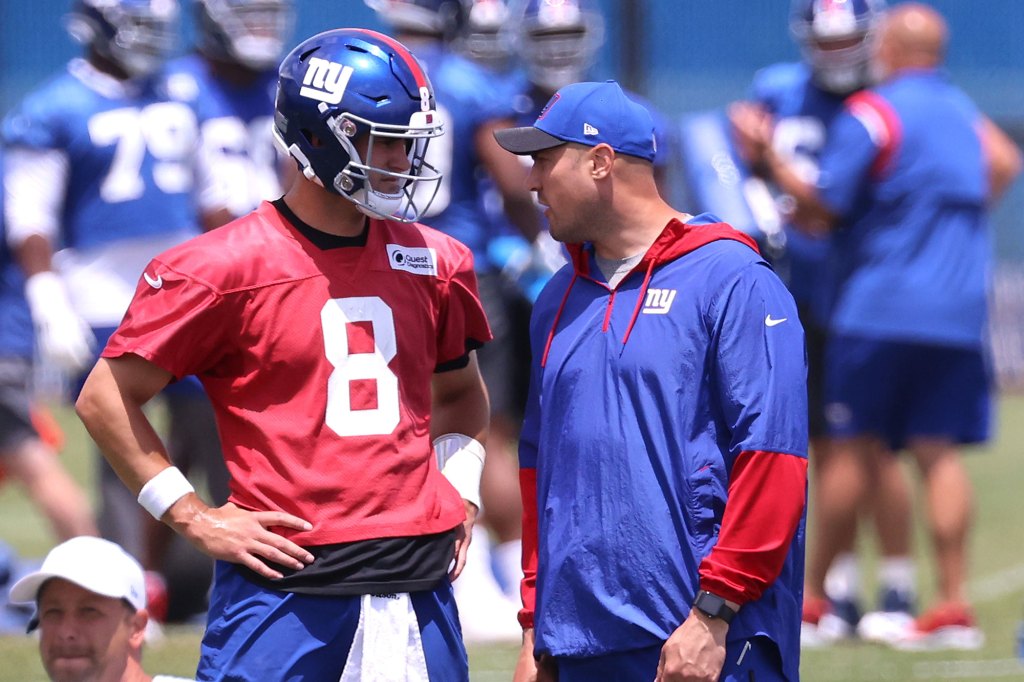 Daniel Jones "does a phenomenal job," leading and pushing the tempo, Kafka said. As soon as the word was spoken, Jones misfired on 10 of 15 passes and threw two interceptions in practice Monday.

"As a quarterback, you're playing the game through the eyes of your coordinator," says Kafka, a former NFL journeyman turned coach and third-his stringer in 2016. I was. Plays His intent as a caller and why he is calling certain plays. When they get to the same page, I think you can really see something special there. ”

One of the issues that must be addressed is communication. Not just between Jones and the rest of the offense, but in the headset as well.

"Sometimes it's hyped up and maybe a little too loud," Kafka said of having Jones rush the play. I think I'm probably just yelling it too fast and suddenly it comes out a bit too confused.

I've spent a lot of time practicing drilling down on situations like red zones, short yards, 2 minutes, etc. in the hopes that it will lead to wavelengths. "What would you call Brian?"

"This game is all about matchups," said Matt Breida, who played for the Bills. “If we feel that the opponent is better in a 1v1 matchup, we will reveal it all day long.

Other notable standings: TE Ricky Seals-Jones is the fifth team player to miss eight practices in a row. WR Darius Slayton is second team ahead of David Sills, C.J. Boad and Colin Johnson, all of whom appear to be top of the rotation of practice personnel. CB Rodarius Williams (ACL recovered) and S Dane Belton (broken collarbone) are second on his team, OLB Aziz Ojulari (hamstring) is first on his team despite not practicing.