Middle Tennessee State University head football coach Rick Stockstill is continuing his media tour where he's not holding any thoughts back on pulling off the biggest upset of the season thus far over Miami this past week.

This time around, Stockstill spoke to "104.5 The Zone" in Nashville about the 45-31 win over the Hurricanes, and mentioned that the program paid MTSU $1.5 million to travel to Florida to play them on their home turf.

Why? It was supposed to be an easy win. But Stockstill's squad didn't see that come to fruition. 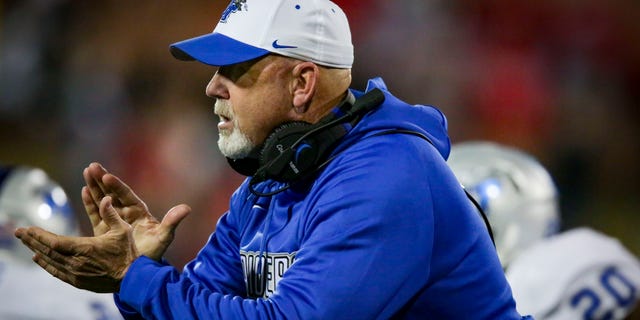 After the game, he explained how his Blue Raiders were 26-point underdogs to Miami, but a few defensive stops near their end zone and stellar offense changed the narrative about his program entirely.

"It’s always fun to do stuff that nobody thinks you can do," he told reporters. "Coming down here 26-point dogs and kicking their butt like we said, ‘cause it was a butt-kicking. There was no fluke to this. Just really proud of our team. We were the tougher team here tonight."

MTSU quarterback Chase Cunningham only threw 25 times, but his receivers made it count as he totaled 408 yards with three touchdowns and one interception on 16 completions. 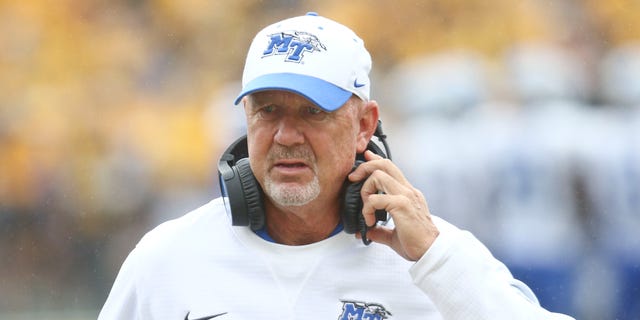 Head coach Rick Stockstill of the Middle Tennessee Blue Raiders walks the sidelines in the first half against the Iowa Hawkeyes, on Sept. 28, 2019 at Kinnick Stadium in Iowa City, Iowa.  (Matthew Holst/Getty Images)

DJ Chisolm was the lead receiver, catching two bombs downfield for 169 yards on just two catches with both going for scores.

Jaylin Lane had four catches for 130 yards, while Elijah Metcalf had a 69-yard touchdown catch. 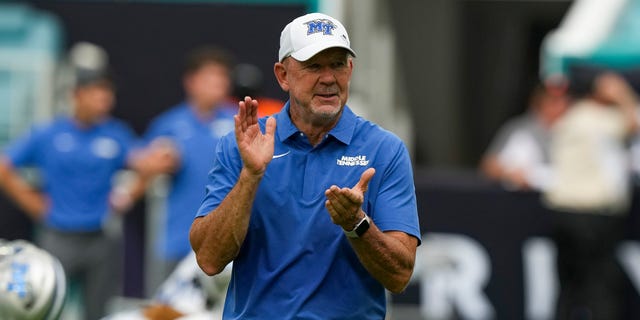 Head Coach Rick Stockstill of the Middle Tennessee Blue Raiders during pregame before the game against the Miami Hurricanes on Sept. 24, 2022 in Miami Gardens, Fla. (Eric Espada/Getty Images)

Miami’s Tyler Van Dyke didn’t have his best performance, going 16-for-32 for 138 yards with one touchdown and two interceptions.

MTSU returns home to face the University of Texas-San Antonio on Friday.