The planes collided with each other just before 3:00 pm as they were attempting to land at Watsonville Municipal Airport, according to Watsonville City officials.

The city has not released an exact death toll. The FAA reported that one person was involved in a single-engine Cessna 152 and two were aboard a twin-engine Cessna 340.

Pictures of the aftermath of the crash shared by the city show the building's exterior walls collapsing due to aircraft parts inside. 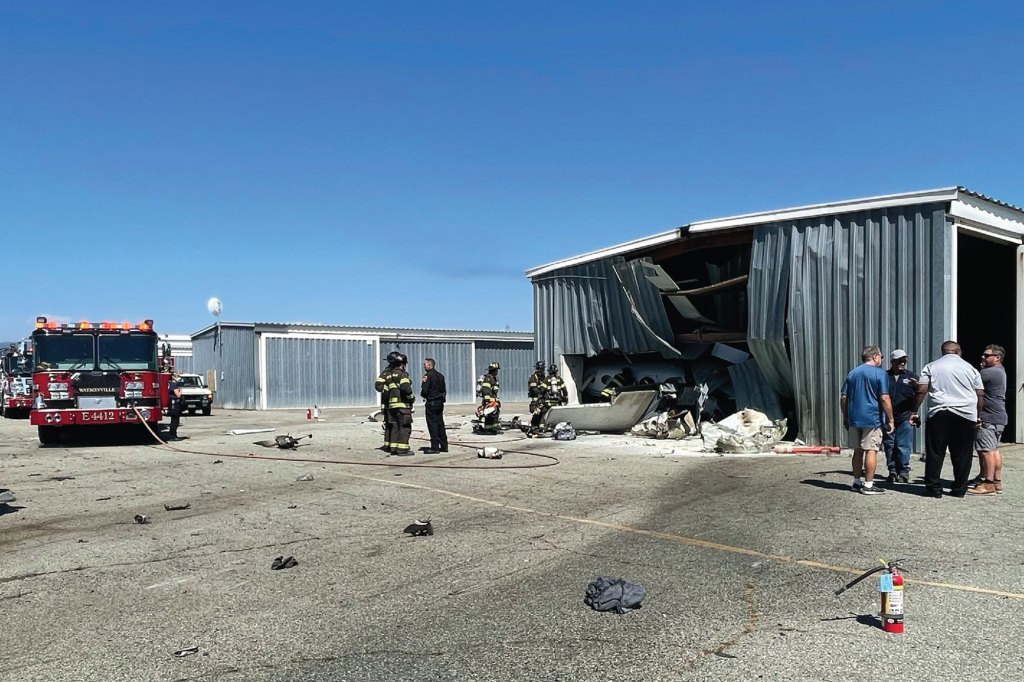 The city of Wastonville reported Thursday that he suffered multiple deaths after two planes collided.

No casualties reported to those on the ground.

The FAA and the National Transportation Safety Board are investigating the crash.