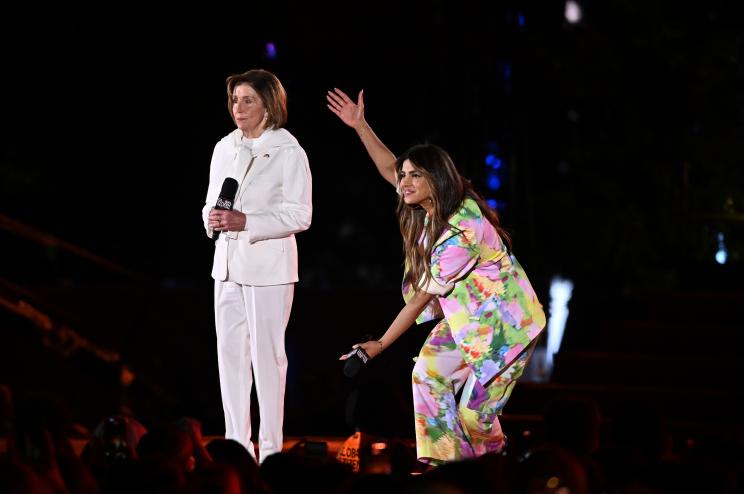 House Speaker Nancy Pelosi was not so warmly received when she made a surprise guest appearance at the Global Citizen’s music festival in Central Park Saturday night.

Pelosi, wearing a white pantsuit and matching scarf, appeared to be booed as she took the stage to speak briefly, social media video shows.

The California Democrat, who also appeared at the festival in 2016, this time posed backstage with Nick Jonas’ wife, actor and activist Priyanka Chopra Jonas, who was one of the show’s hosts.

The annual music festival offers free tickets to tens of thousands of fans who take action toward ending extreme poverty.

To date, the organization has raised $41.4 billion it has distributed to organizations across the globe, impacting over a billion people in its efforts, according to its website.

This year’s festival featured major acts such as Metallica, Usher, Mariah Carey and The Jonas Brothers, who performed for the Great Lawn.