Days after Hurricane Ian pummeled Florida, some people are still stuck in the areas the storm hit hardest. This includes Pine Island, a small island near the state’s southwestern coast. Ian knocked out the community’s only bridge to the mainland.

Fox News joined the Florida National Guard on a helicopter flight to the island. The main mission is dropping off supplies to the area just off of Fort Myers.

Many people stayed home as the hurricane hit, and since there’s no way to leave, they are relying on help from flights like this.

"The main reason I joined the National Guard was because I saw soldiers that were out during Hurricane Charlie," said Chief Warrant Officer Freddie Hogan, who grew up in the area. 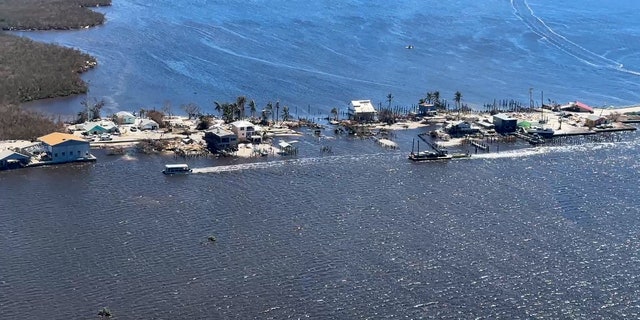 Hogan and his crew packed the chopper full of food and water. On the way to the island, they flew over Florida’s beaches to look for people, dead or alive, that needed to be recovered along the mangled coast.

"It's just pretty well smashed by the hurricane. And it's hard to see," Hogan said.

Pine Island looks desolate from above, but many people are staying there, like Bob Colin.

"We're depending on people that live on the island to transport us back and forth, ferry us on private boats," Colin said.

The National Guard is unsure of how many people are staying on the island. 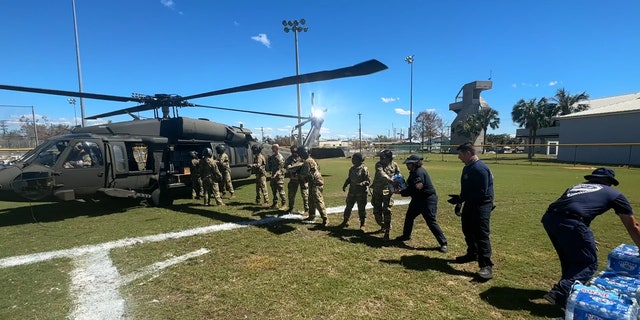 As soldiers unloaded supplies, we asked Colin why some are choosing to stay.

"Because it's their home, and they have no place to go or, you know, they don't have the funds to travel to stay in a motel or an apartment," he said.

Colin said people are also staying put because they’re afraid their property will get looted. Locals appreciate the support, but said they need more help.

"It's good because they're bringing food and water, emergency supplies, but we really need the road into the island repaired so that we can drive in," Colin said. 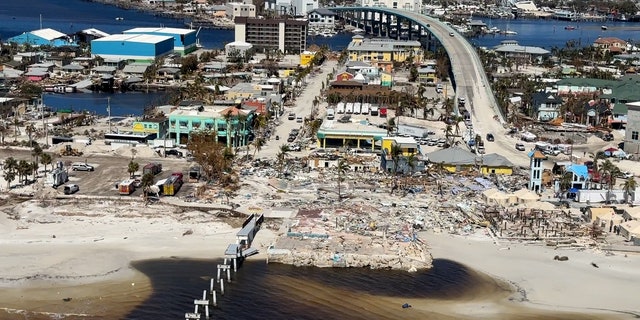 As the Florida National Guard flies to deliver supplies to victims of Hurricane Ian, they scan the beaches for anyone who needs help along the way. (Fox News / Austin Westfall)

The crew was only on the ground for about 15 minutes before heading back to Fort Myers.

Governor Ron DeSantis said the bridge will be rebuilt by Saturday. Until then, the supply missions will continue several times a day. The U.S. Coast Guard has also evacuated some people by boat.

The Florida National Guard is being supported by PrivateSky Aviation, located next to Southwest Florida International Airport.

Austin Westfall joined FOX News in 2021 as a multimedia reporter in Charlotte.

Millions wrongly told they were approved for debt forgiveness

How to watch the Georgia Senate runoff results

Home from ‘The Goonies’ sells to a fan days after listing

Tainted fuel could have caused choppers to crash in NYC

What life insurance for seniors can cover

Michael Avenatti sentenced to 14 years for stealing from clients

Elon, your claims of the death of ‘conventional news’ are greatly exaggerated

3 of the best reasons to buy pet insurance

The Billionaire Taking Over India's NDTV

AI Chatbots Are Getting Better. But an Interview With ChatGPT Reveals Their Limits

Trump denies he suggested ‘termination’ of Constitution, without deleting post