The Nets have played much better of late. Now they’ll face the league’s best.

Riding an NBA-high four-game winning streak, with six wins in a row at home, the Nets will put that on the line Sunday against the visiting Celtics. White-hot Boston is 18-5, the runaway leader for the best record in basketball.

“Yeah, we’ve got to be solid, you know? We can’t make mistakes ourselves, because they capitalize on it,” Kevin Durant said. “So we’ve just got to be solid, be ready to play. I’m excited about it.”

The Nets (13-11) were mired just 13th place in the Eastern Conference a month ago, but they’ve climbed to sixth — just percentage points behind No. 5 Indiana and a half-game behind fourth-place Atlanta.

But they will have to play a more complete game against Boston than they did Friday, when they ran out to a 36-point cushion against the Raptors before losing focus and having to hold on in the final stages.

“Well, we don’t want the end of the game to go similar to what we had [Friday]. It turned into a little bit of an All-Star game at the end, just a lot of easy baskets that Toronto was getting,” Kyrie Irving said. “Just for us to be a good team, we just got to play for a full 48 minutes.” 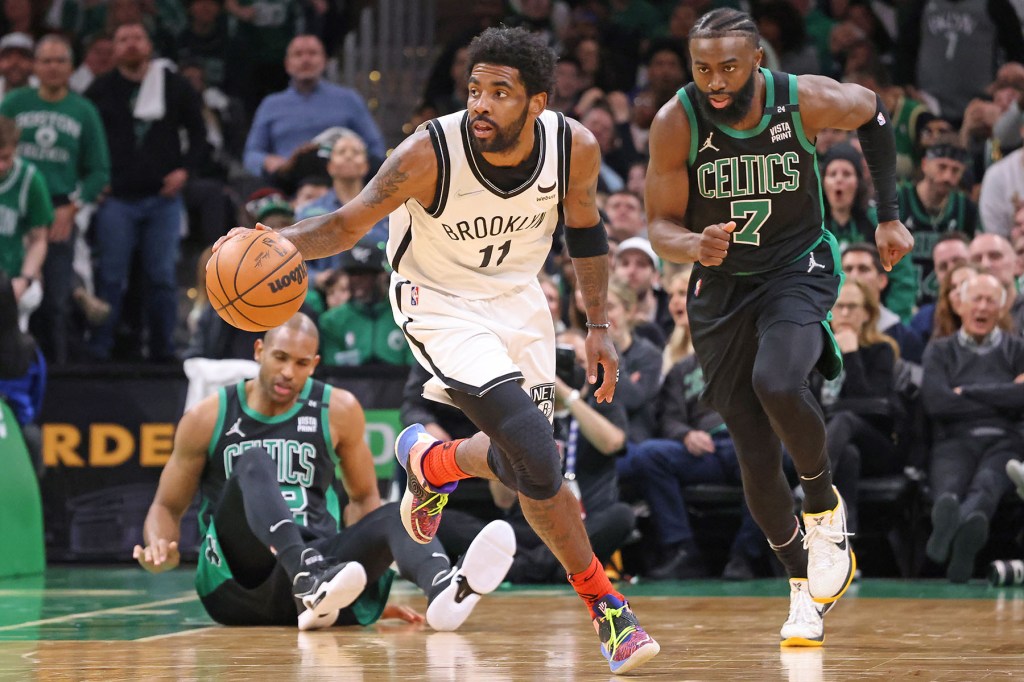 Simmons will miss a third straight game with the strain, after a swollen knee cost him a total of five earlier this season. He is expected to be evaluated again after Sunday. Watanabe will miss his eighth consecutive game.

Sumner suffered the glute injury on a fall during the win Friday over Toronto.

Boston guard Marcus Smart is questionable for Sunday with a left hip contusion.

Durant entered Saturday leading the league in points (716) and minutes, while Nic Claxton was tops in field goal percentage (72.8 percent) and Watanabe was best in 3-point shooting (57.1 percent).

Joe Harris appears to be shaking out of his malaise. He has averaged 16.0 points in his last three games, after mustering just 2.5 per game in his prior four.

The Nets are in the midst of a seven-game homestand, their longest since 2009-10. They’ll enter Sunday 4-0 on the homestand.