An Indiana man accused of killing two teenage girls in the infamous Delphi murder case was linked to the crime through an unspent bullet found at the scene, newly revealed documents show.

CVS worker Richard Matthew Allen, 50, was charged in October after an analysis concluded a 40-caliber round that was found between the bodies of 14-year-old Libby German and 13-year-old Abby Williams had come from a gun he owned, according to a probable cause affidavit made public Tuesday.

The affidavit had been sealed until Tuesday at the request of prosecutors who had said they didn’t believe Allen was “the only actor involved” in the shocking 2017 murders.

Judge Frances Gull ordered it released with redactions Tuesday, but the affidavit doesn’t indicate anyone else was involved in the killings. 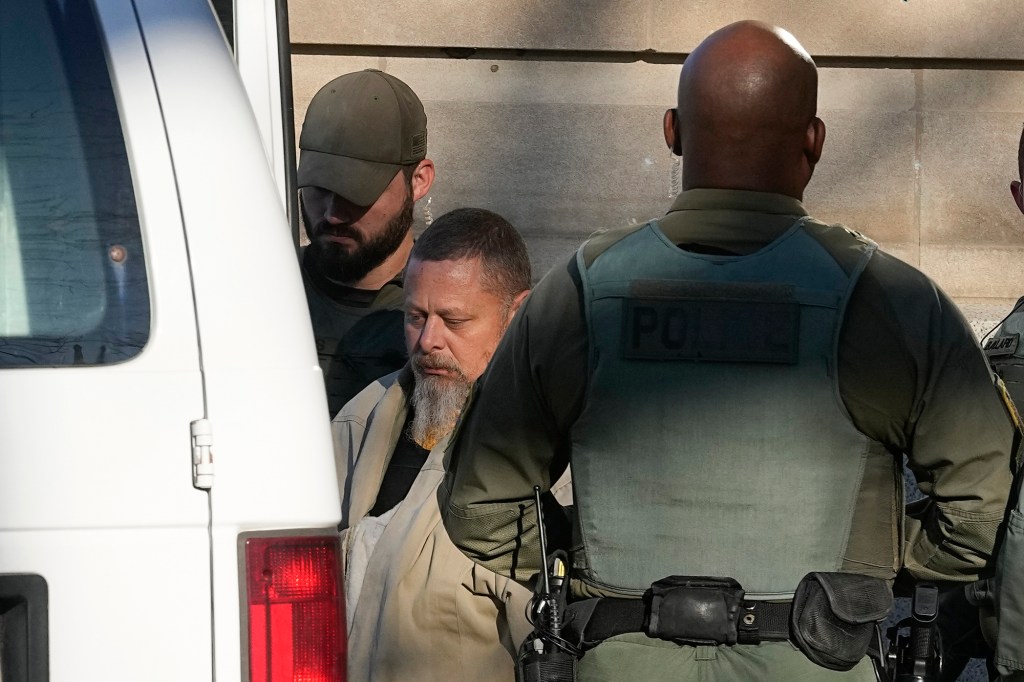 Police and prosecutors still haven’t described how the girls were killed.

German and Williams disappeared on Feb. 13, 2017 while on a hike on the Monon High Bridge Trail in the small city of Delphi. They were found dead the next day after they failed to show up to a designated pickup location.

Eerie cellphone video shot by German showed the two on the trail at around 2:14 p.m. on the day they vanished as a man approaches, with one of the girls heard saying “gun,” according to the affidavit. The man later orders the girl off the trail by saying “guys, don’t the hill,” the document stated.

The video cuts as the girls head down the hill. There were no further videos of cellphone communications after that video, according to the affidavit. 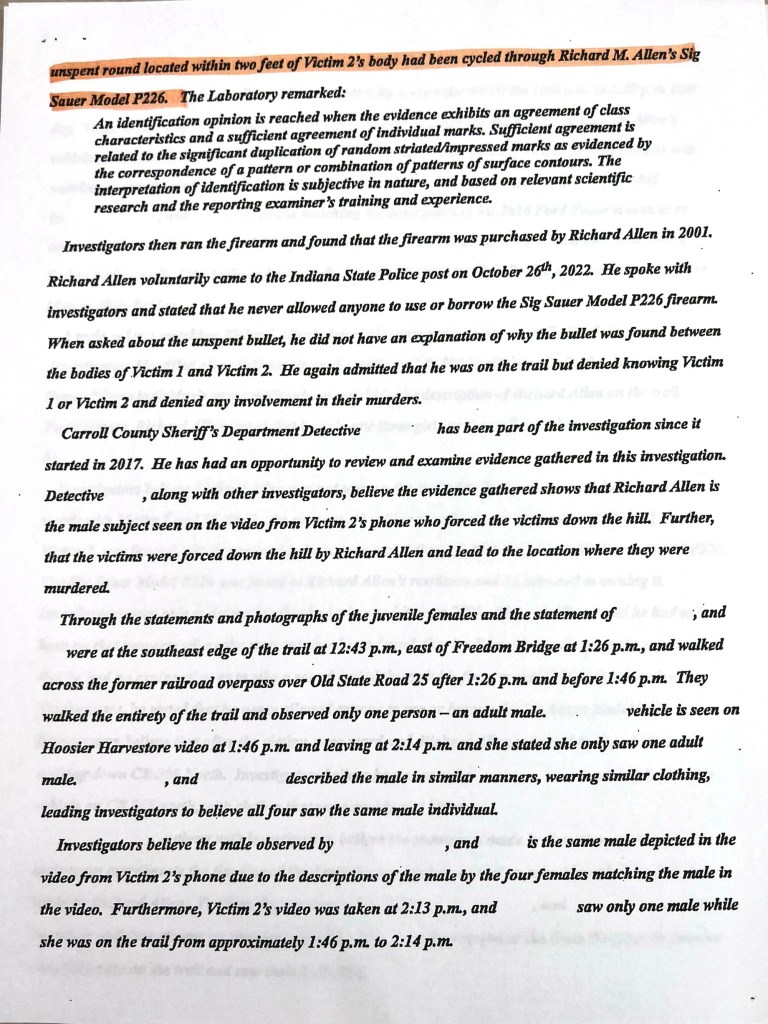 The probable cause affidavit said Allen admitted to hiking on the same trail the day the girls vanished, although he denied seeing the victims or having any involvement with their murders. Witnesses described seeing a man matching Allen’s general description on the trail that day, with one girl describing him as “kind of creepy.”

One witness described a man walking “with a purpose like he knew where he was going.”

A witness claims to have been walking with friends and said “hi” to a man that appeared to be Allen, who only silently “glared at them” in response. Witness descriptions of a small SUV or “smart car” matched Allen’s 2016 Ford Focus, which was parked a trailhead at the time of the murders, cops said.

After the time of the cellphone video, other witnesses did not report seeing a man on the trail, which authorities concluded was evidence that he had walked off the trail with the victims. 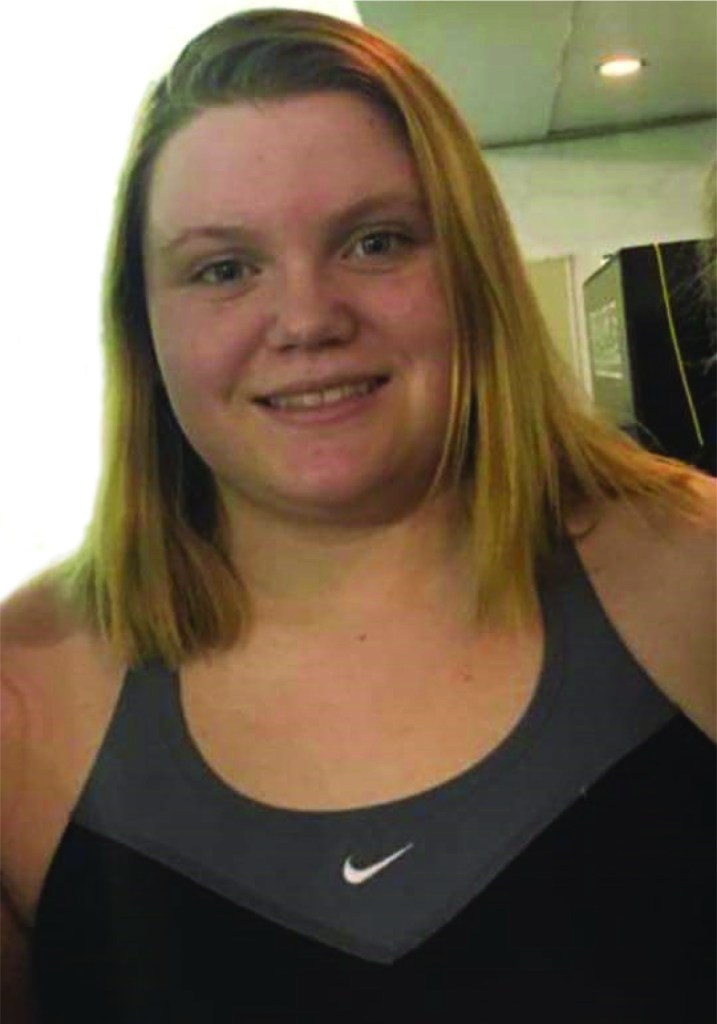 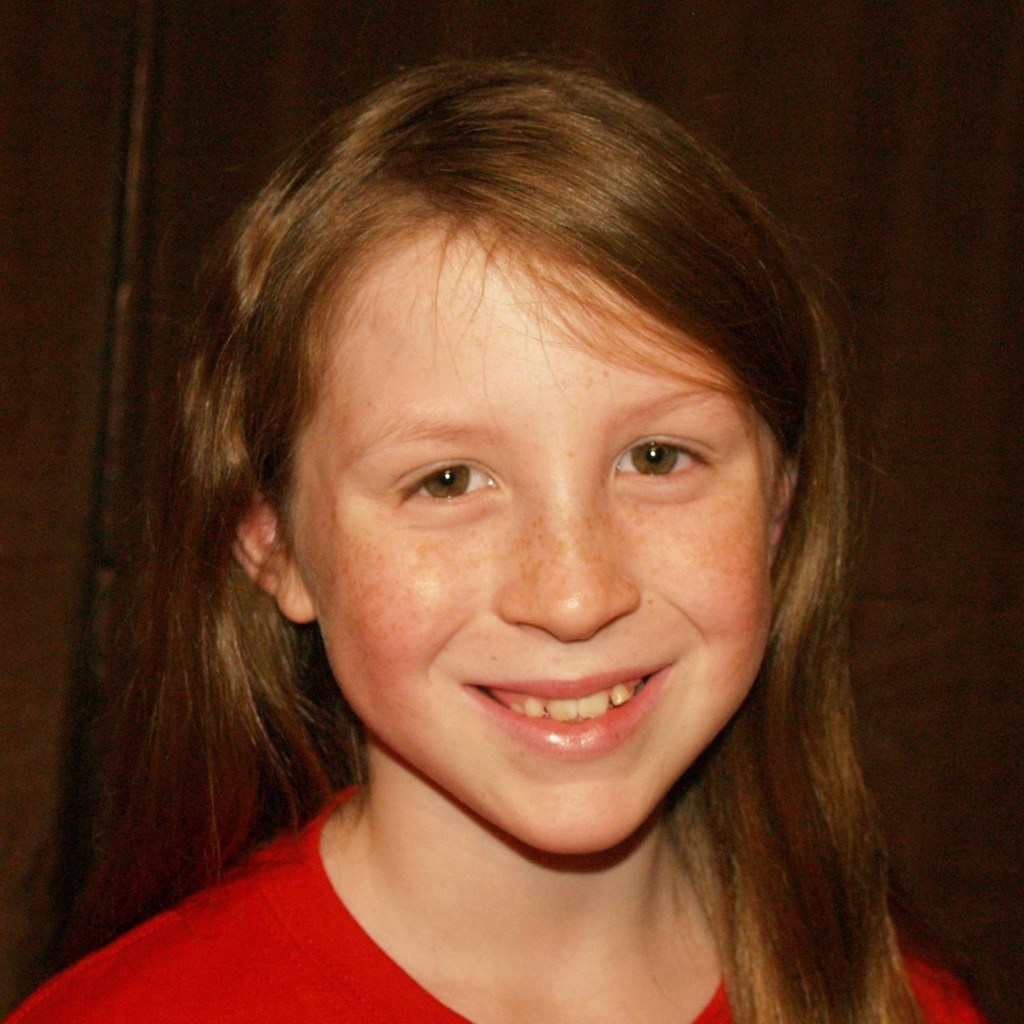 Allen, who is married and had no prior criminal record, had been interviewed by police in 2017. It isn’t clear what took authorities so long for investigative follow-ups, but a search of his home on Oct. 13 uncovered several weapons including a Sig Auer Model P222 that an analysis connected to that gun to the unspent round that had extraction marks on it, according to the records.

Allen continued to deny involvement but couldn’t explain the bullet. He told authorities no one else had access to his gun nor would have used it, the document showed.

A man in jail on unrelated child pornography charges had been linked to the killings after he allegedly made plans to meet German at the bridge using a social media profile. That man, Kegan Kline, 27, hasn’t been charged in the Delphi case.