As one of the new Knicks City Dancers, Alexa Robertson has the perfectly toned abs you’d expect of the women performing at halftime at Madison Square Garden and entertaining fans during timeouts.

But, her taut midsection is also criss-crossed with large scars.

At age 4, she was a promising, passionate young dancer when she diagnosed with a stage 4 Wilms’ tumor, a rare kidney cancer. An X-ray revealed a huge mass in her chest, and doctors rushed her into surgery.

“I didn’t really know what was going on but I knew I was being hurled into a chaotic environment,” Robertson, now 22, told The Post.

She was in the operating room for eight hours, and, at one point, she lost so much blood her heart stopped and she had to be revived. Doctors decided to put her on life support and keep the tumor in her body until she was stronger.

“I was given an 11% chance of survival,” Robertson said.

She underwent months of chemo and radiation before going under the knife yet again in the spring of 2005. It was only then that doctors were able to successfully remove the tumor, which by then had grown to the size of a grapefruit. The intensive treatments took a toll on her young body, but she was determined to get back to dancing.

“When I was released, I was in a stroller being wheeled around,” said Robertson. By the end of that summer, she was back on stage.

“I was up there with purpose and poise,” said Robertson, who recently watched an old video of the performance and cried.

Still, it would take another six years of surgeries, hospitalizations and setbacks for her cancer to officially be in remission. But the illness never stopped her from excelling as a dancer.

Her efforts paid off when, in 2015, Robertson made the cut as one of just eight dancers chosen to perform with Janet Jackson during the Raleigh stop of the singer’s 2015 world tour. 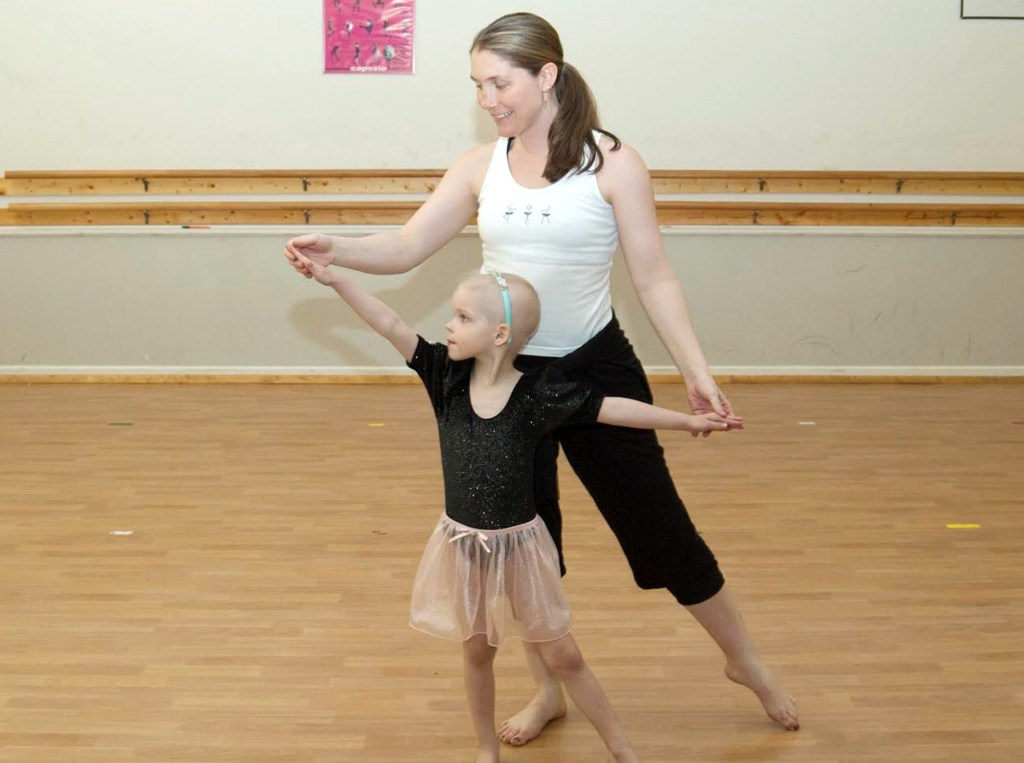 “Being on stage with her, seeing thousands of cheering fans and doing the iconic ‘Rhythm Nation’ choreography right next to Janet, is where I fully felt this fire in me,” Robertson said of the experience.

More recently, she was one of just eight women selected from 500 hopefuls to be part of the newly revamped Knicks City Dancers. The squad has been significantly whittled down from upwards of 20, and now stages more elaborate numbers that are overseen by Emmy Award-winning artist Fatima Robinson.

They are also now full-time employees of Madison Square Garden, a massive shift for the team but also in the larger world of professional team cheerleaders and dancers whose coveted gigs often pay very little — a topic that has sparked controversy and lawsuits.

The Murray Hill resident said her initial twirl at the World’s Most Famous Arena did not disappoint.

“The energy is palpable. Performing at MSG is a pivotal moment in a performer’s career.”

After all she went through as a child, Robertson, who majored in biology and minored in chemistry and dance at Duke University, hopes to one day be a pediatric surgeon. But, for now, she’s relishing her new gig at MSG — dancing her heart out with her scars on full display.

“I proudly bear them,” she said. “There have been two constants in my life: medicine and dance.”