A New Mexico State basketball starter has been suspended over an incident in which he shot and killed an assailant.

Mike Peake, a junior forward on New Mexico State, got in an altercation at the school’s football game against rival New Mexico in October. When the schools played each other in basketball on New Mexico’s campus, Peake was “lured” into what he thought would be sexual activity by a 17-year-old girl and ambushed by three men. Peake was attacked with a baseball bat and shot at while running away. He fired back, killing one of his assailants.

“I cannot or the school can’t comment on his status as a student, but Mike is indefinitely suspended from the program pending the university process and current ongoing investigation process,” Moccia said.

The incident happened on Nov. 19, but the suspension was not announced until Monday. 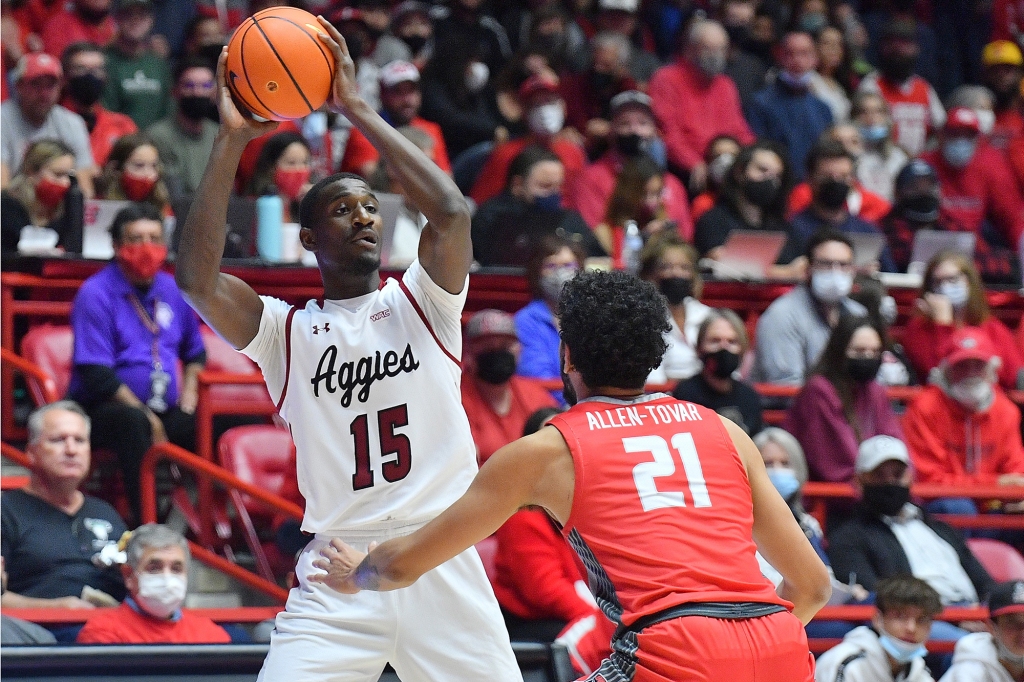 “If there is criticism, I’m more than willing to take that, but I felt that — while I can’t get into specifics — but while an individual is going through multiple procedures, I felt that’s not the appropriate time for that announcement,” Moccia said.

The scheduled game did not happen on Nov. 19 and after the incident the New Mexico State basketball team left New Mexico’s campus on their team bus while police were seeking to interview Peake and recover the firearm.

According to KOAT, an ABC affiliate in New Mexico, police sought to speak to New Mexico State head coach Greg Heiar and assistant Dominique Taylor. Heiar reportedly said he did not know about the whereabouts of the gun.

“I emphasized to Coach Taylor how important it was to recover the gun and other items that were placed in the trunk,” state police officer David Esquibel said in the report on the incident. “I asked him to let me know if he finds out any information about the Camaro [that Peake was seen approaching to meet three teammates], the gun or other items and he said he would.”

State police caught up with the bus, but the coaches declined to allow them to interview any of the players without the presence of an attorney. Eventually, detectives located the firearm in the possession of Taylor at a hotel in Albuquerque; it was wrapped in a towel.

New Mexico State officials have declined to say if the basketball coaches are under investigation in the matter.