Emily Hulme, originally from New York City, has been living in China since 2011 with her American husband, and they haven’t left the country since the pandemic started in 2020. Currently a short filmmaker and English teacher at a medical university in the city of Chongqing, in southwest China, she tells what life is like under the country’s severe COVID-Zero policy, which sparked widespread protests this week.

At 4 p.m. on Nov. 10, my school texted me, saying a lockdown would start at 6 p.m. that day. It was originally scheduled for three days, but no one believed that.

At first, we were allowed to leave our housing complex once every two days for groceries and supplies and could wander the complex pretty freely. We also had to line up in the courtyard every day or two to get COVID tested.

To leave the complex, you had to show the guard a leaving card — one was issued to every household. 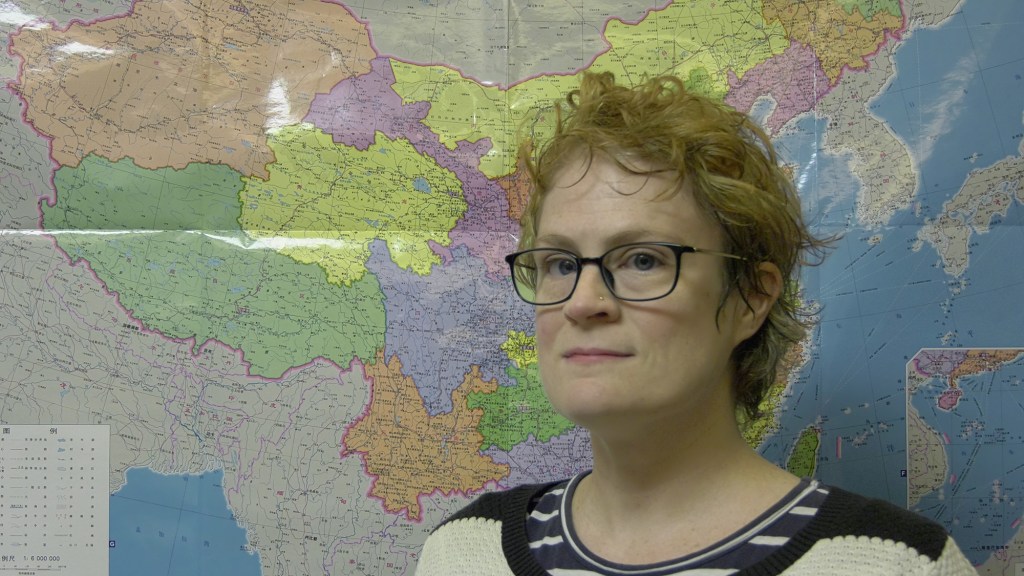 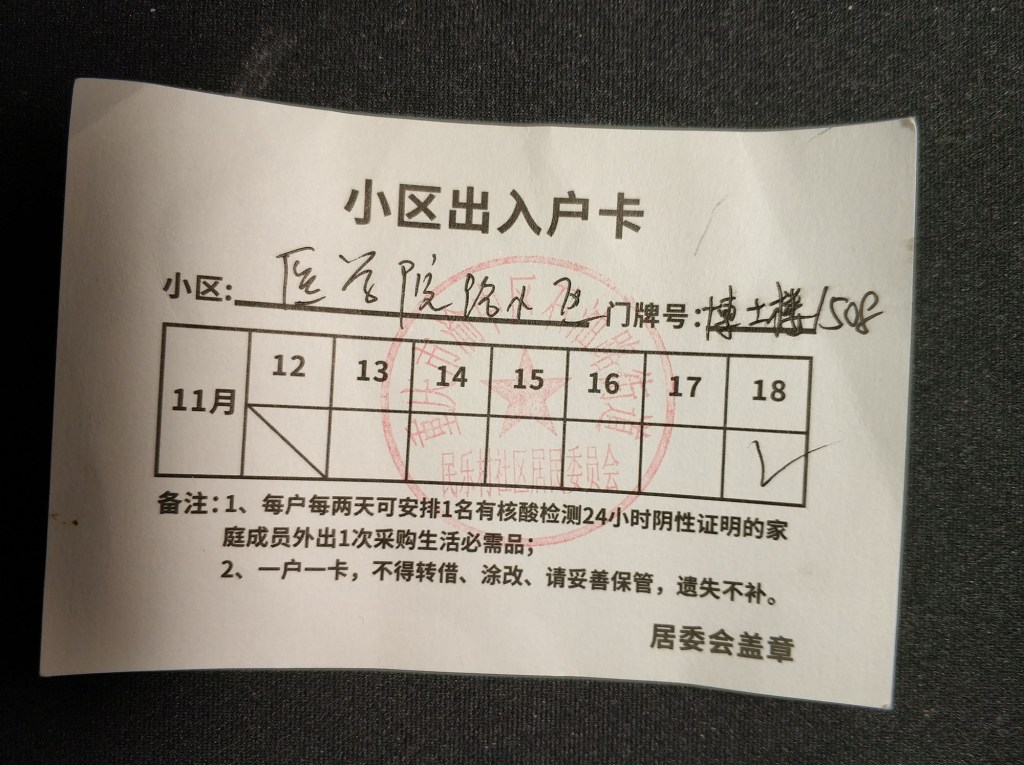 But when the leaving card ran out on Nov. 18, no new ones were issued. And then on the night before Thanksgiving, we were told there was a COVID case in our building, so we were no longer permitted to leave our building at all. Instead of going out for COVID tests, white-suited medical volunteers now come to our door and test us on a schedule that changes daily. This was when my husband and I started measuring time in cabbage. As in, “There’s still a lot left,” “We’re down to less than half,” “Remember when we had that cabbage?”

We’re not going to starve. Food stores are still open and delivery workers are still operating. You just have to get up early to get a delivery time slot before they all fill up, and then track down the volunteer who picked up your package. I just got coconut milk delivered to the couch that’s barricading the front of my building. 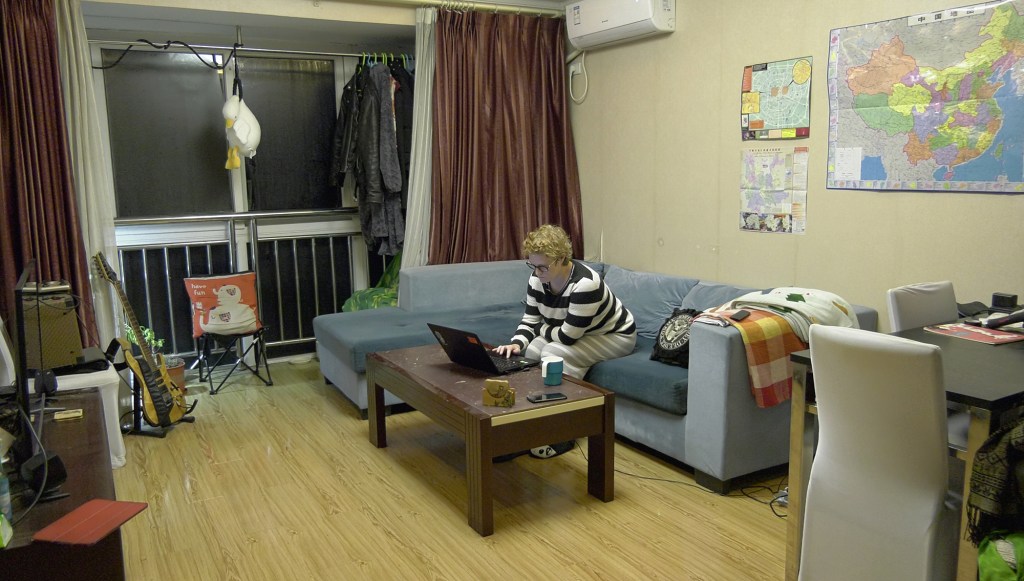 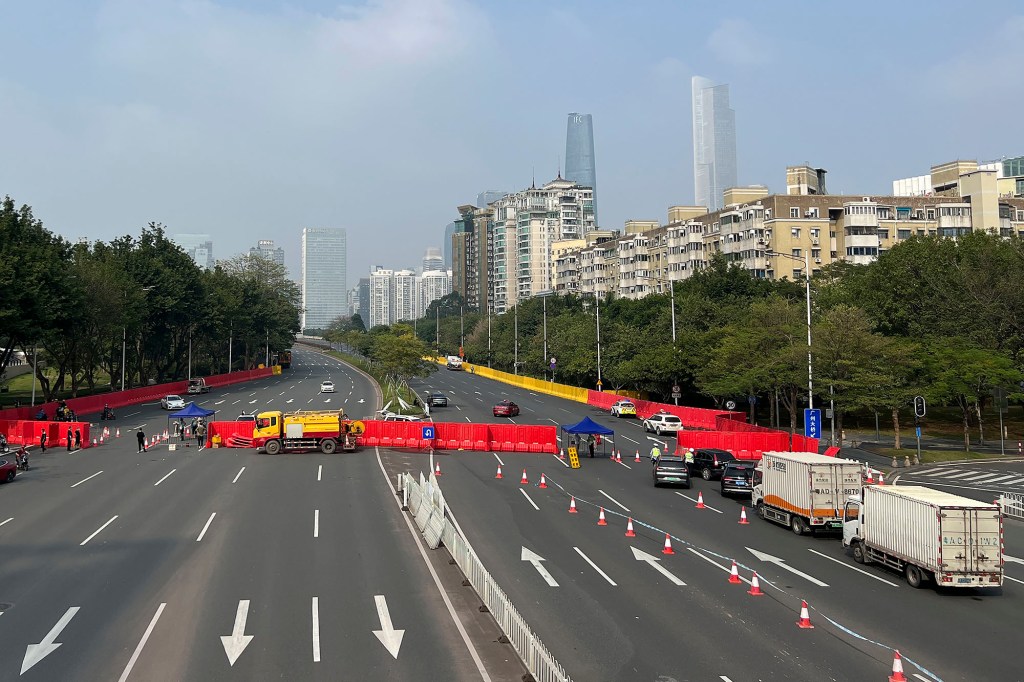 The actual locking down is not directly administered by the government, but by individual property managers who make the decisions. And no one wants the blame for all that COVID, so property managers can be overzealous in their enforcement. This is why, even before the big protests, there have been local protests in apartment complexes all over China, demanding: “Let us out of here.”

Over the past couple years, Chongqing has largely been spared the extra severe restrictions in Shanghai and other cities on the east coast. 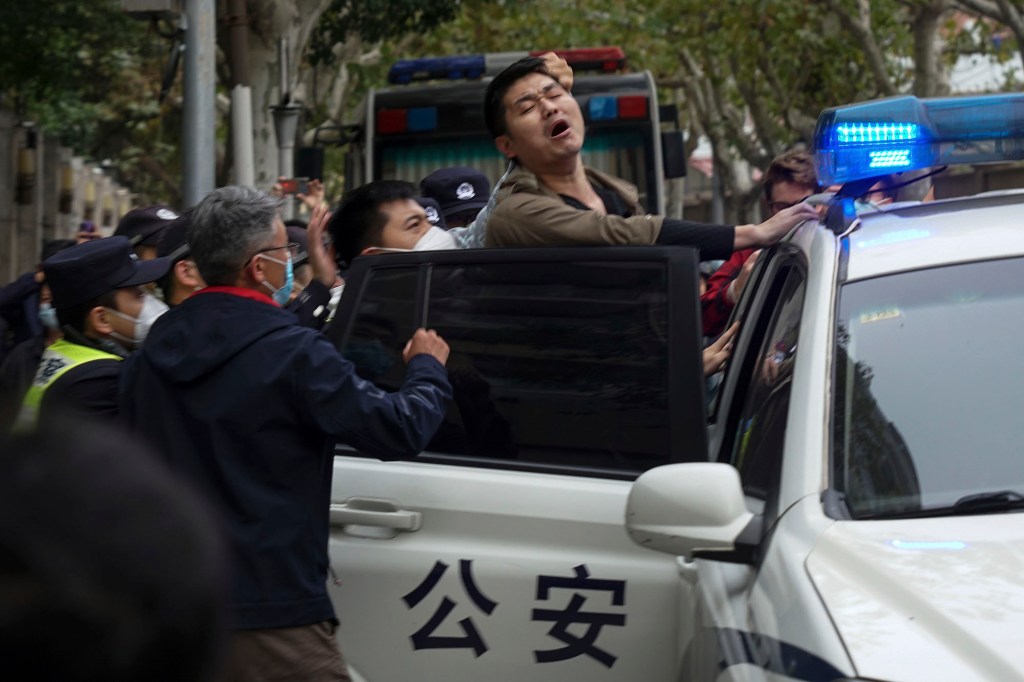 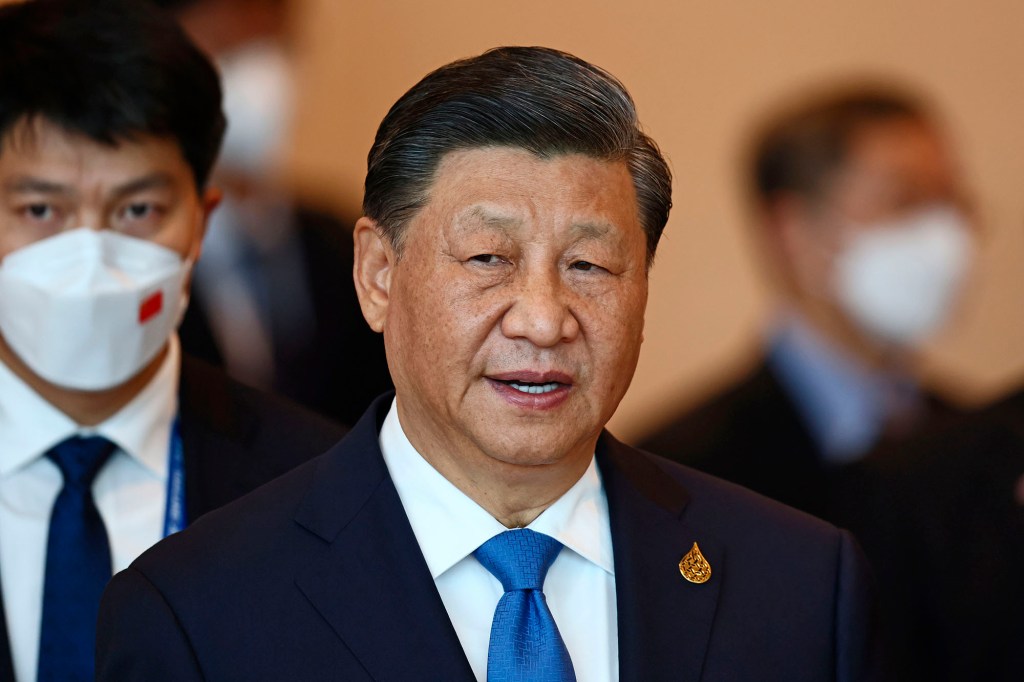 But the mood changed markedly this fall. Chongqing had a hellacious summer with temperatures above 100 degrees Fahrenheit for most of August, a series of wildfires, and a drought that emptied the Yangtze River down to its bed. In my virtual classroom, I started to hear murmurs of dissatisfaction with the government’s Zero COVID policy for the first time.

One student who had been separated from his wife for two weeks by a quarantine, frustratedly said, “We need freedom.” While I’m actually allowed more latitude than you’d expect about what is discussed in class, that is definitely not the kind of speech I am supposed to encourage. 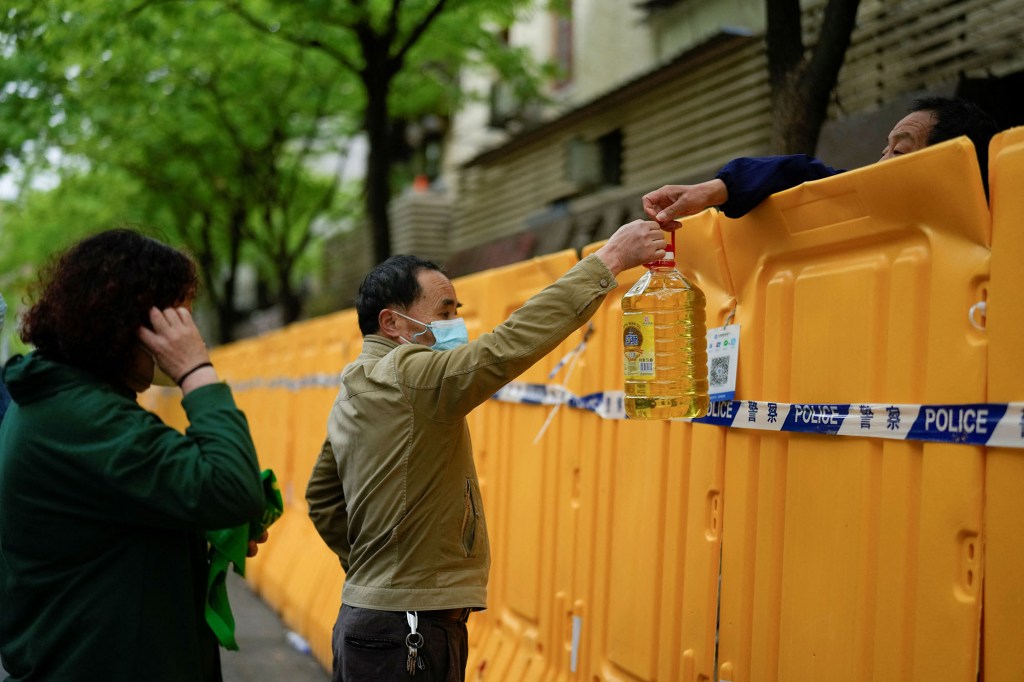 These days, my students all talk about the lockdowns. Few go so far as to express “revolutionary thought,” but several have said: “The COVID lockdown puts us all at risk of mental distress.” A lot of my students are missing class to volunteer as health care workers now. I gave those students the option to turn in video make-up assignments, and in those videos, they look tired and stressed out. 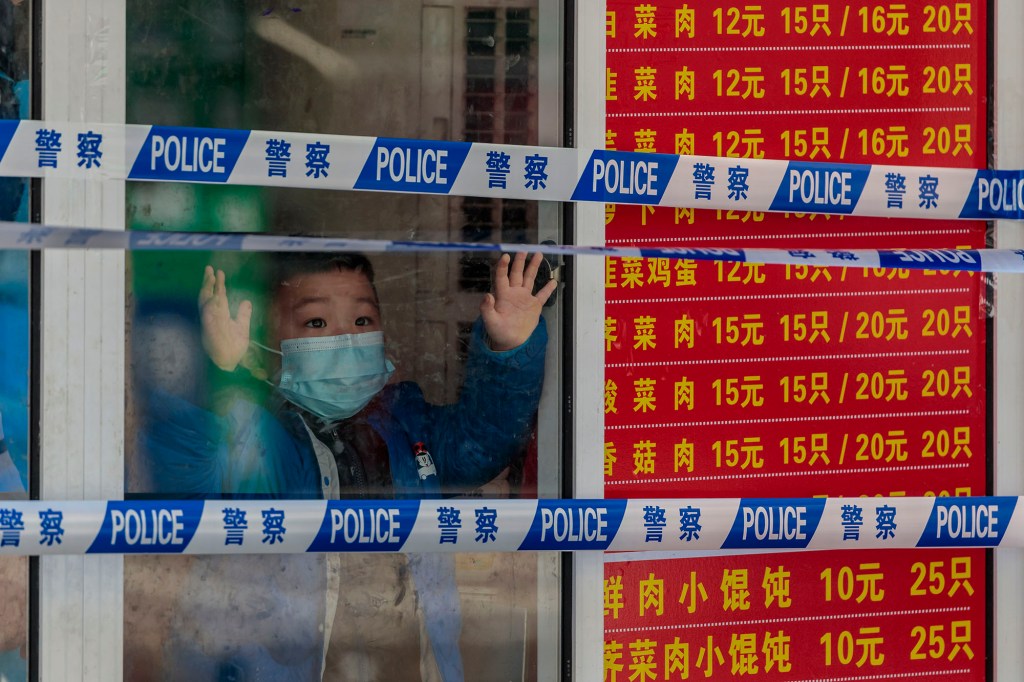 I heard about last weekend’s protests on Twitter and WeChat, China’s social media platform. Censors here have been working overtime. On Thanksgiving, I posted an innocuous comedy video to WeChat, and it got sent to “review,” which is the first time that’s happened to me. But people here have their ways of getting around censorship — from the typographical (using characters that sound like other characters) to the technological (embedding text in an unrelated video with different audio). Much of it gets taken down eventually, but word leaks out. 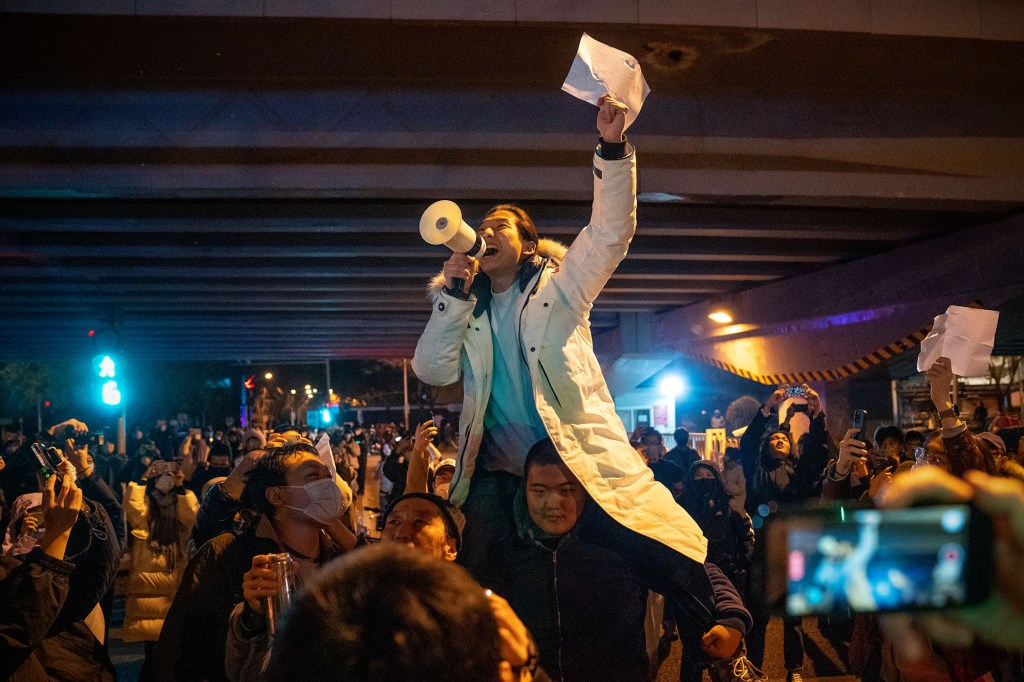 After protests exploded across China this week, the Western media is recalling Tiananmen Square in 1989. It’s a scary thought. Chongqing is 3,000 km from Urumqi, where 10 people died in an apartment fire last week, which sparked much of the unrest, and about 1,700 km from both Shanghai and Beijing, where the Tiananmen massacre happened. We are far away from many events you see on the news, but still, people here are worried. One of my students this week mentioned the risk of dying in a fire because of COVID lockdowns. It’s hard to predict the future, but this lockdown could go on for weeks more. 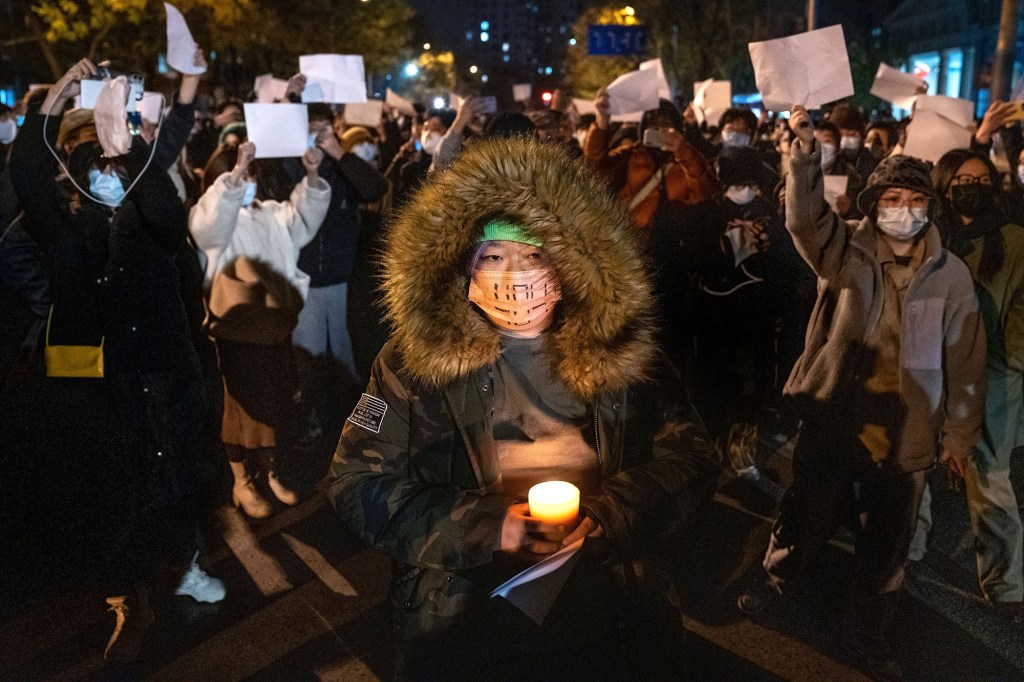 My husband and I have lived in China happily for many years, but now I don’t know what we’re going to do. Ten months out of the year, we have a great life and live in a great local community. I don’t have a contingency plan if the ruling government suddenly runs someone over with a tank.