The NFL Players Association is initiating an investigation into the process that allowed the Dolphins quarterback to be cleared to re-enter the team’s 21-19 win over the Bills on Sunday, according to the NFL Network.

With the score tied 14-14 near the end of the second quarter, Tagovailoa was driven back on a hit by Bills pass rusher Matt Milano. He fell backward, slamming his head against the ground as he landed.

Tagovailoa initially got back to his feet and jogged a few steps upfield before stumbling and falling back to the ground in what became a scary scene. Dolphins trainers immediately rushed onto the field and helped him exit. Miami originally ruled him questionable to return with a head injury.

He returned to the field in the second half, however, seemingly having passed the NFL’s concussion protocol, which is carried out by an independent third party. Tagovailoa finished with 18 completions for 186 yards and a touchdown in the win. 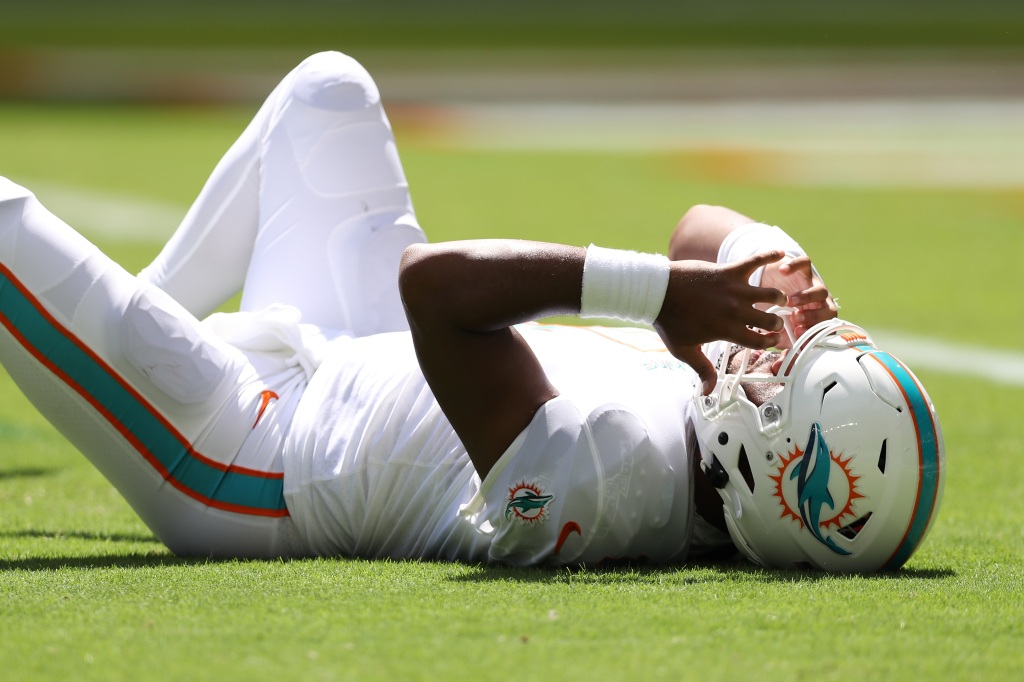 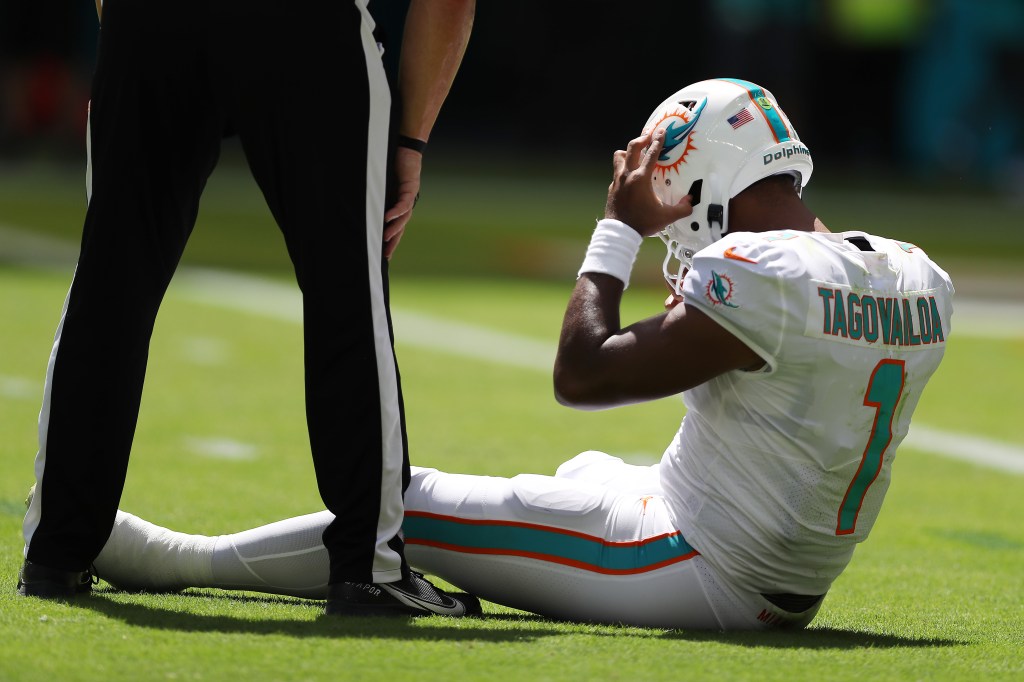 After the game, Tagovailoa said it was actually his back that forced him into the locker room, which he had injured on a previous play.

“On the quarterback sneak, kinda got my legs caught under someone and they were trying to push back,” Tagovailoa told reporters “It felt like I hyperextended my back. On the next play, I hit my back and kinda hurt it. Then I got up and that’s kinda like when I stumbled. For the most part, I’m good. Passed whatever concussion protocol they had.”