Our college football betting writer brings you his best betting picks and predictions for the matchup between No. 15 Notre Dame and No. 6 USC, which is live Saturday on ABC at 7:30 p.m. ET.

In the regular-season finale for both teams, the Trojans are hoping an 11th win could possibly squeeze them into the College Football Playoff. The resurgent Fighting Irish need to pull an upset to have a chance at playing in a New Year’s Six bowl game.

•   Caleb Williams to run for more than 0.5 touchdowns @ +120 via Caesars Sportsbook 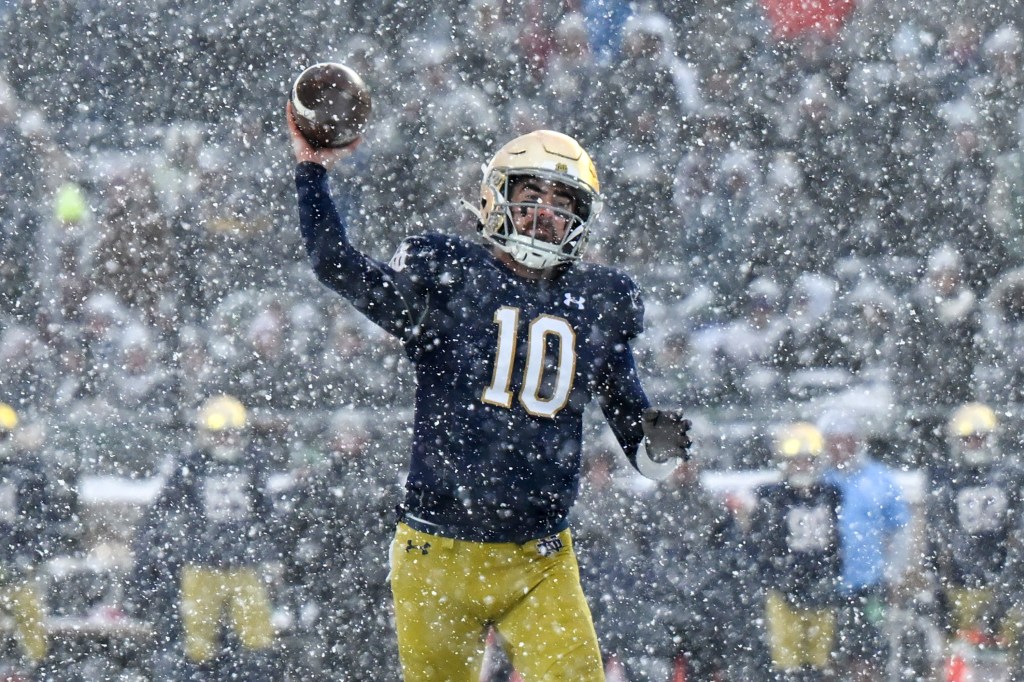 The Trojans have enjoyed a terrific first season under coach Lincoln Riley, bouncing back from last season’s 4-8 record to become a national powerhouse once again. The Fighting Irish, also under a first-year coach in Marcus Freeman, has recovered from an 0-2 start to win eight of nine heading into their 93rd all-time meeting with USC.

Let’s start by pointing out that Notre Dame isn’t just winning games. It’s dominating the competition. Last week’s 44-0 romp over Boston College was obviously a one-sided affair, but the Fighting Irish’s last two games against ranked opponents were also blowouts – wins over Syracuse and Clemson by a combined 38 points.

This clearly is not the same Notre Dame team that scored 10 points against Ohio State in its season opener and then lost to Marshall one week later. The Irish have scored at least 35 points in every game during their current five-game winning streak, and the Trojans’ defense – which ranks only 65th nationally, allowing 26.3 points per game – is not going to be the team to slow them down.

USC will need to refocus after last week’s emotional 48-45 rivalry win over UCLA. This is an important game for the playoff-hopeful Trojans. They have only beaten Notre Dame three times in the last 11 matchups. 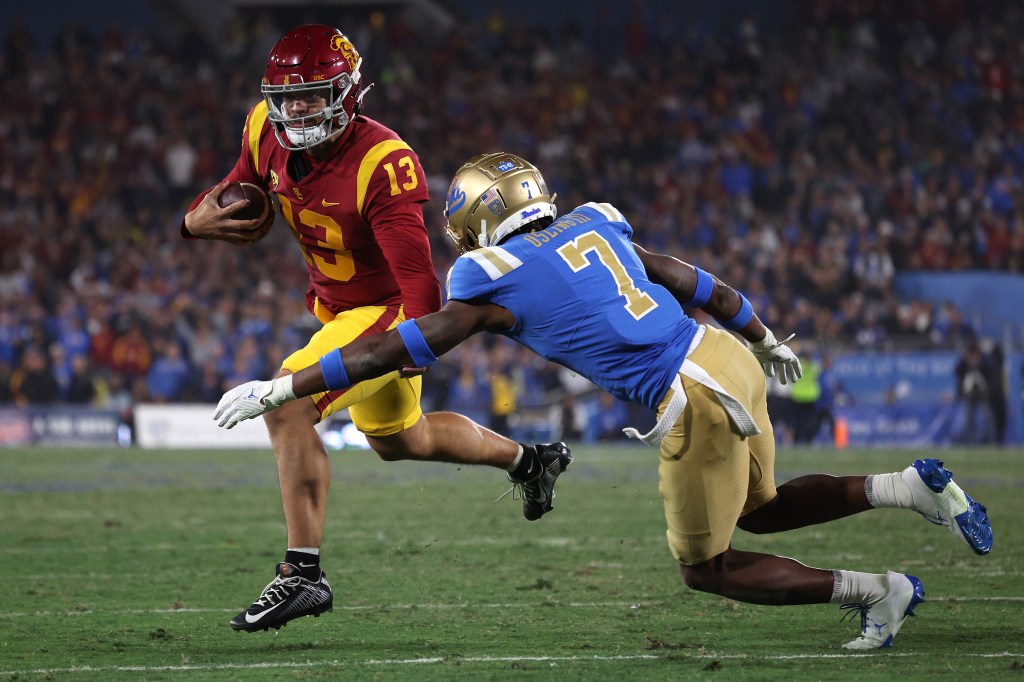 Trojans quarterback Caleb Williams has one final chance to make a Heisman statement, so don’t be surprised if Riley gives him every opportunity to shine in the regular-season finale. He certainly did plenty of shining against UCLA, passing for 470 yards with three total touchdowns last weekend. So, with Williams airing it out and Notre Dame facing the inconsistent USC defense, look for points to be plentiful.

The USC quarterback has scored four rushing touchdowns in his last three games – and all of those scores have come in the first half. The Trojans clearly trust Williams as a runner to get them an early lead, and he has been validating their trust in recent weeks.

Those four touchdowns have not been long, fluky runs, either. They have covered 1, 2, 4, and 6 yards, indicating that when USC gets close to the end zone, particularly early in games, that the coaching staff likes to call Williams’ number.

In all, six of Williams’ seven rushing touchdowns have come at home – and all seven have come in the first half of games – so look for Williams to plunge into the end zone shortly into Saturday’s contest for an easy payday.