We’ll need to see numbers from other district attorney’s offices across the city and state before we can say for sure how much Manhattan DA Alvin Bragg’s “leadership” has brought down the office’s success rate, but the data he has proudly posted don’t look good.

As Melissa Klein reported in Sunday’s Post, “Bragg’s office wins a conviction just 51% of the time” when it prosecutes serious felony charges — “down from 68% in 2019 [under DA Cy Vance], the last year before the pandemic disrupted the court system.”

The office’s conviction rate for misdemeanors is down as well, from 53% to 28%.

To be fair, a lot has changed in those three years, as not just the no-bail law took effect but also the state’s deranged new rules for pre-trial discovery, which force prosecutors to do insanely more paperwork and empower the defense to get cases tossed on technicalities in all of it. (Though Bragg’s office, the best-funded DA operation in the entire country, thanks to forfeitures and fines from Wall Street firms, is far more able to adjust than his peers.)

Plus, the court system is still recovering from the lockdowns. And juries may be less willing to convict in the wake of the George Floyd murder and rise in anti-police sentiment.

But Bragg’s own decisions clearly drive much of the troubling data: His office has downgraded 52% of felony cases to misdemeanors, vs. 39% in 2019. The office under Vance from 2013 onward never downgraded more than 40% of felony cases.

The new DA’s infamous “Day One” memo plainly explains much of this, as it ordered prosecutors to downgrade felony charges in cases including armed robberies and drug dealing, as well as to stop seeking prison sentences in many crimes. And while Bragg later backed off on a couple of fronts, most of the memo still stands.

Plus, you’d expect that pressing fewer felony charges would lead to a higher conviction rate, not the 17-percentage-point drop from 2019 to 2022. But the office has lost some of its top talent as experienced prosecutors resign rather than work under Bragg’s rules. Are the new recruits, who presumably embrace his philosophy, less able and/or motivated? 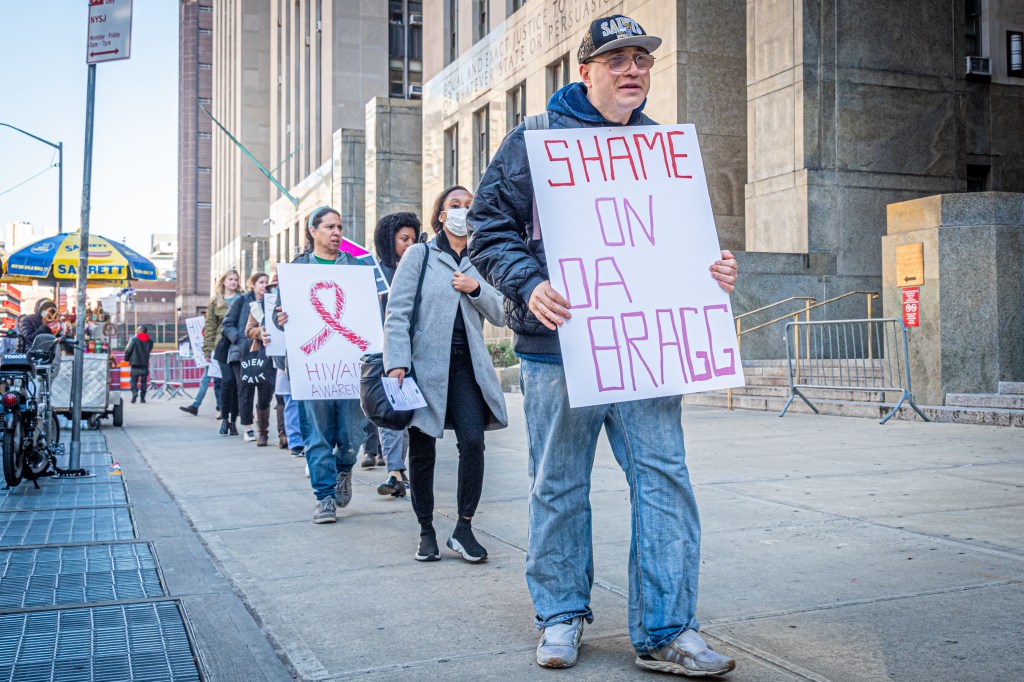 John Jay prof Eugene O’Donnell, a former city cop and prosecutor, flags the central issue with Bragg:  “What is the DA’s office there for? The guy is avowedly anti-punishment. He’s avowedly anti-responsibility. These numbers reflect that.”

Crime victims and their survivors feel the difference. Madeline Brame feels “traumatized” by the prosecution of the four defendants in the 2018 murder of her Army vet son, Hason Correa. Bragg’s office gave two of them plea deals; another got to plead guilty to second-degree murder and the fourth got convicted this month of simple gang assault.

Meanwhile, Bragg jailed and sought murder charges against bodega clerk Jose Alba in the death of a crazed customer who’d attacked him. The DA backed down only in the face of public fury.

Manhattan crime rates are up through Nov. 20 over the same period last year by 38% in Manhattan South and 17% in Manhattan North. We can’t say how much of that is on Bragg, but a DA who’s eager to get tough on the victims and show mercy to the real bad guys is plainly a huge part of the problem.