Scores of Venezuelan migrants in New York City are hopping on vans to head down to Florida for Hurricane Ian clean-up, they told The Post.

The migrants had scant information about who they would be working for, but they still piled into vans in Queens that they said were headed to the Sunshine State over the weekend.

“They want us for hurricane cleanup, we’d get paid $15 an hour, overtime and $15 for food daily, I think,” said Javier Moreno, 37, noting that a woman named Camila “from an organization” approached him with a flier.

“I’m going for the work. It’s been hard for us migrants to find work here in New York, that’s why a lot of us are going. How’s the work in Florida?”

A driver of one of the vans at the designated pick-up site, a corner in Corona, told The Post on Saturday that he was headed to Florida.

He said he was under contract with a water and debris company. The firm did not answer its phone despite repeated attempts to call by The Post.

“I’m taking these people in the van straight to Florida tonight,” the van driver said. “I don’t know how many people have left or how many more vans are coming.” 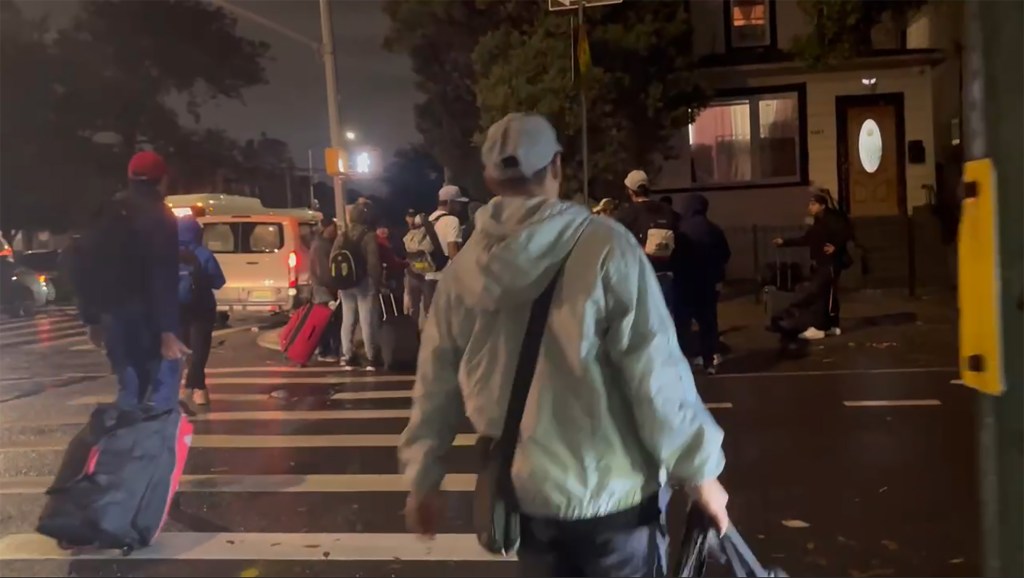 The migrants were leaving city shelters in droves to try to catch a ride — and garner work — down south.

One migrant woman said she learned of the vans and the potential work from group chats that the migrants are in.

“We all decided we would go,” she said.

Asked who was offering the work, she said, “I don’t know anything, sweetheart.” 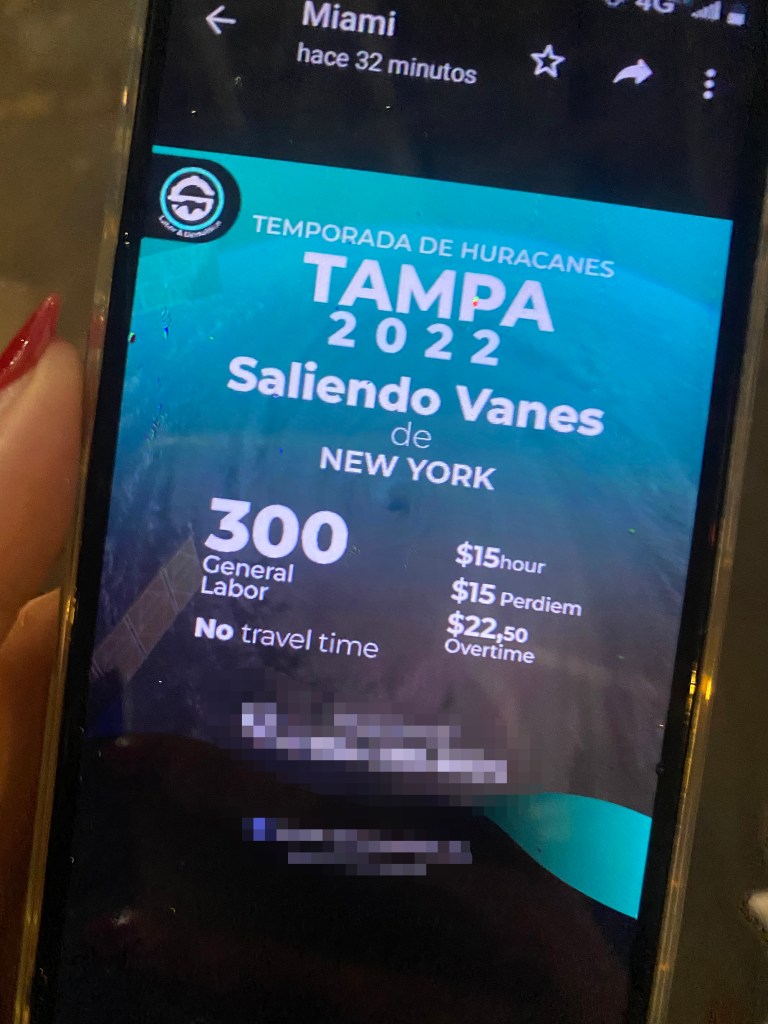 Some migrants said they learned about the opportunity from this WhatsApp ad.

Another woman asked a Post reporter, “Do you know what kind of work we’ll be doing there?”

On Sunday, a slew of migrants had lined up as early as 8 a.m. at the spot at Junction Boulevard and 32nd Avenue to catch a bus to Florida, witnesses said.

Some of them said they also had been tipped to the opportunity by a woman named Camila.

Gregorio Avila, 22, said he came from Venezuela and entered the US through Texas before being bused to Gotham.

Texas officials have been sending thousands of migrants, who illegally cross the border before seeking asylum, to Democratic cities such as New York in protest over what they call President Biden’s dangerously lax immigration policies. 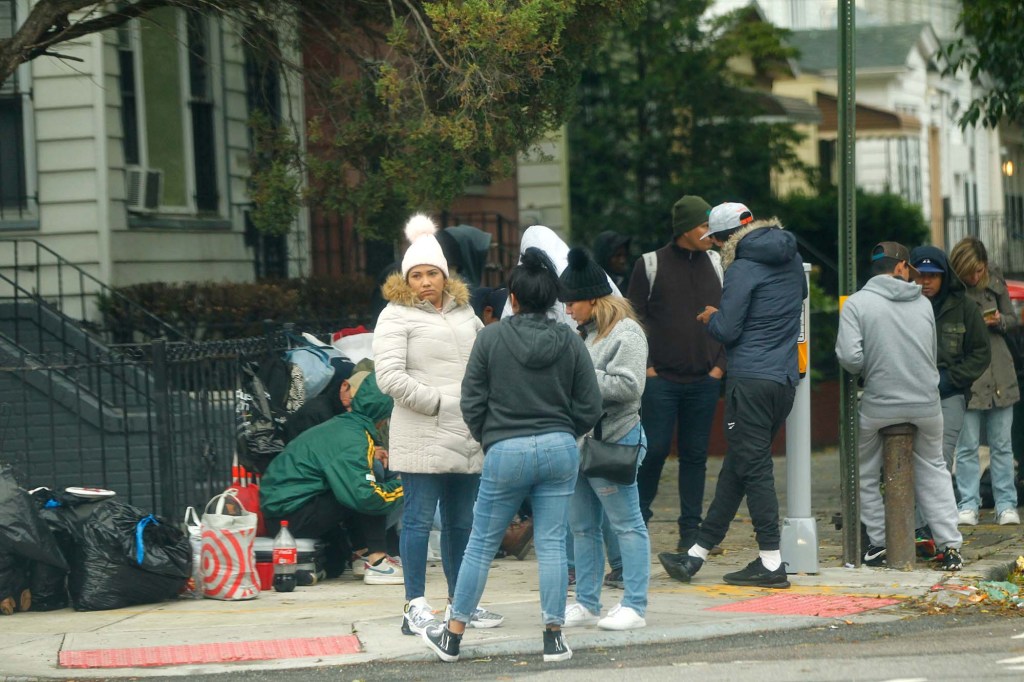 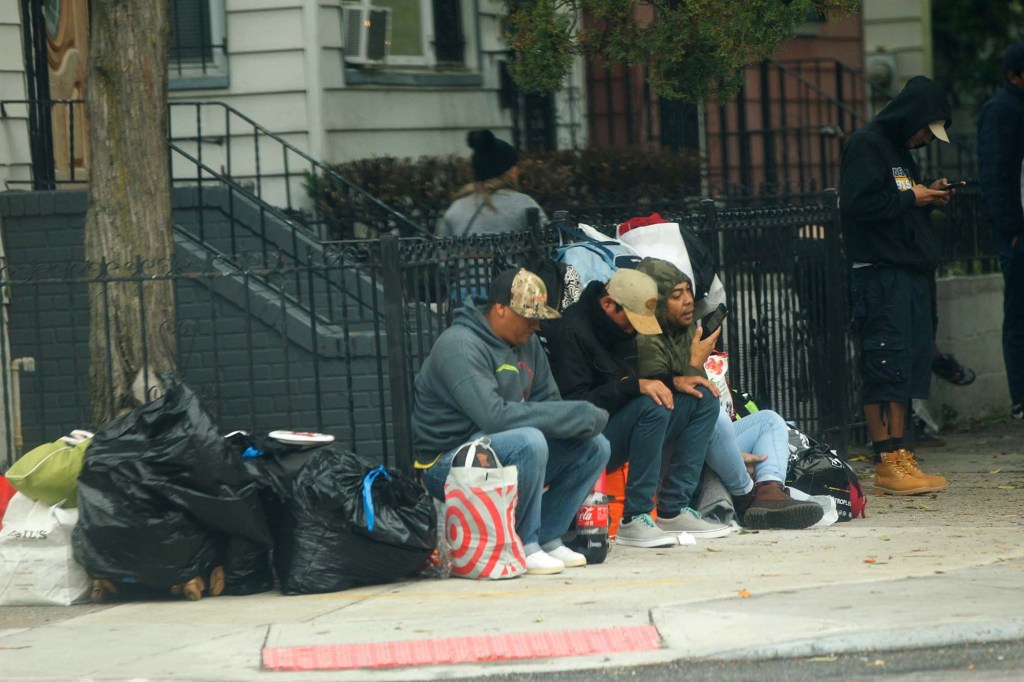 Avila said a “lady” here had offered him and others work in Tampa.

“They are telling us that are we going to work,” Avila said. “We have a contact with a lady who is taking us to Florida. We are going to work as contractors on the disaster.”

A Venezuelan asylum seeker said about 100 people had left the 30th Street men’s shelter in Manhattan to take advantage of the work offer.

“I came back to the shelter one night to find that people were leaving in vans,” the 38-year-old man said.

“I didn’t want to go because’’ there were too many questions about the offer, he said.

Corona resident Joseph Venuto, 55, said he’d seen about 30 people leave from the corner in recent days and that he assumed the federal Emergency Management Agency was behind the effort. 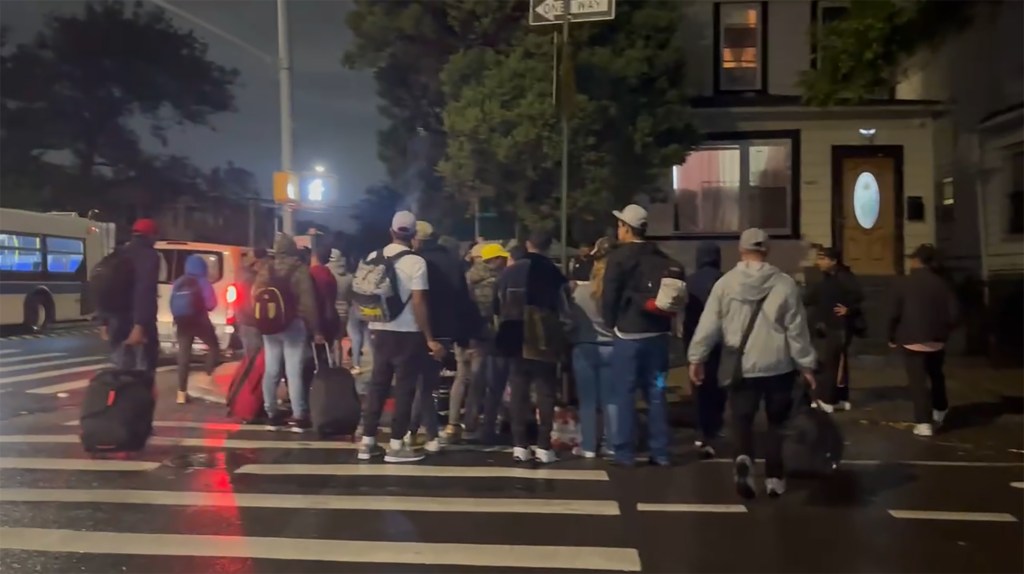 A rep for FEMA told The Post on Sunday that the agency is not involved.

Neither City Hall nor Florida officials returned requests for comment.

Another migrant said he wasn’t aware of the offer but that he’d definitely like to get in on it “because it’s difficult to get papers to work here.”

One nearby resident, a nurse named Jennifer who declined to give her last name, brought the migrants clothes and bought them Domino’s Pizza on Sunday evening to eat as they waited anxiously for their ride.

The migrants — most of whom traveled with their stuff in grocery bags and backpacks — eagerly bundled up with the clothes from the back of Jennifer’s black Honda Civic.

“I’m a nurse so it just broke my heart looking at them,” said Jennifer, 36. “I saw them and they’re hungry. They’ve been here the entire day.”