A straphanger stabbed during a vicious mugging on a Manhattan train told The Post on Tuesday that he tried to offer his attacker a smoke, only to be repaid with a knife in the side.

Construction worker Caesar Martinez, 34, recalled he was traveling home after a day of work on a southbound F train around 10 p.m. Nov. 22 when he was attacked.

The victim, who lives in The Bronx, said the suspect first asked him for money to buy cigarettes as the train approached the 34th Street-Herald Square Station in Midtown.

“The guy wanted something to buy cigarettes, so I took out a pack, and when he saw the pack, he said, ‘No, I don’t want it,’ ” Martinez said.

“Then he said, ‘Give me your money and your phone.’ I didn’t want to give it to him, so he stabbed me in the side with a knife.”

Martinez tried to get away from his assailant as the train pulled into the station but was stabbed again by the fiend, this time in the head, as the suspect tried to grab Martinez’s backpack — a bloody scuffle caught on surveillance video.

Footage shows the men continuing to brawl, with the attacker stabbing the ailing Martinez yet again, this time in the left shoulder. 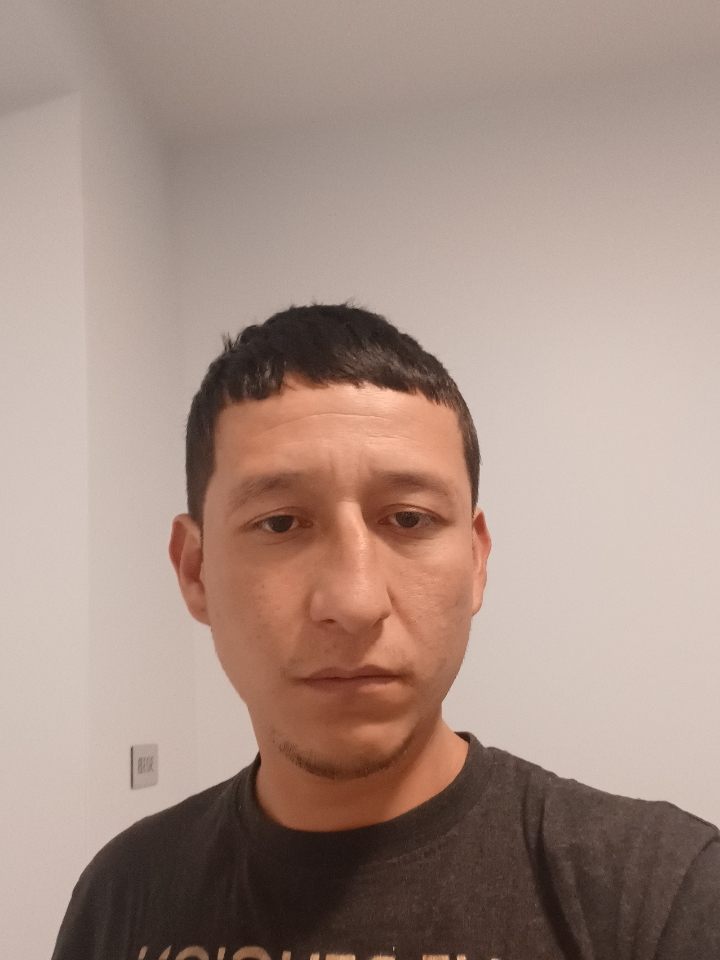 Caesar Martinez was stabbed on a train in Midtown after offering his attacker a cigarette.

“Maybe if he’d stabbed me in the neck, I wouldn’t be talking to you right now,” Martinez said.

The brute eventually wrestled the backpack away from Martinez, who said he had lost all the strength to keep fighting at that point. Inside the bag was about $200, an Apple watch and various construction tools.

He was taken to the hospital in stable condition but is still suffering from the assault.

“I can’t go to work because there’s too much pain,” Martinez said. “Nobody is paying me. I’ve been out of work eight days already. They’re going to fire me if I don’t go.”

Martinez set up a GoFundMe to pay for his bills while he is out of commission.

In the meantime, he fears venturing out onto the trains where he could be targeted again.

Newly released NYPD statistics revealed that felony crimes such as murder, assaults and robberies surged in the subway system by 40% so far this year through October compared to 2021.

“I’m watching every time I walk to the subway,” Martinez said. “Every time I go, I look around. You can put 20 police in one station, but the problem doesn’t happen during rush hour. The problem happens at night, when no one is there.”

Martinez’s attacker is still on the lam, police said.

He is described as about 6’5″, 240 pounds, with a medium build and facial hair. He was last seen wearing a black baseball hat with “SOX” in white lettering on the front, a black jacket with a black hood, black pants and black boots.