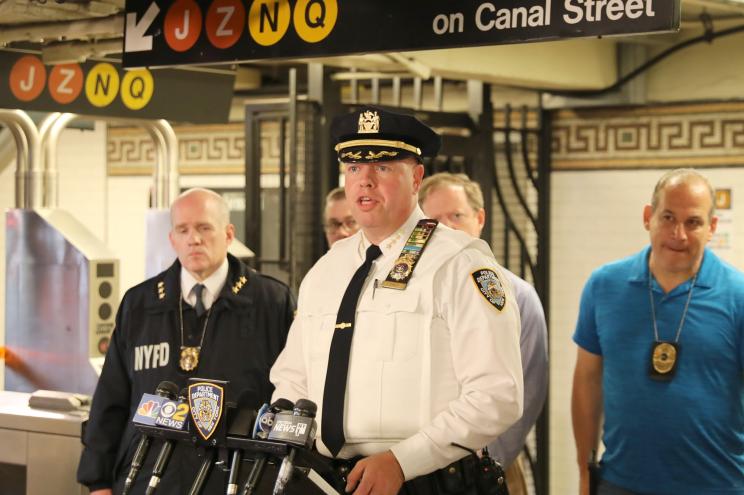 NYPD Chief of Department Ken Corey will retire after less than a year at the helm. G.N.Miller/NYPost

NYPD Chief of Department Ken Corey was applauded by dozens of police officials Tuesday as he walked out of headquarters for the last time as a uniformed cop.

Corey, the NYPD’s highest-ranking uniformed officer, is set to retire Wednesday after 32 years on the job.

Bagpipers and two lines of cops greeted Corey as he left One Police Plaza in Manhattan and hopped into the antique NYPD police car in the afternoon.

He had taken over command of the department’s 35,000 uniformed officers Jan. 1 as part of Mayor Eric Adams’ new administration. It was not clear who would replace him.

As one of the most visible members of the force, Corey spear-headed the rollout of the department’s anti-gun unit, a revamped set of teams that replaced the controversial anti-crime groups.

Corey’s tenure will be credited for combating the pandemic-fueled surge in gun violence, overseeing an eventual double-digit percent dip in shootings.

China calls on US to return spy balloon debris

Biden flexed his dexterity at the State of the Union