The discovery of a potentially explosive substance at a hotel in New York City prompted a massive police response Tuesday evening and now police are looking for a man known to law enforcement.

In a news conference Tuesday night, NYPD Assistant Chief James McCarthy said officers responded to the Hyatt hotel at 58th Street and Seventh Avenue after a female employee at the hotel fell ill shortly after cleaning a room on the 11th floor around 1:20 p.m.

She reportedly came across a white, powdery substance in the bathroom, cleaned it up and later on became nauseous and dizzy, eventually sending her to the hospital.

McCarthy said fire crews showed up at the scene and began swabbing the room. Initial tests for explosive substances came back positive, but McCarthy said that was likely due to the cleaning supplies mixing with the power. 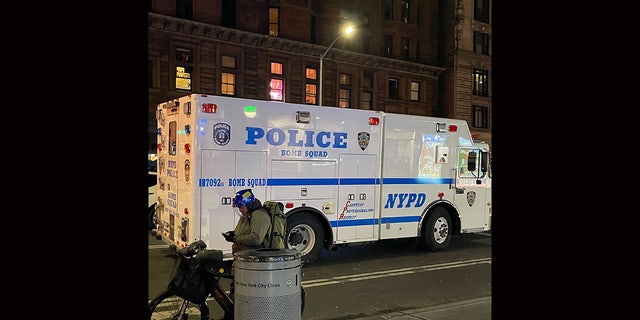 Police were on the scene at a Hyatt hotel in New York City where an explosive was found. (Fox News)

The discovery of the potentially explosive substance led to the evacuation of the hotel's entire 11th floor. An "all clear" was given later after more tests by NYPD crews came back negative for explosives.

McCarthy said the room was previously occupied by a family of five, but they dropped a key card before checking out on Sunday, and it was picked up by a man known to law enforcement.

That man, who has not been identified, reportedly took over the vacant room overnight. 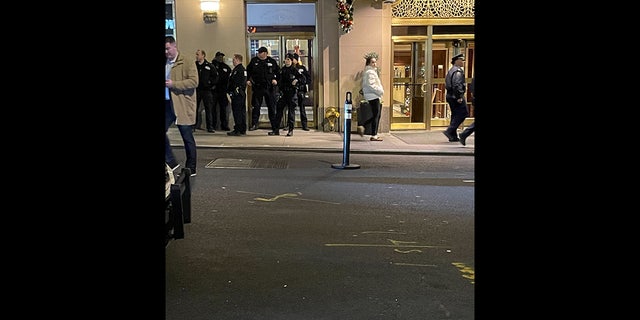 Police stand outside the New York City Hyatt after a possible explosive was found. (Fox News)

Police are considering the man a person of interest in the case. He reportedly has already racked up 16 low-level arrests.

The NYPD said the man is not a threat to the city, and they are actively looking for him.

The hotel's operations returned to normal shortly after the incident. 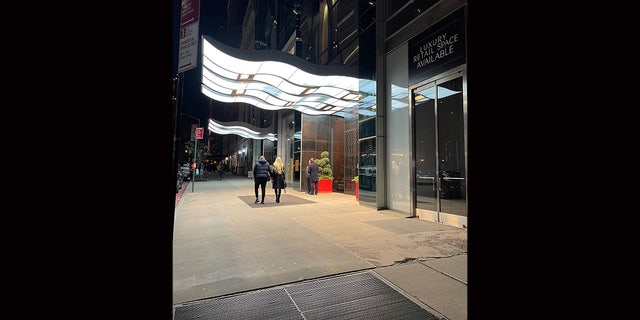 Police were on the scene of a New York City Hyatt where an explosive was found. (Fox News)

It's not clear what the powdery substance was.