Pat McAfee broke it all down.

Given his background, McAfee was asked about Dolphins punter Thomas Morstead’s viral gaffe during the team’s 21-19 win over the Bills on Sunday.

Backed up all the way in his own end zone, Morstead’s punt slammed right into teammate Trent Sherfield’s butt and flew out of the end zone, resulting in a safety. Sherfield was serving as the personal protector in the punt formation on the play.

“The thing about it is this was a backed-up punt, so we’re talking a short amount of space for Thomas Morstead to get this punt off,” McAfee said. “All because he backs up, the personal protector, he’s supposed go forward, and instead, cheeks get clapped by a football in the end zone, in Miami, in 155 degree weather.

“But what a nightmare punt situation,” McAfee said. “They somehow still win. What a wild day to be a Dolphin fan for sure.” 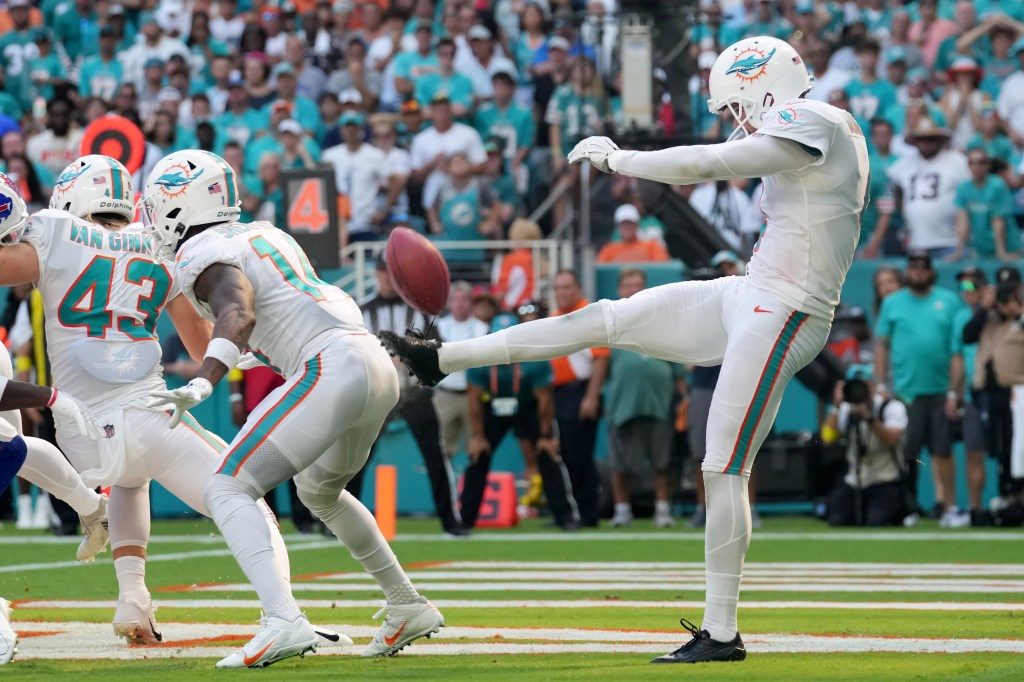 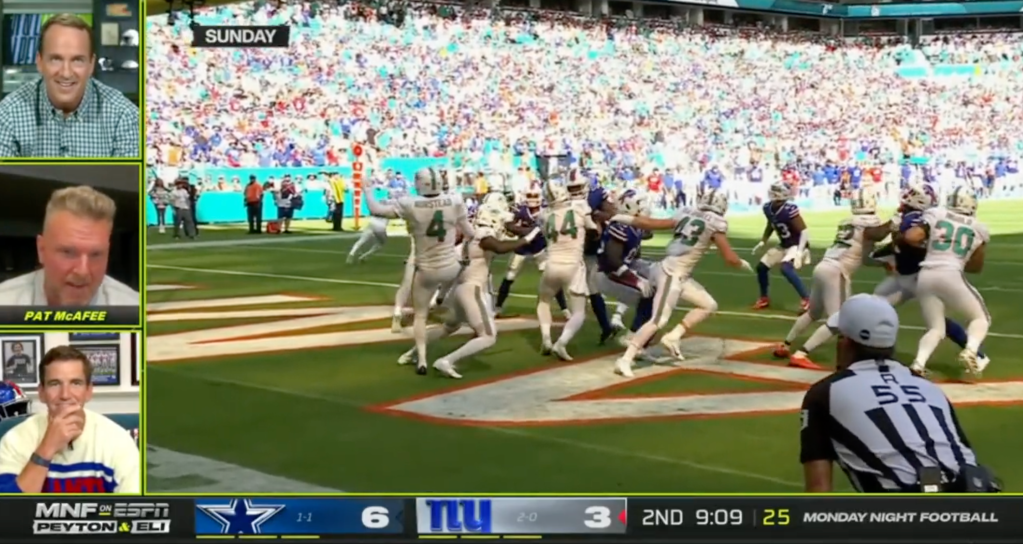 After the play, toilet paper and flushable wipe companies Charmin and Dude Wipes poked fun at Sherfield, and where the ball smacked him, on social media, much to McAfee’s bemusement.

When asked if Morstead should be bearing some of that ridicule, however, McAfee’s inner-punter came out.

“It was [Sherfield’s fault],” McAfee said. “You can’t back up there. You can’t back up in that backed up situation. You’ve got to push forward… He was basically running his ass into that ball at the same time. Obviously, it’s not good, for anybody.”