Matt Nagy gave Patrick Mahomes the answers to the test.

Mahomes joined “New Heights,” the podcast hosted by one of his favorite targets, Travis Kelce, and Kelce’s brother Jason, a star offensive lineman on the Eagles, and revealed that Nagy gave him a big boost toward ultimately getting drafted by the Chiefs.

“I was at the facility,” Mahomes said. “We had the meetings, like the top 30 visits, so I was in there for like five hours … Matt Nagy, who was the offensive coordinator then, he really liked me, so he gave me the plays they were going to go over the night before.”

Nagy left the Chiefs to become head coach of the Bears in 2018 and spent four seasons in Chicago before returning to Kansas City as an offensive assistant on Andy Reid’s staff for this year.

Mahomes said this podcast appearance would be the first Reid has heard of this story.

“So, Coach Reid’s finding out now, on ‘New Heights.’ So, of course I crushed that meeting. I stayed up all night studying those plays,” the quarterback said. 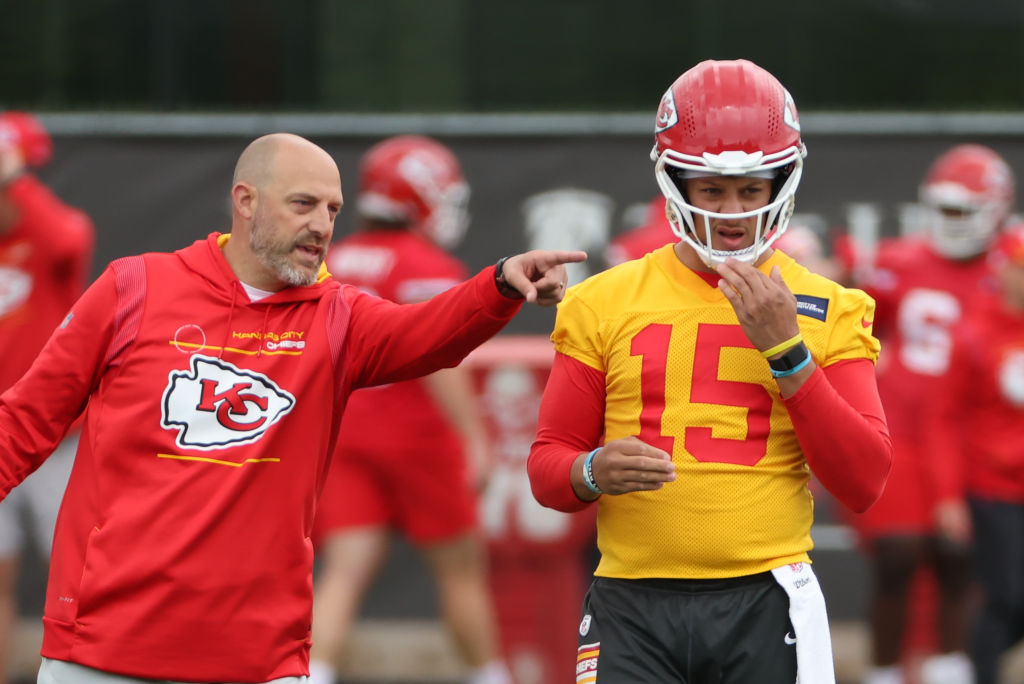 Mahomes also gave the Chiefs some intel of his own. He said he had assurances from various coaches that they’d select him if available and warned his Kansas City interviewers. The Chiefs must have listened, because they traded up with Buffalo to pick Mahomes No. 10-overall in 2017.

“As the process went on, I got a feeling that I was kind of going up in the draft,” Mahomes said on the podcast. “I had a couple of teams that said they were going to draft me, and that’s true, it’s not like these coaches were making that up. I talked to them in the draft process and they were like, ‘If you’re there, we’re gonna take you.’

“I kind of gave a little inside info to the Chiefs, and I was like, ‘If y’all let me go 12 or below, I’m gonna get drafted by someone else.'”