Pete Alonso’s tenure in the No. 2 hole in the Mets lineup ended Sunday after three games.

Perhaps seeking more heft in the middle of the batting order, manager Buck Showalter moved Alonso back to cleanup. Alonso went 1-for-3 with a walk in the Mets’ 5-3 loss to the Braves.

The Mets have sought an answer in the 2-hole during Starling Marte’s absence over the past month with a fractured right middle finger.

Francisco Lindor (0-for-5, two strikeouts) moved up to second, with Jeff McNeil (3-for-5 with a homer and an RBI) behind him. The Mets scored only two runs in each of their first two games of this series against the Braves.

Showalter attributed the lineup change to “looking at some things” in regards to the Braves bullpen. All but five of Alonso’s starts this season have come in the cleanup spot. 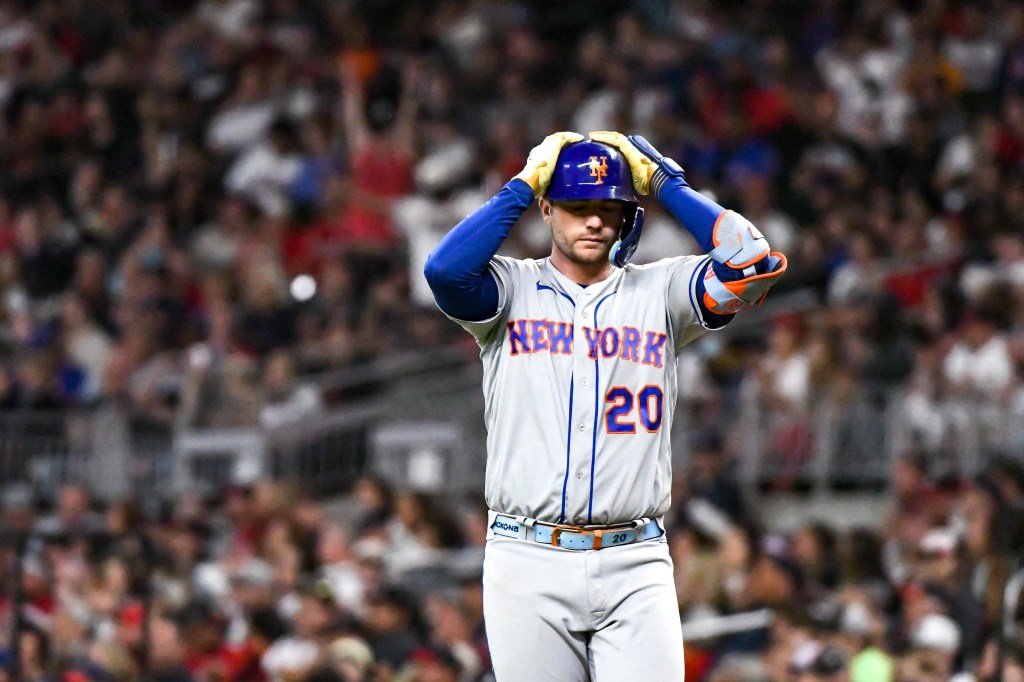 McNeil is hitting .326, one point behind Freddie Freeman — who went 0-for-4 for the Dodgers. McNeil is attempting to become the first Mets player since Jose Reyes in 2011 to win the batting title. Freeman has three games remaining against the Rockies. McNeil has got three games against the Nationals. McNeil has multiple hits in five straight games.

The Braves’ victory gave them 100 for the season, the ninth 100-win season in franchise history. Atlanta had last reached the plateau in 2003, winning 101 games.

Despite splitting their first 18 games with the Braves this season, the Mets had been outscored by 14 runs in the head-to-head matchups. The Braves were averaging 4.7 runs per game and the Mets 3.9 runs per game in the matchups.

The Mets will have a late report time on Monday at Citi Field after flying home from Atlanta. Showalter sent his next two starting pitchers, Carlos Carrasco and Taijuan Walker, back to New York a day ahead of the team.