There was his no-doubt home run in the fourth inning that gave him the record, moving him ahead of Mike Piazza and David Wright. But Alonso kept going, banging a shot off the right-field fence with the bases loaded in the eighth inning.

A huge Alonso day and road trip was complete in a 13-4 demolition of the Athletics at RingCentral Coliseum that gave the Mets an 18th victory in a rubber game this season to establish a club record. The Mets are 18-4 in such games. They also maintained their 1¹/₂-game lead over the Braves, 8-7 winners over the Phillies.

Alonso, with his five RBIs, increased his total this season to 128, four more than the previous Mets record. He finished 4-for-5 on the day and with four homers in six games on the road trip. 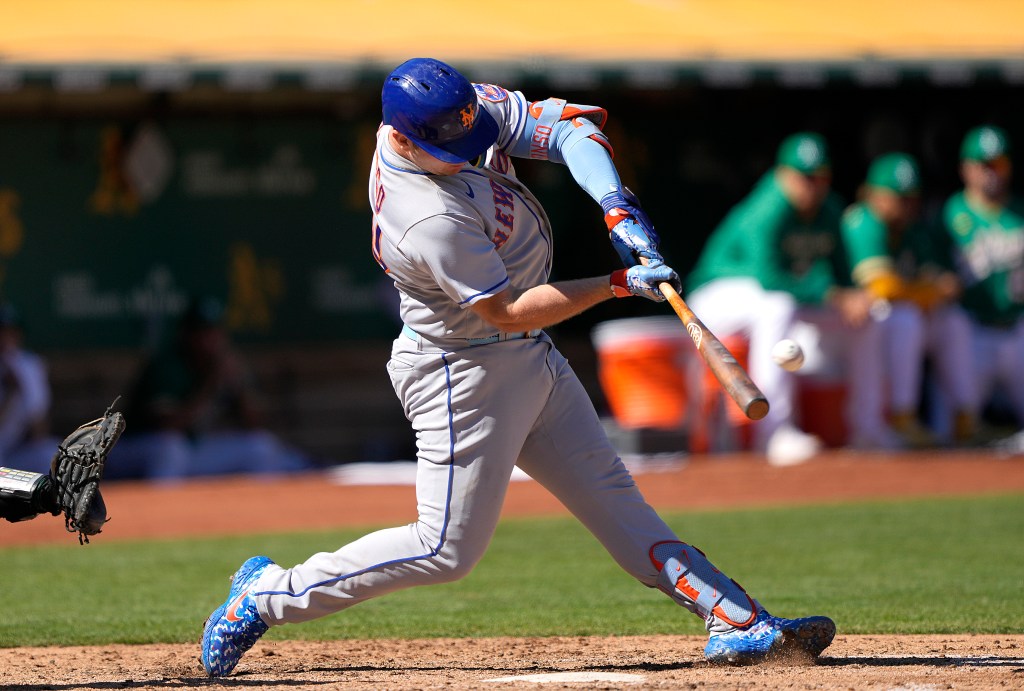 The run support was plenty for Max Scherzer, who extended to 90 pitches in his second start back from the injured list and allowed one earned run, four hits and one walk with seven strikeouts over six innings. In his return from an oblique irritation last Monday, he retired all 18 batters he faced in Milwaukee, departing after 68 pitches.

The three-time Cy Young award winner is expected to receive one last regular season start next weekend in Atlanta, where the division race could potentially be decided.

Facing a left-handed starting pitcher for a third straight game, the Mets jumped on JP Sears early, receiving an RBI single from Tyler Naquin in the second inning for their first run. In the third, Eduardo Escobar delivered a two-run single that extended the lead to 3-0. The Mets had loaded the bases on walks to Brandon Nimmo and Jeff McNeil with a Francisco Lindor single sandwiched in between. 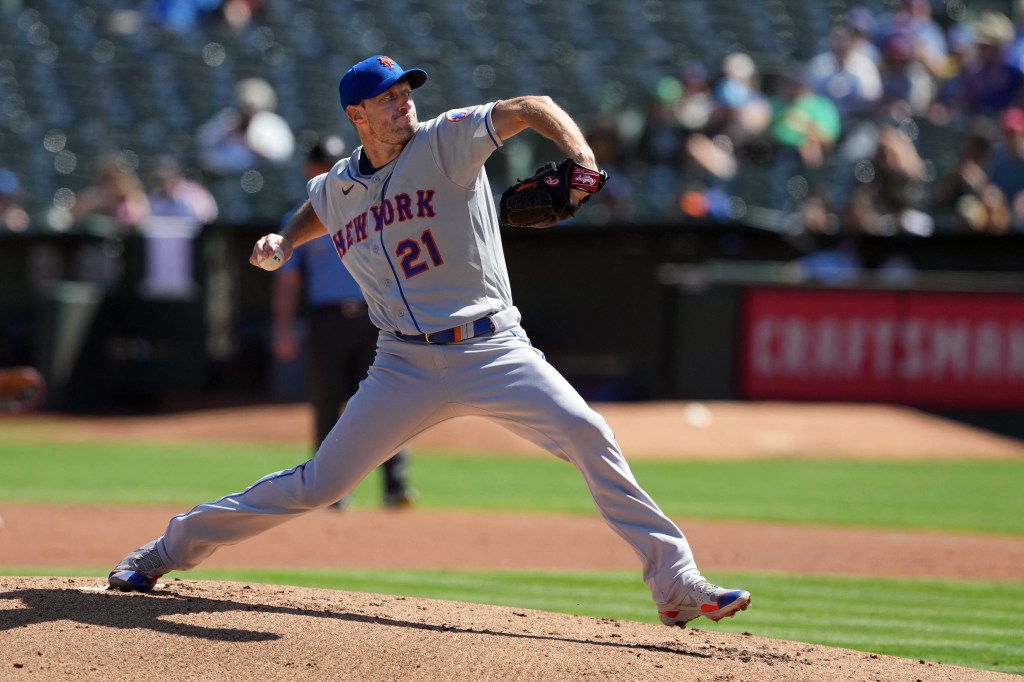 The Mets broke it open in the fourth with a two-out rally that needed four runs and a 7-0 lead. Lindor stroked a two-run double in the inning before Alonso launched a monstrous home run to left field that moved him ahead of the shared club RBI record by Piazza and Wright. Alonso’s homer was his 39th this season, second in the National League to Kyle Schwarber (42).

Seth Brown homered leading off the fourth for the Athletics, giving him homers on consecutive days against Jacob deGrom and Scherzer, respectively. 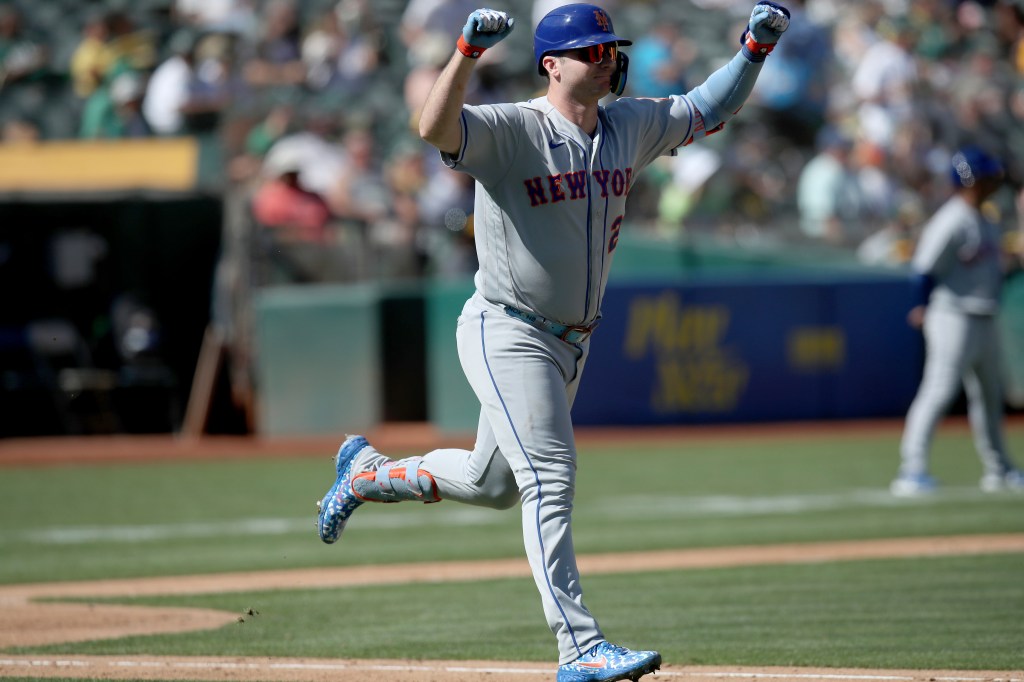 Seth Lugo surrendered a three-run homer in the ninth to Conner Capel after Adam Ottavino and Drew Smith each pitched a scoreless inning in relief.

Buck Showalter had talked before the game of the need to find work for Edwin Diaz, who hadn’t pitched since Tuesday, but the Mets closer did not appear in the game.