London — Queen Elizabeth II died of "old age," according to the death certificate for the late British monarch.

An extract of the certificate was published by National Records Scotland on Thursday. It lists old age as the queen's cause of death and says she died at 3:10 p.m. local time on September 8 at her summer home in Balmoral, Scotland.

Her death was registered by her daughter, Princess Anne, on September 16. 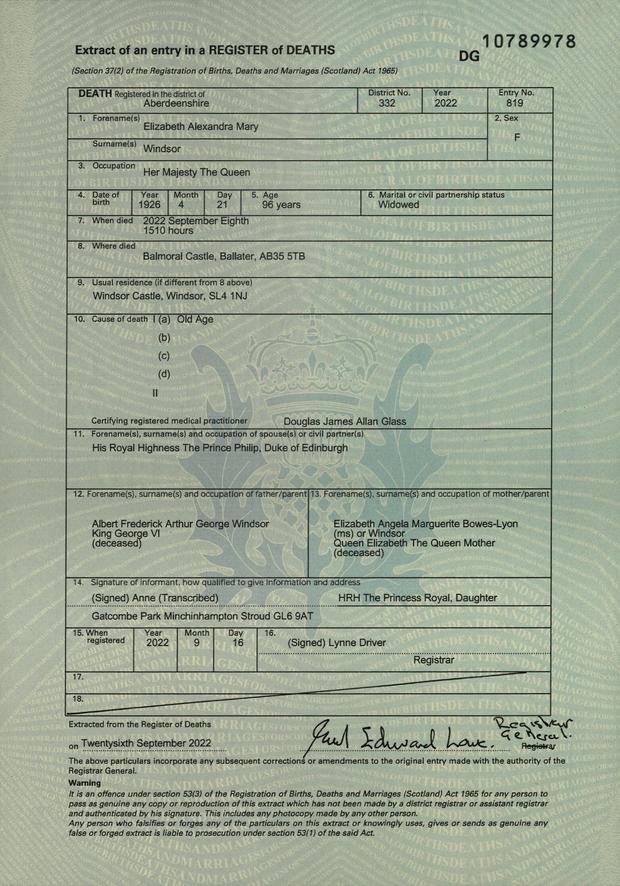 At around 12:30 p.m. on September 8, Buckingham Palace released a statement about the queen's health, saying doctors were concerned and that she would remain under medical supervision. Her death was announced to the public at approximately 6:30 p.m. that evening.

Only two days prior, a photo was released showing the 96-year-old monarch meeting Liz Truss to formally ask her to serve as the United Kingdom's new prime minister. Earlier this year, Elizabeth had celebrated her Platinum Jubilee, marking 70 years on the throne.

For months, Britain's longest-reigning monarch had suffered from what Buckingham Palace referred to only as "mobility problems." The health issues forced her to withdraw from many of her public engagements. 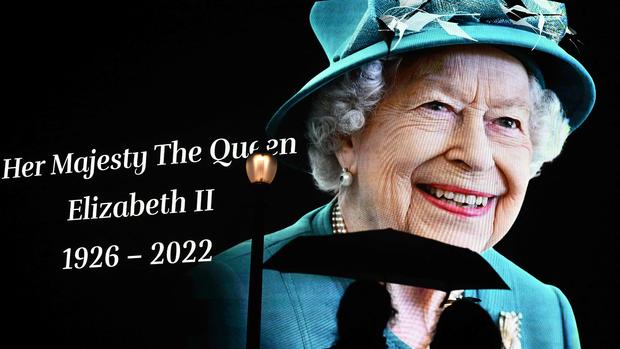 Upon the news of her passing, tributes poured in from around the world. A 10-day period of national mourning was declared and the queen's coffin lay in state in Westminster Hall in London. Tens of thousands of members of the public waited in line for hours to pay their respects.

At the moment of her death, the crown automatically passed to her eldest son Charles, who became King Charles III.

"I am deeply aware of this great inheritance and of the duties and heavy responsibilities of sovereignty which have now passed to me," Charles said. "In taking up these responsibilities, I shall strive to follow the inspiring example I have been set."

Haley Ott is a digital reporter/producer for CBS News based in London.