“That’s the scary part,” defensive tackle Solomon Thomas told The Post. “It’s just crazy, the potential for him even though he’s already so good. He’s definitely an All-Pro player. He’s playing at an All-Pro level right now. … If he continues to be as productive as he is, you can see him being a defensive MVP one day.”

So much was made recently about his sideline passion play with defensive line coach Aaron Whitecotton and his rotational use in the wake of defensive coordinator Jeff Ulbrich unfortunate “gasping for air” remark … the Jets prefer the conversation to be about what kind of Game Wrecker the player they simply call Q is becoming.

“Q’s a phenomenal player and he’s playing at the highest level in my opinion he’s played at since he’s been in the league,” center Connor McGovern said.

“He’s always been a great athlete, really explosive and quick, but he added just another element of power. He could always beat you one-on-one, but now he’s gonna press you upfield, he can really split double teams. He makes it hard for two guys to block him, let alone one. He’s a special player.”

Q was the personification of ALL GAS NO BRAKE when he chased Kenny Pickett out of bounds last Sunday.

Robert Saleh: “The way he ran Pickett down, that’s almost 40 yards of running for a 300-pound man in a full sprint. That’s hard to do for anybody.” 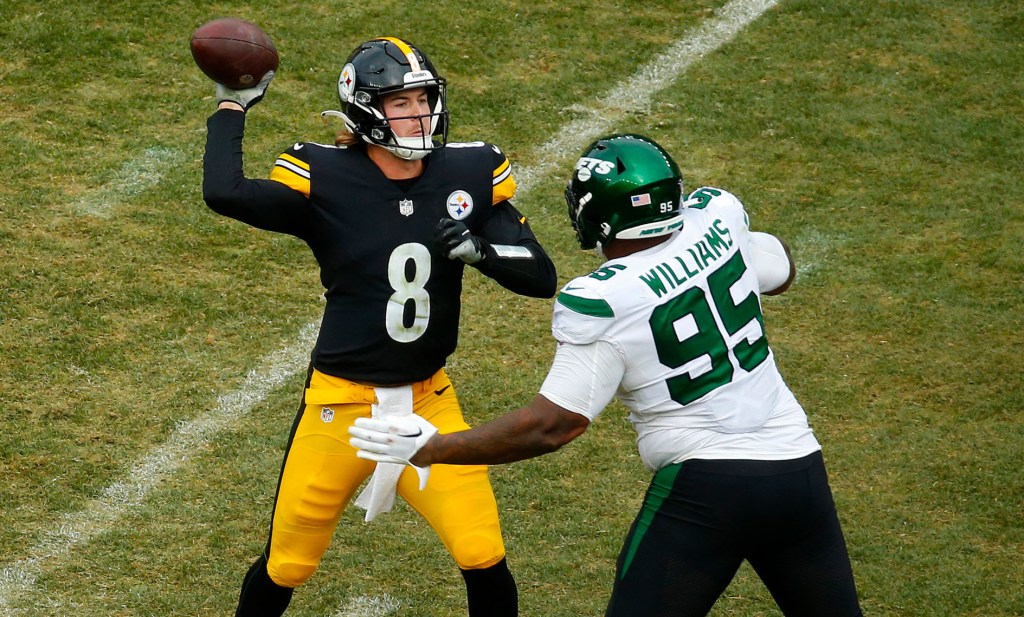 Carl Lawson: “High-intensity effort … motor. Everything’s good about his game, there’s no drop off in anything as far as effort, technique, violence, power, speed, athleticism, smarts.

“So it’s just like it’s damn near impossible to block.”

When asked about his ALL GAS NO BRAKE example, Williams all but shrugs.

Jets color analyst Marty Lyons loved it when it happened.

“I pointed it out on the radio,” Lyons said. “I said for a guy over 300 pounds to make a tackle that far away from his position tells you a little bit about him.”

Married life clearly agrees with Quinnen Williams, certainly more than it does these days with Tom Brady and Gisele, and there is the matter of a big-ticket contract awaiting him after the season. He is in the best shape of his life and he’s taken on more of a leadership role this season, never being satisfied or becoming complacent and forever chasing greatness.

Williams won’t be running down Dolphins cheetahs Tyreek Hill and Jaylen Waddle anytime soon, but he can help the Jets corners by making life as miserable as possible for Teddy Bridgewater. 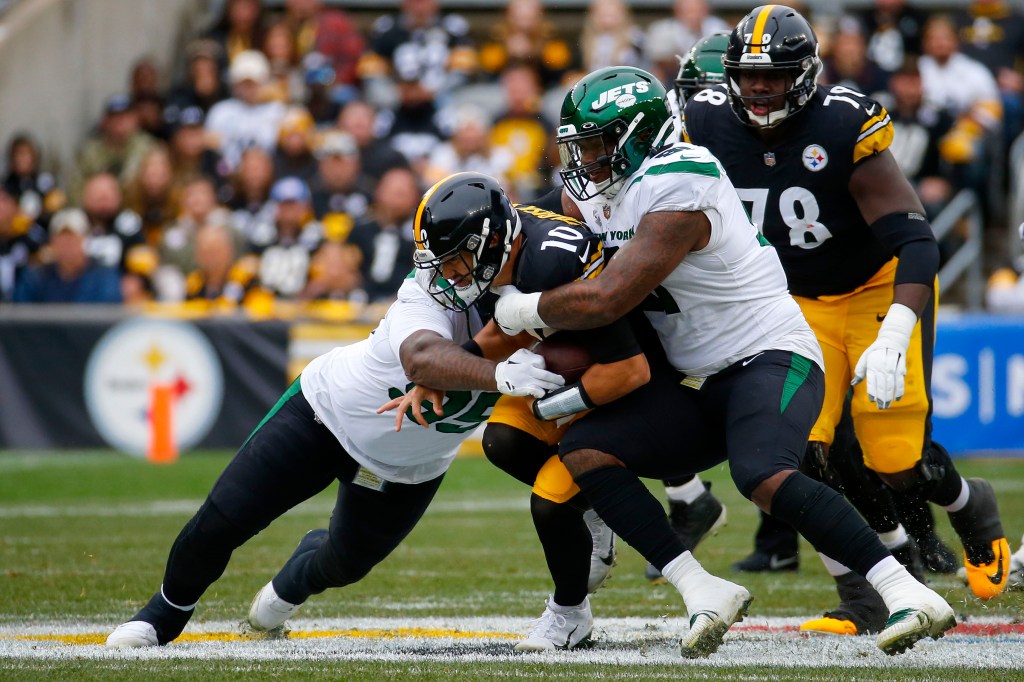 “You try to one-on-one block, he’s absolutely destroying offensive linemen in front of him,” Saleh said.

“There’s really nothing he can’t do on the field,” Rankins said.”As a run defender, he’s as stout as anybody in the league. He’s explosive, he sheds blocks really well, and he’s not just a guy who has to make tackles within the box, he can make plays sideline-to sideline. And as a pass rusher you’re starting to continue to see that development with him stringing moves together, being able to win with power, win with finesse, win with counters and pretty much control games in the run and pass. I said it in camp earlier that he was looking as good as I’ve ever seen him and he’s done nothing but continue to show that dominant style.”

As much as he would love to never come off the field, Williams is all-in with the defensive line rotation.

“I think he’s got the physical tools to be like Joe,” Lyons said, “but there’s only one Joe Klecko.”

These Jets believe there is only one Q.