Raleigh police released dramatic bodycam footage Monday of a shootout with the 15-year-old boy accused of killing five people — including an off-duty cop and his teen brother.

The recording from the Raleigh Police Department was made public seven weeks after the Oct. 13 massacre allegedly carried out by teenager Austin Thompson in the city’s Hedingham neighborhood.

Following a roughly 90- minute manhunt after the rampage, bodycam video shows the moments K-9 officers track Thompson down in a barn in a wooded area.

“We’re on a track,” an officer can be heard saying in the clip, which shows multiple angles of a roughly 5-minute period, according to WRAL.

Officers surround the shed around 6:45 p.m., when someone fires several booming shots at the officers from inside, striking K-9 Officer Casey Clark in the knee, video shows. 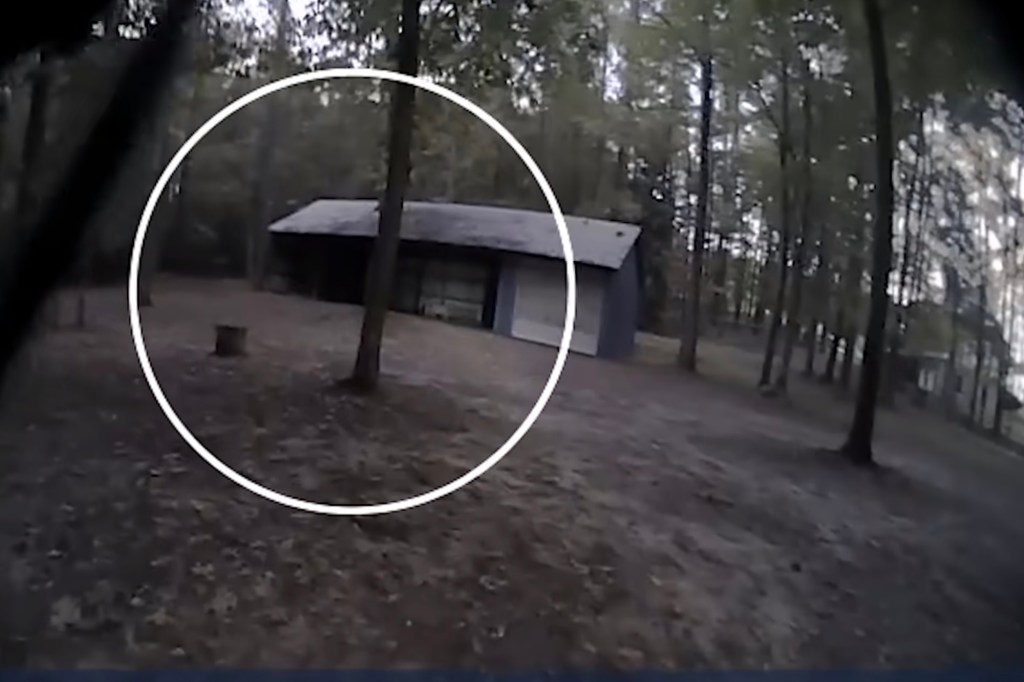 Clark’s own bodycam caught the heart-pounding moment he was hit while approaching the shed.

“Oh f–k!” He screams out, collapsing to the ground as bullets fly over his head from both directions. The high-caliber weapons muffle the audio.

“Where are the shots from?” another officer yells out after the gunfire stops.

“That way,” Clark says from the ground, pointing. 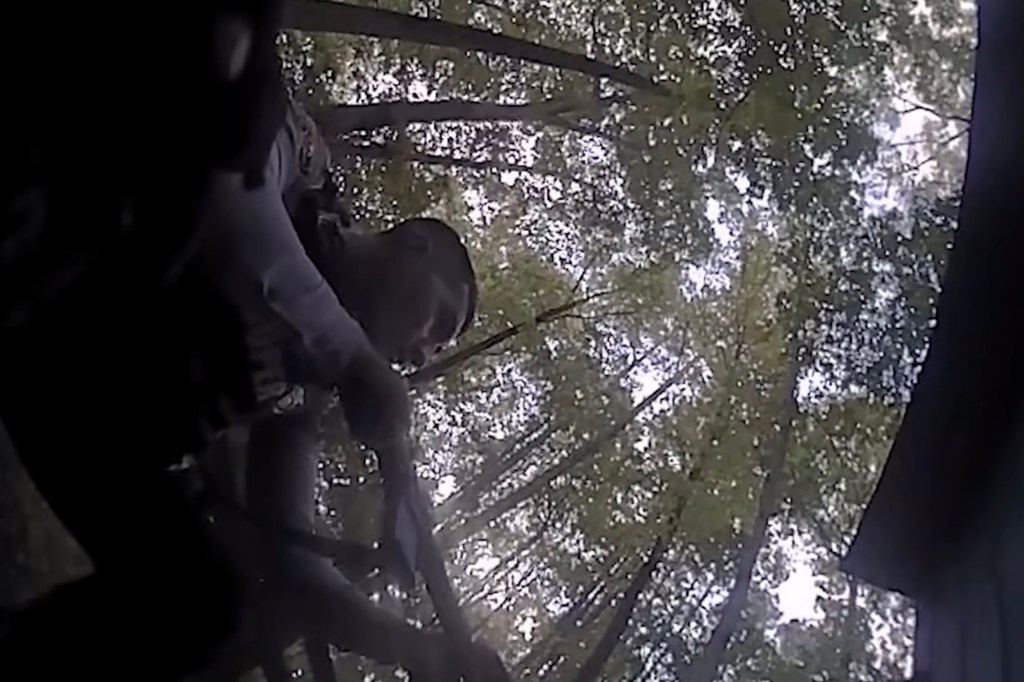 Officers pull Clark behind a tree and apply a tourniquet to his right knee as the wounded cop remains remarkably calm.

“I am nauseous but I’m good,” said Clark. His injuries were not life-threatening.

Three hours later, breached the building and found Thompson suffering from an apparent gunshot wound. The teen was in possession of a handgun, a large knife clipped and a backpack filled with several types of shotgun ammunition, police said.

A new photo obtained by WRAL shows a police robot approaching Thompson inside the barn before he was taken into custody.

Thompson allegedly killed five people, one dog and injured two others before barricading himself inside a residential building during the shooting spree.

Among the dead were off-duty police officer Gabriel Torres, 29, and Thompson’s own brother, 16-year-old James Thompson.

Nicole Conners, 52, and her dog Sammy, Mary Marshall, 35, and Susan Karnatz, 49, were also killed in the violence.

Thompson was initially listed in critical condition, but has been recovering. His motive is still unknown.