Putting Alexis Lafreniere, Filip Chytil and Kaapo Kakko together to start the season may be the natural way to go, due to the familiarity and their standout playoff performance, but the long-term hopes for the Rangers youngsters requires the three to be evaluated separately.

After they were broken up for the final playoff game of last season — when Kakko was scratched in favor of Dryden Hunt — the Kid Line was reunited the first couple days of Rangers training camp. Ahead of the first preseason game against the Islanders on Monday, however, the trio was split up not only onto different lines, but also different game groups.

The Rangers will need Lafreniere and Kakko in particular to become top-six players eventually, whether or not that will be this season is yet to be seen. But with four of the top-six spots set in stone considering the contracts attached to them, the 20- and 21-year-old wingers will likely have to make it in those roles by themselves, not as part of a line together.

“They’re talented players and they feel comfortable playing with each other,’’ Gallant said of the Kid Line earlier in camp. “I don’t know where it’s going to be in the exhibition games, or Game 1 of the regular season. We’ll see how our lineup looks and how things shake out. But if they’re starting together, I’m happy with it. They’re a good line.’’ 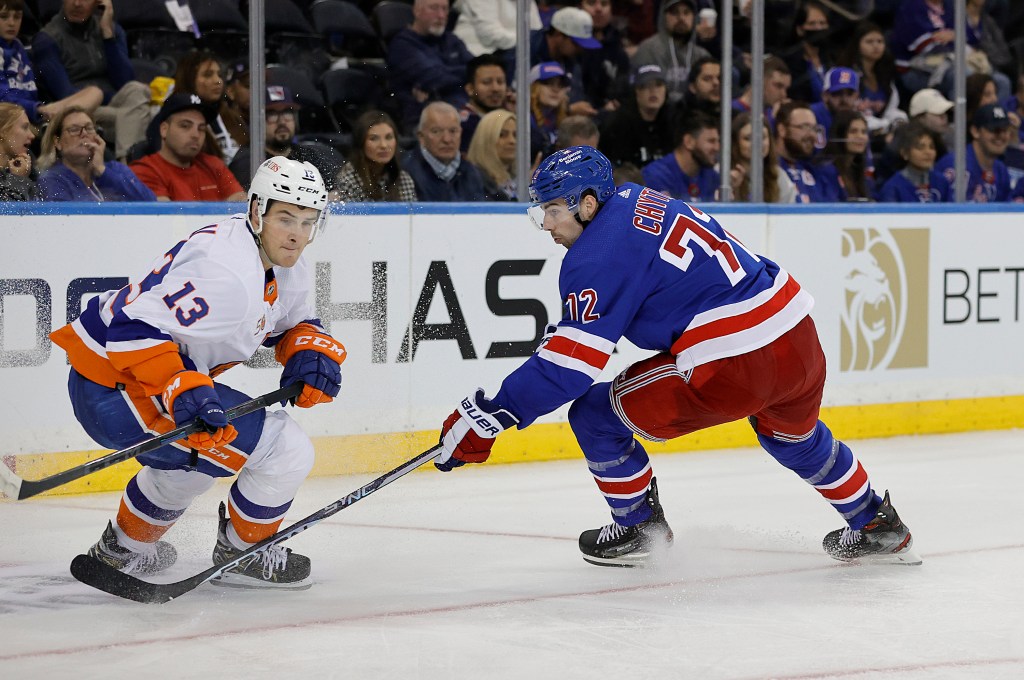 So Kakko slotted into the right-wing spot on the top line next Chris Kreider and Mika Zibanejad in the Rangers’ preseason-opening 4-1 win over the Islanders on Monday night at Madison Square Garden. He notched an assist on Zac Jones’ 4-0 score in the second period. While skating in the middle of Jimmy Vesey and Vitali Kravtsov, Chytil earned an assist on Jimmy Vesey’s power-play tally in the first period.

That leaves Lafreniere to flank Vincent Trocheck along with Artemi Panarin, presumably in the second preseason contest in Boston on Tuesday.

Preseason is the time to experiment with line combinations, but it’s also an evaluation period management can use to gauge where certain player’s games are. Lafreniere, who was second on the team in even-strength goals last season (19) behind only Kreider’s 23, started on the top unit in 2021-22, but couldn’t hold on to the spot. The first-overall pick of the 2020 NHL Draft should see time there again.

Last season, Lafreniere logged just 26:31 at five-on-five with Panarin and Strome, so it makes sense that management would want a more extended look. Lafreniere has repeatedly said he is comfortable playing on either wing, but a first-line job would likely require him to skate on his off-side.

“He took a big step in the playoffs, physically,” Gallant said of Lafreniere, whose 50 hits in the playoffs trailed only the 52 recorded by both Kreider and Ryan Reaves and the team-leading 73 hits by Jacob Trouba. “I don’t want him playing all the time like that. He was running around, he was probably one of our most aggressive players in the playoffs, but I loved the way he played and competed. 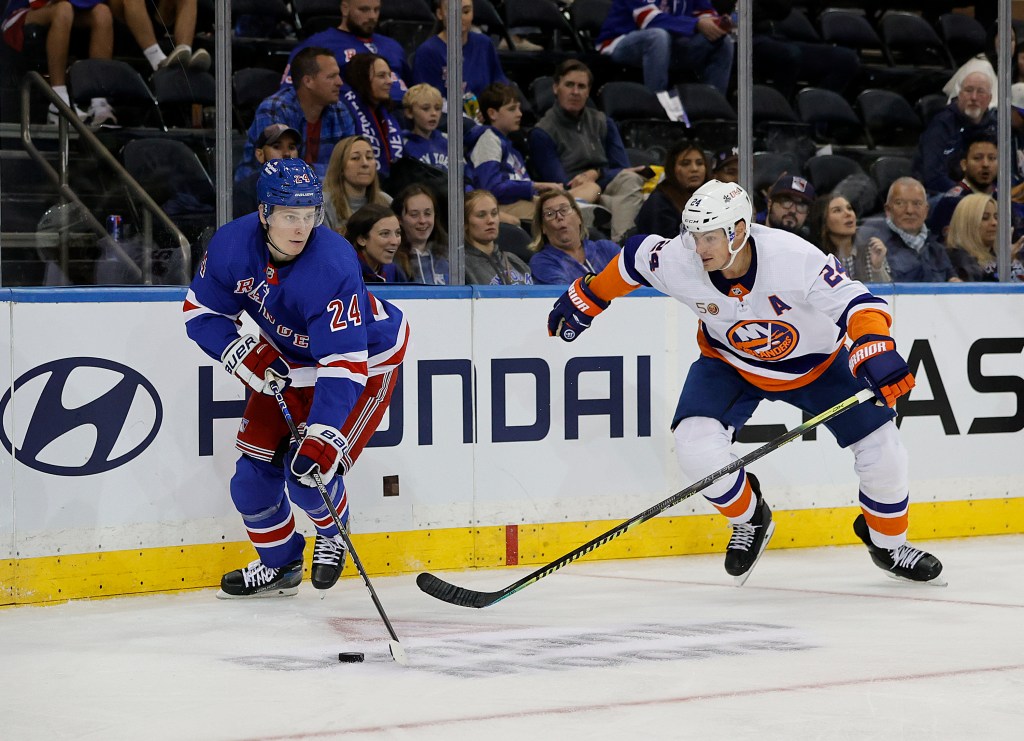 “He’s not going to do that for 82 games, but you bring that game and your best game, it’s a big part of it. I think Laffy played a complete game in the playoffs.”

Kakko saw 170:07 next to Panarin and Strome last season, finishing with eight goals for and four against, according to Natural Stat Trick. Sidelined for 31 games with a wrist injury, Kakko wasn’t able to get into a groove until rejoining forces with Lafreniere and Chytil in the playoffs.

“I think the first thing is I try to be healthy this season,” Kakko said. “I think I played good in the playoffs, so I try to keep doing those things.”