Gerard Gallant has maintained throughout training camp that he doesn’t put much stock into the first handful of preseason games, which he believes are meant for getting back into game shape, but the Rangers head coach said the last two exhibition games will be the closest lineups to what we can expect to see on opening night at Madison Square Garden on Tuesday.

“We’re down to the nitty gritty,” Gallant said Wednesday morning before the Blueshirts fell to the Bruins, 5-4, in their second-to-last preseason contest.

The Rangers have 28 players remaining and plenty of looming roster decisions to make. Goaltending is set, with Jaroslav Halak securing the backup role behind Igor Shesterkin after Louis Domingue was assigned to AHL Hartford this week. The final spot(s) on defense appear to be between Libor Hajek and Zac Jones, who skated alongside Braden Schneider on Wednesday. Up front is where you can find a majority of the question marks still hovering over personnel and line combinations.

The ongoing auditions for the right-wing spot on the top line next to Mika Zibanejad and Chris Kreider is likely where management will focus the most over the final two exhibition games. Four different players — Kaapo Kakko, Sammy Blais, Barclay Goodrow and Jimmy Vesey — have gotten a look there between the preseason games and training camp practices. 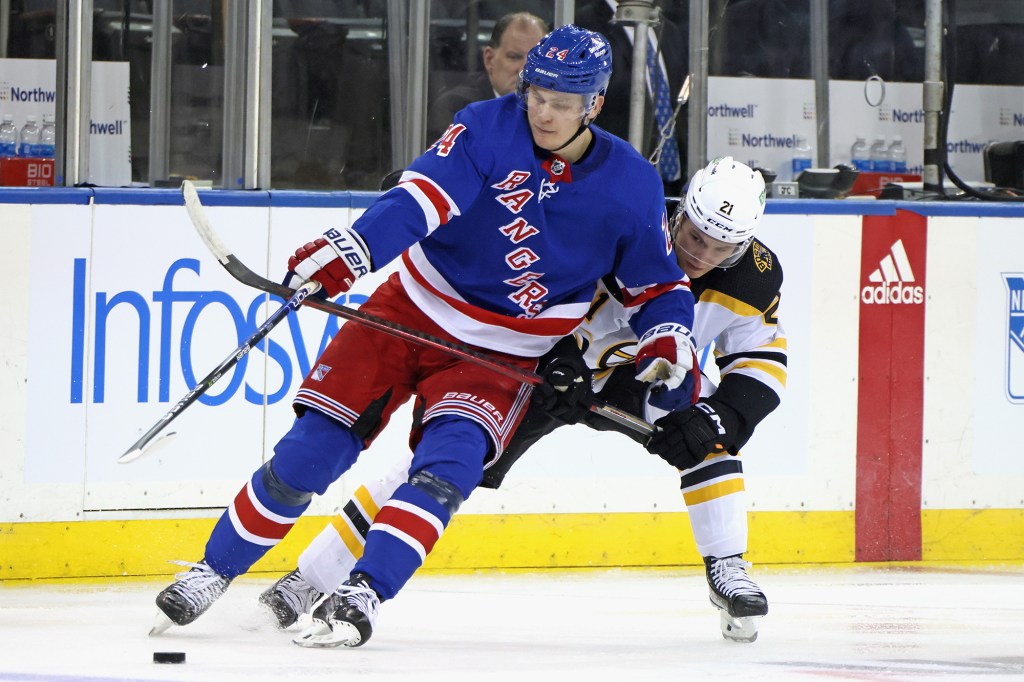 It doesn’t feel as though any of the aforementioned players have made a significant impression to officially snatch the job next to the Rangers’ No. 1 center and reigning leading goal scorer, but none of them have gotten an extended opportunity to, either. Vesey, who is on a professional tryout and campaigning for his second act on Broadway, is the latest candidate getting a shot at filling the role.

“Honestly, it’s no different than [Vitali Kravtsov] playing with [Artemi Panarin and Vincent Trocheck] right now,” Gallant said. “We’re going to see what shakes out. At the end of the day, after the last exhibition game, we’re going to sit down and have a hard conversation about where we think the best guy will fit in each line. Maybe we’ll break up the third line, the Kid Line [of Alexis Lafreniere, Filip Chytil and Kakko].

“Honestly, we’re not 100 percent sure yet. We’ve got a good feeling, but we’re going to wait and see how things shake out and hopefully, nobody gets hurt. Then we’ll put our lines together. People are getting opportunities.”

It wouldn’t be surprising if Lafreniere ends up starting the season on the top line, where the 2020 first-overall pick spent some time at the start of last season. The Rangers have expressed confidence in Lafreniere’s ability to switch to his off side, as has Lafreniere himself, but there are other factors to consider.

Bumping Lafreniere to the top unit would break up the Kid Line, which was the Rangers’ most consistent and effective trio in last season’s playoffs. The youngsters further padded their case to remain together Wednesday night with a few long and meaningful shifts in the offensive zone. Kakko also scored two goals in the loss, one on a breakaway and another around the net to finish off a Hajek slap shot.

“Obviously, if they’re playing that way, I’d like to keep them together,” Gallant said. “But we got to get the other guys going, too.” 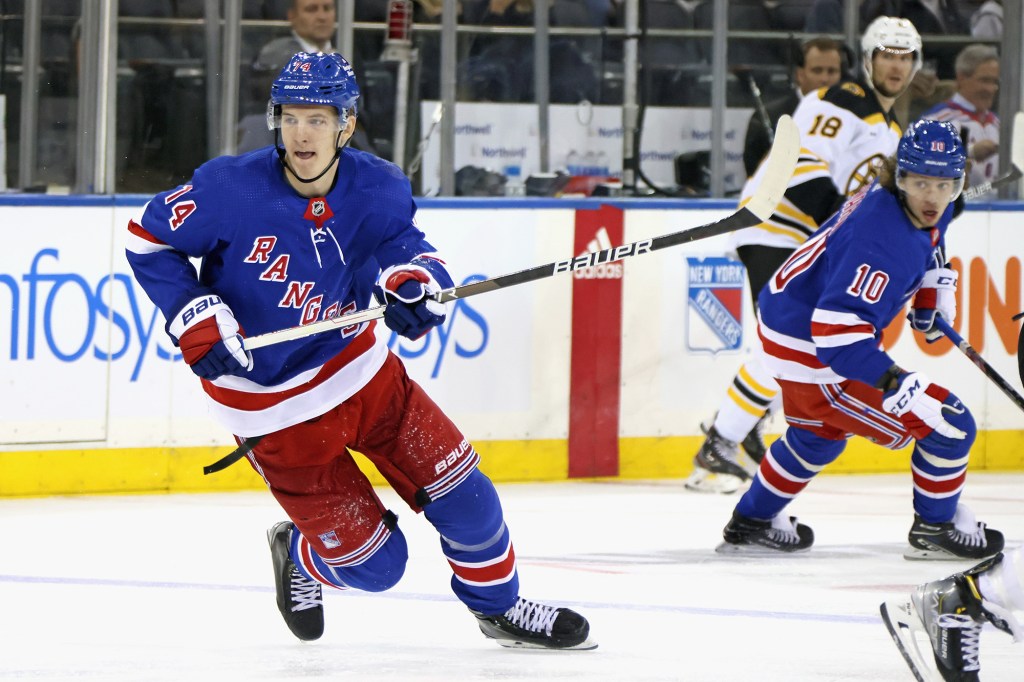 Additionally, utilizing Blais or Goodrow in that spot would significantly shorten the Rangers lineup. The ideal scenario would be similar to how the Rangers aligned on Wednesday, with Blais and Goodrow flanking the fourth line. Gustav Rydahl has had a good camp and centered that unit, but Ryan Carpenter’s penalty-killing abilities may be the difference between the two centers the Rangers picked up in the offseason.

All signs point to Kravtsov starting on the second line with Panarin and Trocheck, who the Russian winger skated next to Wednesday night. Between the initiative Panarin has taken with Kravtsov and the amount of time those three have spent on a line together this preseason, it appears the Rangers will try to give that unit every opportunity to succeed.

“I can’t wait until I see the regular combinations and they’re going well and things are working well,” Gallant said. “It gives you lots of options. The players we’ve got gives you lots of options as a coach. When I sit down with [Chris Drury] and his staff and you’re looking at a guy like Rydahl, who we don’t know very well, and some guys that come in here and they played pretty well and you got tough decisions to make.

“It’s a good thing to have. But it’s also, as a coach, you’re happy with the way things went last year, we had a real good group of guys, but you’re trying to get better every year. So they’re making it tough. That’s what as an organization you’re happy about.”