Two scuffling teams starving for a win met at the Garden on Monday.

It wasn’t always pretty, but the Rangers eventually satisfied their hunger, at least for a night.

After coughing up three different leads and then falling behind, the Rangers saved their best hockey for the third period, scoring three unanswered goals to secure a 6-4 win over the Blues.

Alexis Lafreniere delivered the decisive goal, tipping in a shot from Mika Zibanejad at 8:16 of the third period to put the Rangers ahead for good. Lafreniere had started the night on the third line but finished it on the top line alongside Mika Zibanejad and Kaapo Kakko, a move that paid off for coach Gerard Gallant.

Chris Kreider then added shorthanded insurance at 14:04 to give the Rangers the two-goal lead they had been unable to take all night. 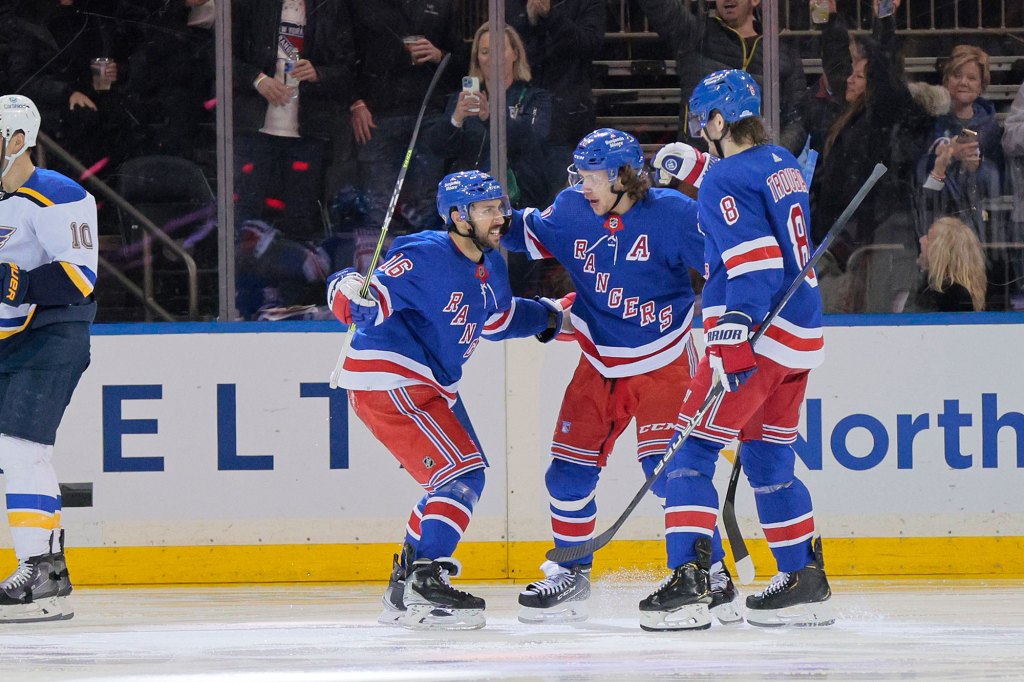 Even though they led 1-0, 2-1 and 3-2, the Rangers had just 12 shots on goal through the first two periods and entered the third trailing 4-3. But they responded in a big way, putting 12 shots on net over the final 20 minutes to escape with the win.

K’Andre Miller found a key time for his first goal of the year, unleashing a shot from inside the blue line that found a way past Jordan Binnington to tie it 4-4 at 4:48 of the third period. 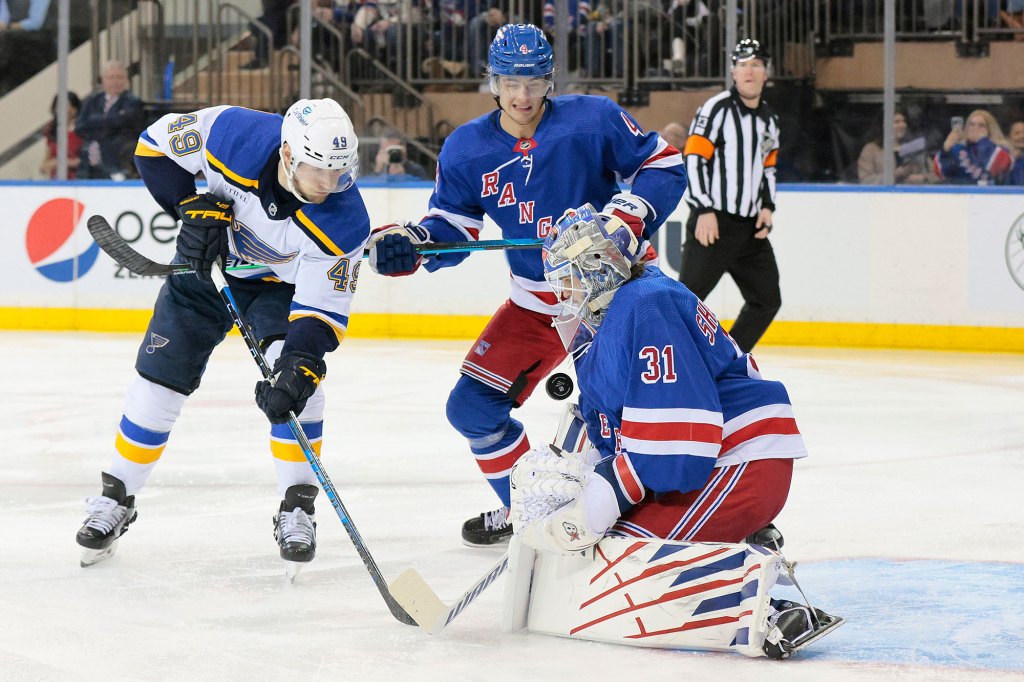 The Rangers’ 1-0 lead (from Braden Schneider) lasted just 70 seconds late in the first period until former Blueshirt Pavel Buchnevich tied it. But Adam Fox answered before the period ended, striking six seconds into a power play for the 2-1 advantage.

That lead lasted even shorter than the first one, this time 40 seconds, as the Blues took advantage of poor puck management by the Rangers, which allowed Vladimir Tarasenko to take a shot that deflected off Fox’s stick and in to tie it 2-2 just 12 seconds into the second period.

The Rangers responded quickly again, less than a minute later, when Vincent Trocheck tipped in a shot from Artemi Panarin to regain a 3-2 lead. 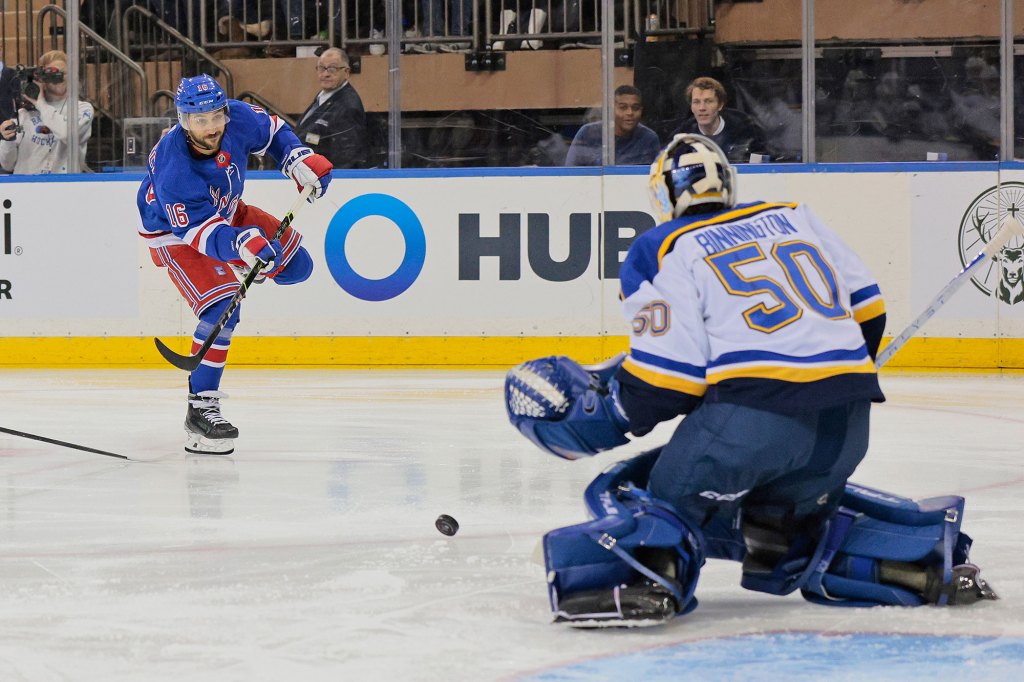 But after the Rangers wasted a pair of shorthanded chances — including one with a slick deke from Kakko that just lacked the finishing touch — the Blues tied it back up on a power-play goal by Jordan Kyrou midway through the period.

The Blues then took their first lead of the game just over a minute later at 12:33 when Ryan O’Reilly cleaned up a rebound for the 4-3 advantage. As the final seconds of the period ticked off, the boos rained down on the Rangers from their home crowd.