Give Robert Saleh this: He is consistent.

The Jets coach stayed on message Monday, saying his “intent” is still to get benched quarterback Zach Wilson back in the lineup this season.

It looks increasingly unlikely that Wilson will be able to regain his starting job, though, as his replacement Mike White has strung together two good games. He did not throw a touchdown pass in Sunday’s 27-22 loss to the Vikings but showed poise in the fourth quarter and made some gutsy throws to put the Jets in position to win the game.

The Jets are 7-5 and are in a playoff race with five games left. White has thrown for more than 300 yards in each of his two starts. There is no way Saleh is benching White for Wilson if things stay on the same track, but Saleh publicly is still supporting Wilson, who the Jets selected No. 2 overall in 2021. It may be a way to bolster Wilson’s confidence or maybe the organization does not want to appear like it has given up on the player they thought would be their franchise quarterback. Either way, it seems like Saleh is just trying to spin the situation and knows that White will be the guy going forward this season barring a total collapse. 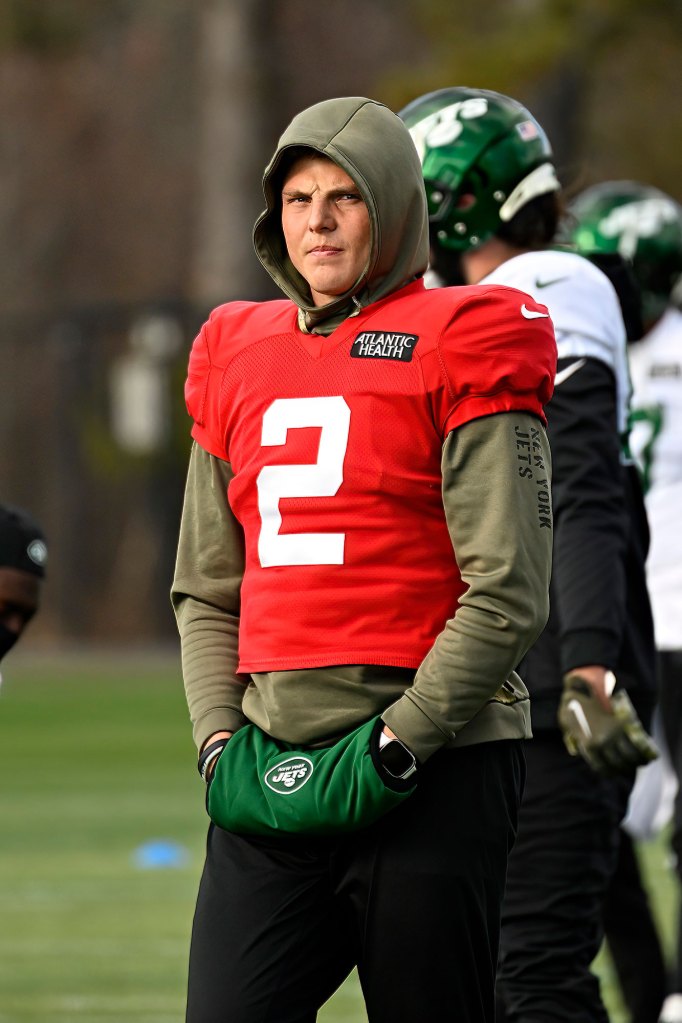 Saleh said Wilson has a chance to impress in practice every day as the scout team quarterback, the player who portrays that week’s opponent for the Jets’ starting defense.

Intent is a funny word and clearly Saleh is playing some semantics here. He can have that intention if he wants but White can change that intent with the way he is playing.

Saleh ducked a question Monday on whether White can alter his plans, but clearly he is not going to bench a quarterback who is immensely popular in the locker room and is playing well.

“This is Mike’s opportunity to make noise,” Saleh said. “You never ask how your opportunity comes. You just take advantage of your opportunity and you do the best that you can. We’ve got all the faith in Mike. I know the line, ‘If you have more than one quarterback, you have none.’ Well, we feel like we have three of them. We have three pretty damn good ones.”

When the Jets face the Bills on Sunday, the plan is for White to be the starting quarterback, Joe Flacco to be his backup and Wilson to be inactive again, the same order the quarterbacks have been in for the past two weeks since Saleh benched Wilson after a loss to the Patriots. 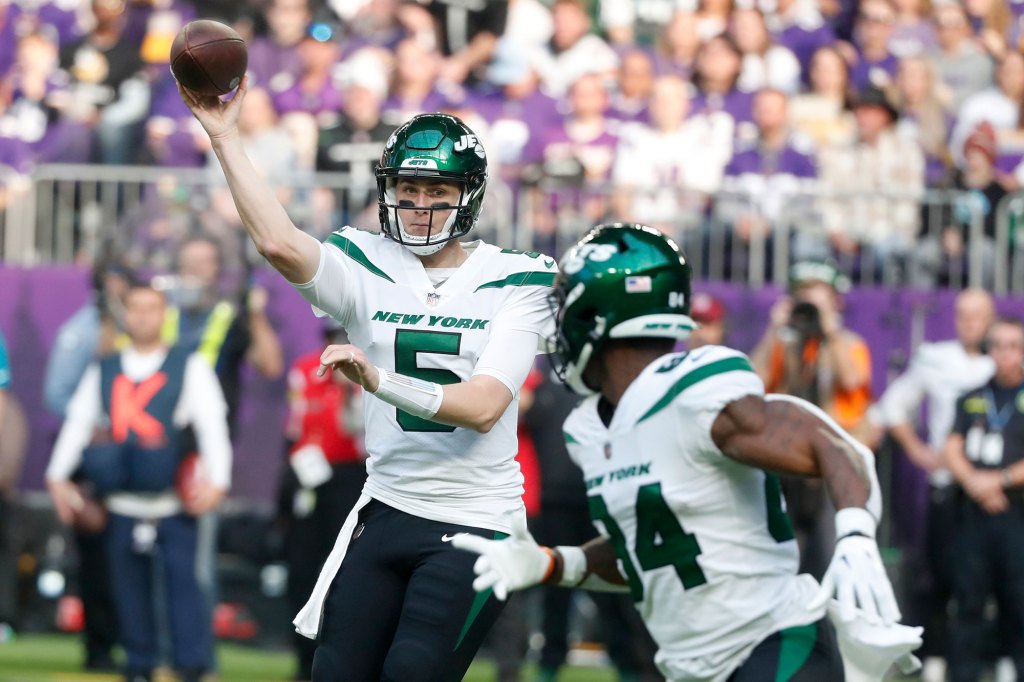 As for the future beyond this season, Saleh would not touch that. He was asked if he was open to the idea that White just might be better than Wilson and could be the long-term answer at the position.

White completed 31 of 57 passes on Sunday for 369 yards and had two interceptions. It was not his best game, but he also showed command and led the team down the field in the fourth quarter with a chance to win the game twice.

“He made some big-time throws in crucial situations,” veteran left tackle Duane Brown said. “I thought he kept his poise and his talk in the huddle was always positive. He’s always really talking confidence to the offense. We never lost faith. There was never a moment in time that we thought we were going to lose that game. He took some big hits as well and got up and brushed himself off and made some big-time throws right after that. Really proud and happy with the way he’s been performing.”