Jets coach Robert Saleh went over a critical situation from Sunday’s 27-22 loss to the Vikings that has drawn criticism.

The Jets had third and fourth down from the 1-yard line with just under two minutes left the game, trailing by five, and threw the ball twice. Both passes were incompletions and the Jets could not get the 1 yard needed to take the lead.

Saleh said the third-and-1 play was a run/pass option. White chose to throw the ball, but wide receiver Garrett Wilson stumbled and the ball sailed incomplete.

On fourth down, instead of handing it off to running back Zonovan Knight or running a quarterback sneak, offensive coordinator Mike LaFleur ran a pass play from an empty formation, meaning there were no running backs in the backfield. White threw the ball to Braxton Berrios, who was open, but the ball was slightly behind Berrios and the receiver could not make the catch despite the ball hitting his hands.

“It’s call your best play,” Saleh said on what LaFleur was thinking. “Call your best possible play that you’ve been working on the entire game, the one that’s going to find a way to get open and we had a guy open. It just didn’t work out. You can say a little bit off, catch the ball, whatever it is.” 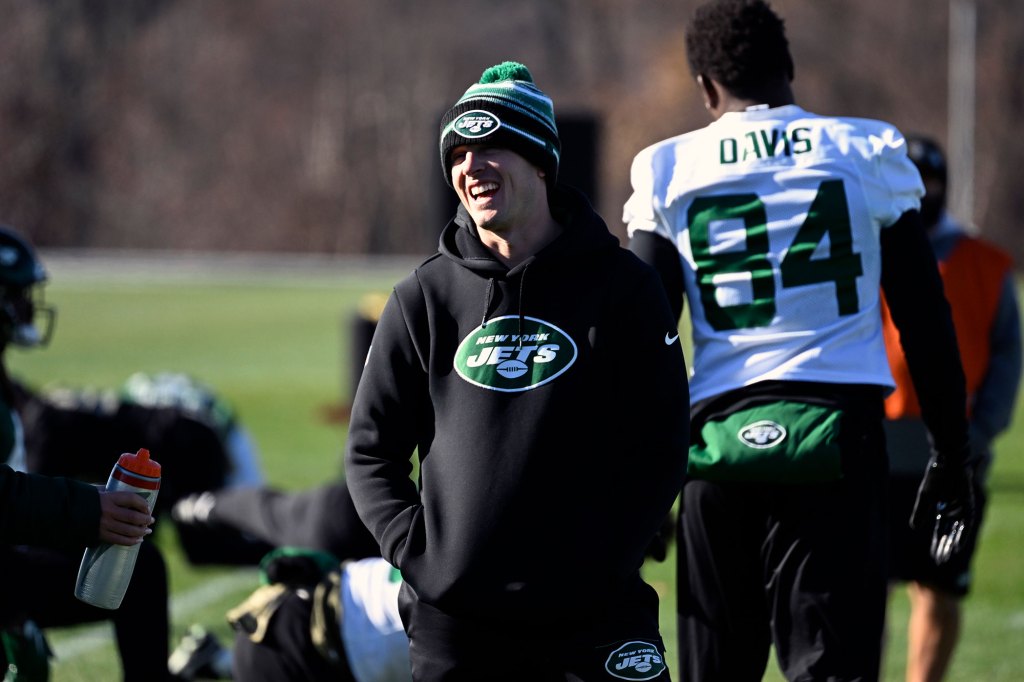 Saleh was asked if LaFleur should have at least had a running back in the backfield as a decoy.

“Could you put a guy in the backfield to show run? Sure,” Saleh said. “Anytime something doesn’t work you’re always going to want to hit the rewind button. At that moment, you’ve got to stick to your preparation, stick to what you’ve done.What is the best thing we can call at this moment? And that’s what we went with.”

The Jets took a long look at what happened in the red zone for their offense on Sunday. The Jets only scored one touchdown in six trips inside the 20. They put up a season-high 486 yards but lost, mainly because of the red-zone struggles.

The Jets are 26th in the NFL in red-zone efficiency this season at 48.6 percent. Over the last three weeks, they have been even worse, going 2-for-9 and ranking 31st in the league. Jets kicker Greg Zuerlein kicked five field goals to keep them in the game, but not scoring touchdowns killed the Jets.

“We’ve just got to find ways to finish those drives and get six instead of three,” tackle Duane Brown said.