“It means a lot, not just for me. I think it means a lot for a lot of people that he’s clean, he’s a Yankee, he plays the game the right way and I think he gives people a chance to look at somebody who should be revered for hitting 62 home runs and not just as a guy who did it in the American League,’’ Maris Jr. said after watching Judge tie the record his father set in 1961 on Wednesday in an 8-3 Yankees win over the Blue Jays at Rogers Centre.

Asked if he considered Barry Bonds’, Mark McGwire’s and Sammy Sosa’s milestones to be illegitimate, Maris Jr. said: “I do. I think most people do.” 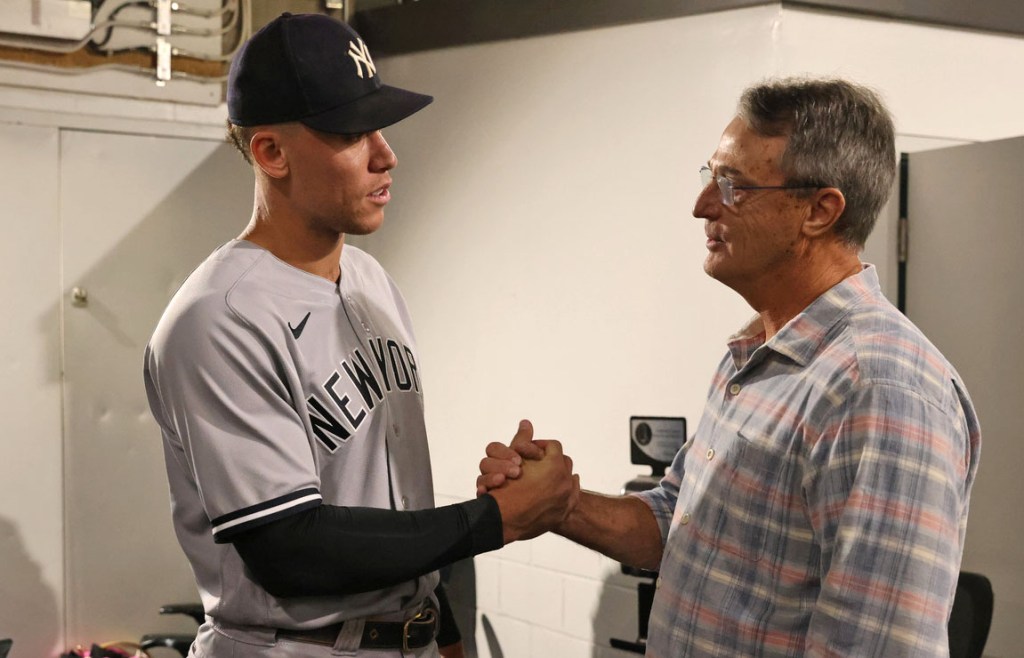 MLB has previously said it will continue to look at Bonds’ record of 73 home runs hit in 2001 as the official record.

Maris Jr. has been at each of the last nine Yankees games, and watched Judge get to 60 on Sept. 20.

But he chose not to meet Judge until after the game Wednesday, when they greeted each other outside the clubhouse. Maris Jr. sat next to Judge’s mother, Patty, at the game.

“The philosophy was, ‘Let Aaron do what Aaron is doing, trying to hit the home runs and not be a distraction,’ ” Maris Jr. said. “Obviously, the Yankees are trying to get a playoff berth. … I didn’t want to meet him until he actually hits the home run.”

That took a while. Judge went seven games without a homer, his second-longest stretch without one this season. 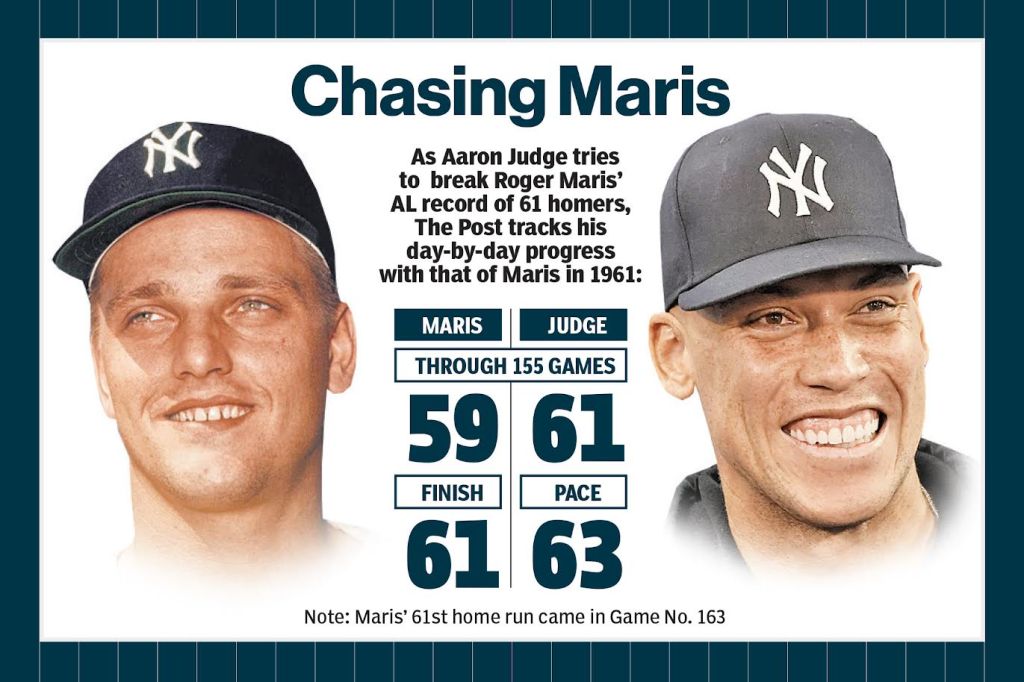 “Aaron’s driving us around from country to country, trying to watch him hit his 61st,’’ Maris Jr. said with a smile. “It’s been kind of crazy. It seemed like every time he comes to bat, it’s a 3-2 count, so we get to sit there and just [deal with] anticipation on anticipation, pitch after pitch after pitch.”

That ended, fittingly, on a 3-2 pitch from Toronto’s Tim Mayza, as Judge crushed a 117-mph laser over the left field wall in the top of the seventh. 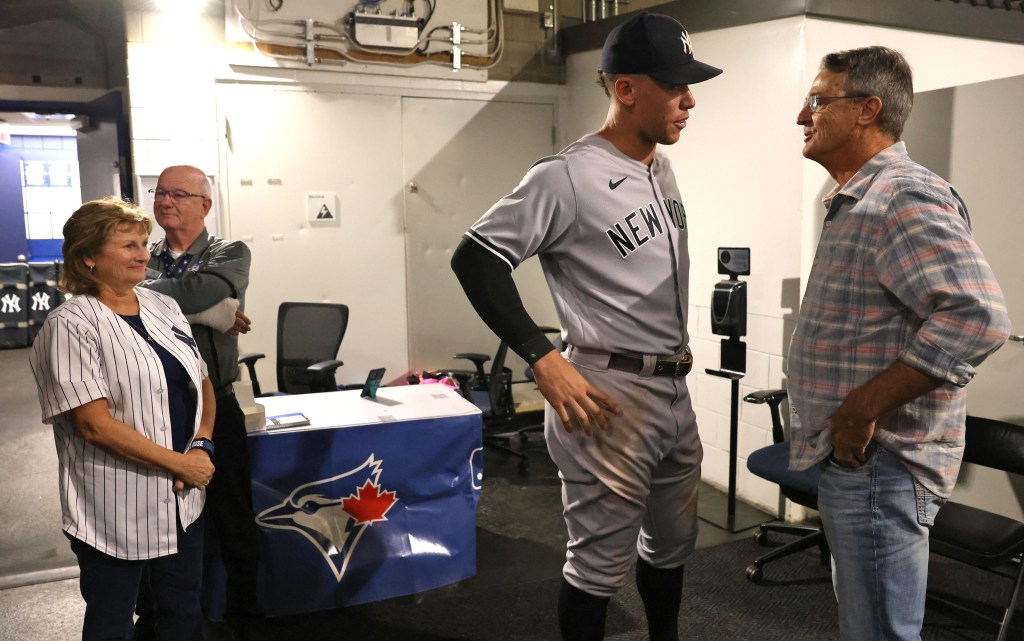 And now Maris Jr. will head with Judge to The Bronx waiting for the next one.

He expects it to happen quickly. 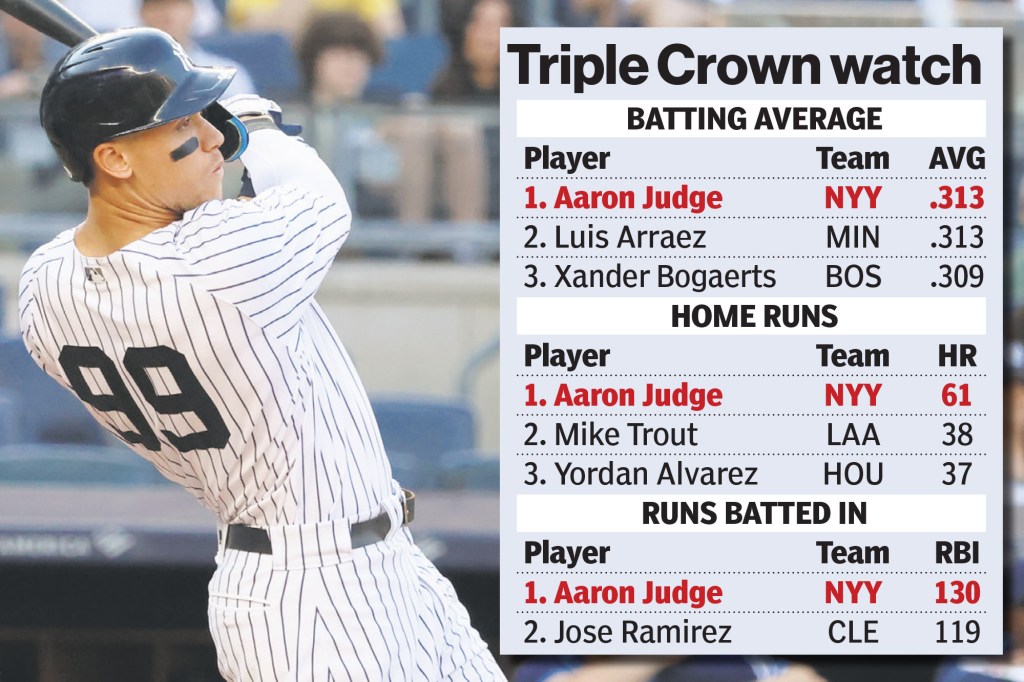 “I don’t think it’s going to take very long,’’ Maris Jr. said. “I think he’s loose. I think the party [for the division title on Tuesday], the celebration, I think loosened him up. After he hit that home run and came to bat the next time you could just see his face, I mean, he hit another seed. You can tell he’s back and he’s ready to go.

And if Judge does get it, Maris Jr. said Roger Maris would be pleased.