Manning made a quip during Sunday’s ESPN “Manningcast” of the Cowboys-Giants game about Wilson’s early struggles in Denver. The team is 2-1, but has not scored more than 16 points in any of its first three games.

“They should have paid that punter $235 million instead of Russell,” Manning said, referring to Wilson’s $245 million contract extension. to Front Office Sports on Tuesday, saying he wasn’t trying to be critical of Wilson.

Russell Wilson responded to Eli Manning’s joke that the Broncos should have paid Corliss Waitman $250M instead of him.

“You talking about Chad Powers?”

“I think we always try to support the guys that are in the game,” Manning told the website. “I think sometimes, ‘Hey, it’s live TV.’ I never try to take a real shot at somebody. I think that was obviously a very outrageous joke — because a punter had 10 punts. Nothing against Russell. He’s going to do great.”

“You’re talking about Chad Powers? I’m 3-0 against Chad Powers,” referencing a disguised Manning trying out as a walk-on for the Penn State football team. 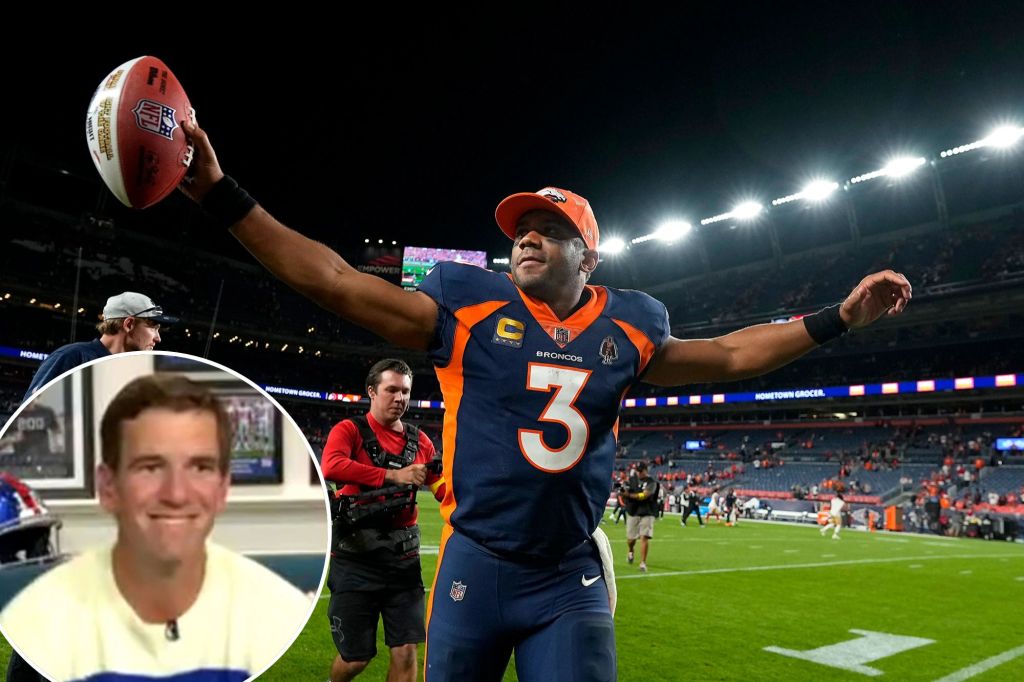 “Listen, it’s part of the game and you just have to have fun,” Wilson said “I have a lot of respect for Peyton [Manning] and Eli. I’ve always looked up to those guys. I’m not stressing about it.”