Cooper DeJean scored on a 45-yard interception return and Keavon Merriweather returned a fumble 30 yards for another first-half touchdown as Iowa rode its defense to 27-10 victory over Rutgers on Saturday night in Piscataway, N.J.

Evan Simon, the only healthy scholarship quarterback with Noah Vedral and Gavin Wimsatt hurt, threw an 18-yard touchdown pass to Aron Cruickshank early in the fourth quarter with Rutgers down 24-3. Jude McAtamney kicked a 28-yard field goal on the opening series for the Scarlet Knights, who were looking for their first 4-0 start since 2012.

Rutgers appeared ready to challenge Iowa on the opening series, but turning the ball over three times against a defense that allowed 13 points in its first three games was not the way to win. 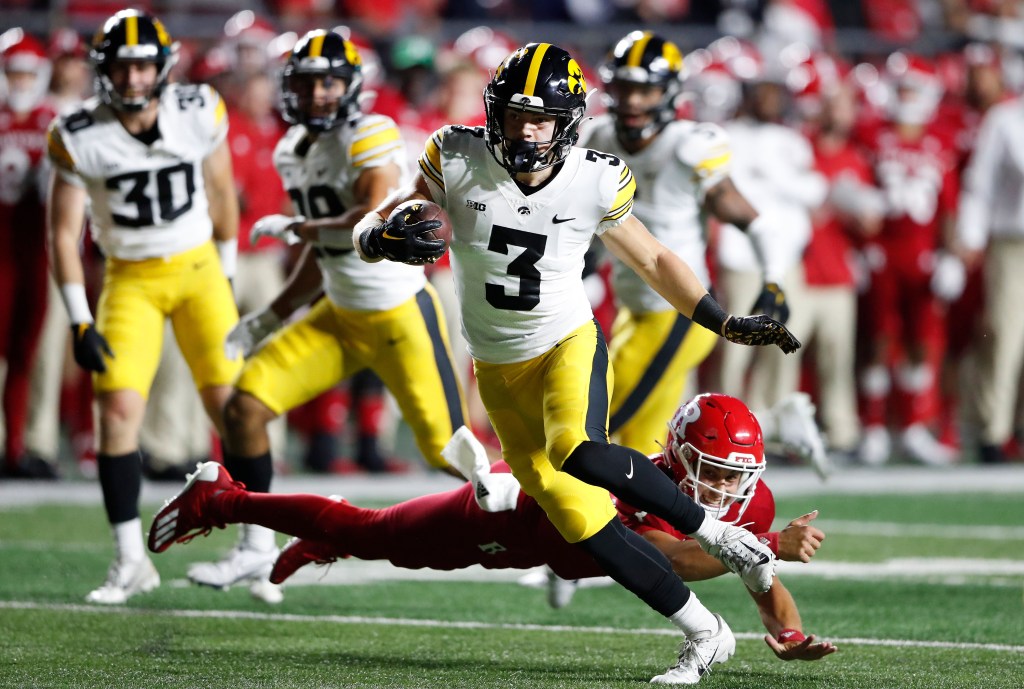 DeJean, who now has interceptions in three straight games, made an over-time shoulder catch on the right hashmark on a deep, hurried pass by Simon with about six minutes left in the opening quarter. He turned, cut across the field, eluded a couple of tacklers and scored for a 7-3 lead.

Merriweather, who also had an interception, got the defense’s second touchdown and stretched the lead to 14-3 with 8:28 left in the half. Safety Sebastian Castro forced a fumble by Joshua Youngblood after an 18-yard reception and Merriweather picked up the ball and had a clear path to the end zone.

Stevens stretched the lead to 17-3 with a 25-yard field goal just before halftime and Williams tallied on the opening possession of the third quarter. Stevens added a 51-yard field goal in the fourth quarter with a goalpost assist.