There’s an argument to be made for several Rangers as the club’s most important player.

Goaltender Igor Shesterkin is at the top of the list after his remarkable .935 save percentage carried the Rangers through last season. The leadership qualities that Jacob Trouba, Mika Zibanejad and Chris Kreider bring make for a good debate, too, as does Adam Fox’s all-situation play and Artemi Panarin’s offensive production.

The under-the-radar candidate, however, is certainly Ryan Lindgren.

“We always tell him before the game that he’s the straw that stirs the drink,” Kreider told The Post. “He is. He does so many little things for this team. There’s a reason he’s the biggest unsung hero on this team. The way he blocks shots, the physical way he plays every single night. He’s so committed to winning. To see him do the things that we’ve all been talking about from an offensive standpoint, just getting pucks through to the net when you’ve got a lane. 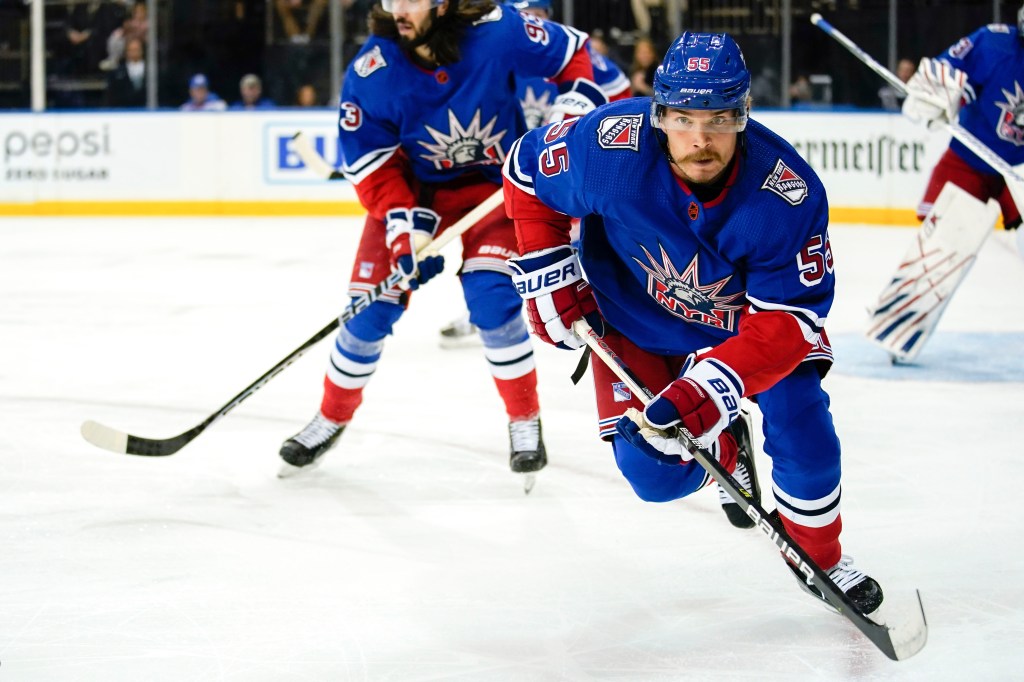 “I mean, right from the get-go, he’s moving, he’s jumping up into the play.”

Lindgren recorded the first three-point game of his NHL career on Wednesday night in a 3-1 win over the Senators. In addition to assisting on each one of the Rangers’ goals, Lindgren blocked three shots in 20:41 of ice time. They were his usual body-sacrificing blocks, the kind that sting more than most. Lindgren, however, never missed a shift, which is what the Rangers have come to expect from the 24-year-old over his five seasons in New York.

Wednesday night also marked Lindgren’s ninth career multi-point game and his second in three contests after he posted two assists against the Oilers on Nov. 26.

The Minnesota native is in the second season of a three-year, $9 million deal he signed after his entry-level contract expired following the 2020-21 season. Lindgren will be a restricted free agent with arbitration rights at the end of the 2023-24 season.

“He’s a character guy,” Rangers head coach Gerard Gallant said of Lindgren, who is second on the team in blocked shots with 42, behind only Jacob Trouba’s 60. “He blocks shots, he does everything for us. I think he’s got five assists in the last few games he’s played. He’s been great for us all year.”