How many times a day are you asked to prove your identity?  That number is increasing as a growing number of businesses, apps, and organizations want to make sure you’re the real you. For most of us, logging in and authenticating ourselves has become a ubiquitous part of everyday life, whether it’s to access our banking information, our emails, or our social media accounts.  They might even text us a code, or ask us to pick out photos, all in an effort to make sure we’re human.  And actor John O’Hurley says that’s what was driving him crazy.  “I am not a robot,” O’Hurley jokes.  “That’s going to be the title of my memoir when I put this all down to pen.”

O’Hurley is best known as the host of the annual National Dog Show, and for playing the eccentric catalog magnate J. Peterman on “Seinfeld.”  But he’s also an entrepreneur, and his latest venture is a partnership with a new company aiming to make all that authentication easier and more secure using biometrics – things like fingerprints, voice authentication, and facial scans.  The company, Q5ID, has an easy-to-use mobile app that allows users to enroll and authenticate securely, no matter where they are, complete with step by step directions, often in three minutes or less.

O’Hurley says he was inspired to work with Q5ID after seeing the damage that could be done with unverified users.  “When I saw a ‘deepfake’ the other night, I immediately went to saying that it would be nothing for a CEO, someone to fake a CEO, make some sort of statement about the financial wherewithal of the company and the stock would tank”, he explains. “Well, there would be no retrieving that by saying, ‘Well, it wasn’t really that person.  It was a fake’.” 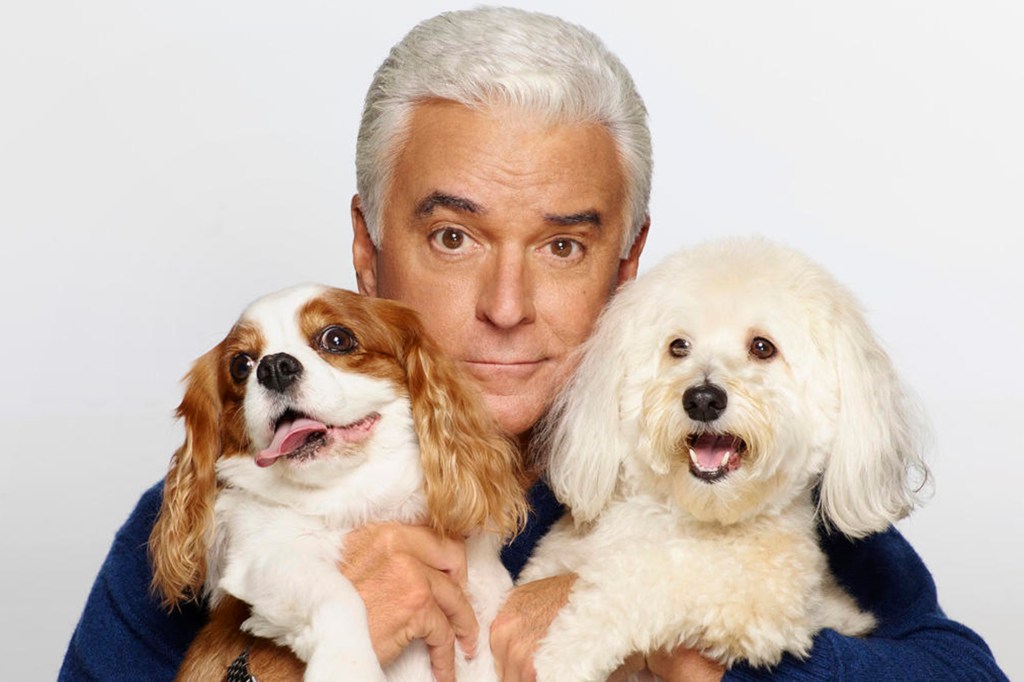 John O’Hurley is best known as the host of the annual National Dog Show.

And with bots now beating most authentication programs, Q5ID’s app will use your phone to scan your face or your palm, keeping the data on your own device.  Simultaneously, it proves to your bank, a social media platform, or any other company that it’s really you.  And it’s not just for businesses; better authentication could help schools, law enforcement, and government agencies cut down on digital fraud, which costs Americans tens of billions of dollars every year.

The company also offers an app called “Guardian,” with the goal of revamping and revolutionizing how missing people can be found.  It’s a free download that allows subscribers to add profiles of their loved ones should the worst happen, giving them the power to alert law enforcement immediately.

Ultimately, most experts are predicting our use of biometrics to increase significantly in the next few years.  It’s still not clear when – or if – it will replace the clunky two-factor authentication now in widespread use, but biometric apps are expected to be a $185 billion industry by 2031.  O’Hurley credits the boom to the ease of use, saying it’s a hit with consumers “because it’s the last time you technically would ever need a password, or a username. Because you are you.”