Every Nets player is expected to be available for Monday’s preseason opener except Seth Curry and T.J. Warren. While Curry hasn’t been cleared for full team practices yet, he’s inching toward it step-by-step.

“Getting closer every day. Doing a little bit more and more every day. I’m trying to be smart about it. Pass all the tests I need to pass and get ready to go, and stay mentally engaged at the same time to be ready for the season,” Curry said. “[I’m doing] full individual workouts … a bit of everything except playing five-on-five. That’s pretty much where I’m at.”

Both Curry and Steve Nash were vague about exactly what Curry is doing and what his next step is. During the portion of practice open to the media, Curry was doing battle rope exercises, riding the bike and doing individual work.

“He’s doing quite a dynamic individual workout. A little bit against coaches, but no real contact against players,” Nash said. “It’s more like phony defense by coaches, how’s that?” 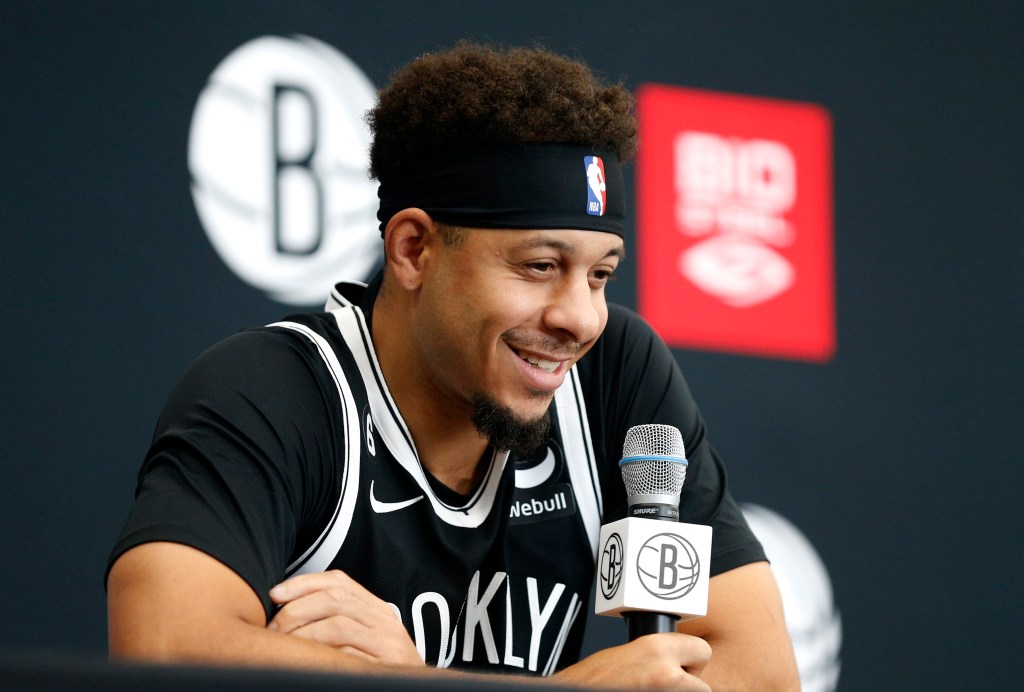 Curry had arthroscopic surgery on his left ankle in May after playing through pain last season. He’s estimated that he’s 85-90 percent, while Nash is hoping Curry can cameo in the Oct. 14 preseason finale in Minnesota.

“That’d be ideal. Can’t guarantee it. Whenever he’s ready, he’ll be ready. To be determined,” Nash said. “We’ve got to monitor his progress every day and see how it progresses.”

Still, Curry is expected to be fine for the Oct. 19 regular-season opener against New Orleans. To have his career 44 percent shooting from 3 — which edges Joe Harris for tops among active players — back in a finally healthy Nets rotation should be key.

“It’s going to be great. I feel like I had a great year last year. [I] was banged up but I could be even better healthy, add even more to the team. Not just me but everyone coming back healthy with a good fresh mindset is going to help this team a lot,” said Curry, aware of how last season’s changing lineups hurt the team.

“Last year, we came in and kind of played pickup because we skipped a lot of the steps as far as the basis of what we wanted to do defensively. And offensively, we were relying on pure talent to try to win games. So it’s good to come in with a basis of what the coaches want from this team and try to let everyone fit into their roles.”

Monday will mark James Harden’s return to Brooklyn after forcing the trade that brought back Curry and Ben Simmons. When asked his thoughts on his first Barclays Center game since the deal, he told the Philadelphia Inquirer: “Nah, I mean … it’s just a preseason game.”

HBCU students in Georgia face an extra obstacle in voting