The Nets have been open about how important — make that vital — this season-long, seven-game homestand is. And they tipped it off in style Sunday.

Seth Curry and the Nets pulled away in the fourth quarter for a 111-97 victory over the Trail Blazers before a sellout crowd of 17,732 at Barclays Center.

Kevin Durant and Kyrie Irving were solid as usual, but it was Curry that stole the show. He had 29 points, including 13 in the pivotal final period on 3 of 5 from deep. It was his highest-scoring game as a Net, and his seven 3-pointers were tied for his most as a Net.

The Nets held Portland to 6-for-19 shooting in the fourth.

“Stuck to our principles, try to stay in front of guys,” Curry said on a postgame TV interview. “If we don’t foul, our front-side defense is pretty good.”

It was good enough Sunday, along with a game-high 31 points from Durant and 22 points, six assists and five rebounds from Irving.

The Nets (10-11) needed to win by any means necessary to begin their Brooklyn stretch. 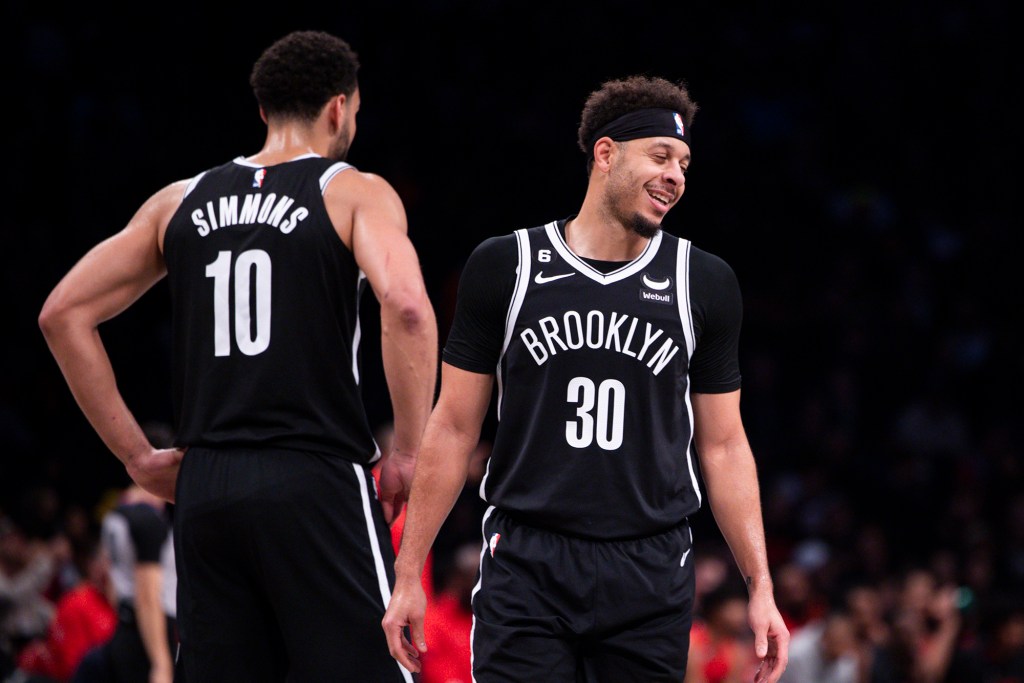 “I’ll got back to that quintessential word: winning,” coach Jacque Vaughn said. “We’ve got to win ballgames. We should have won the Indiana game. Go on back, watch the film. Have seven turnovers in the fourth quarter. Have our group out there the majority of time that started the game. Have defensive breakdowns like we did to end the game. Lose our poise and composure like we did at the end of the game.

“Can’t happen. Just because we’re at home, some of those same problems could arise. How we respond to it is key. We talked about this should be a good homestand for us. We get a chance to sleep in our own beds, play on our own court, have our own fans behind us, but you’ve got to take care of our business, and the goal is to win every single game we play.”

The last time the Nets had faced the Trail Blazers on Nov. 17, they had earned arguably their best victory of the young season. They gutted out a 109-107 win at the then-Western Conference leaders, who’d been 10-4. 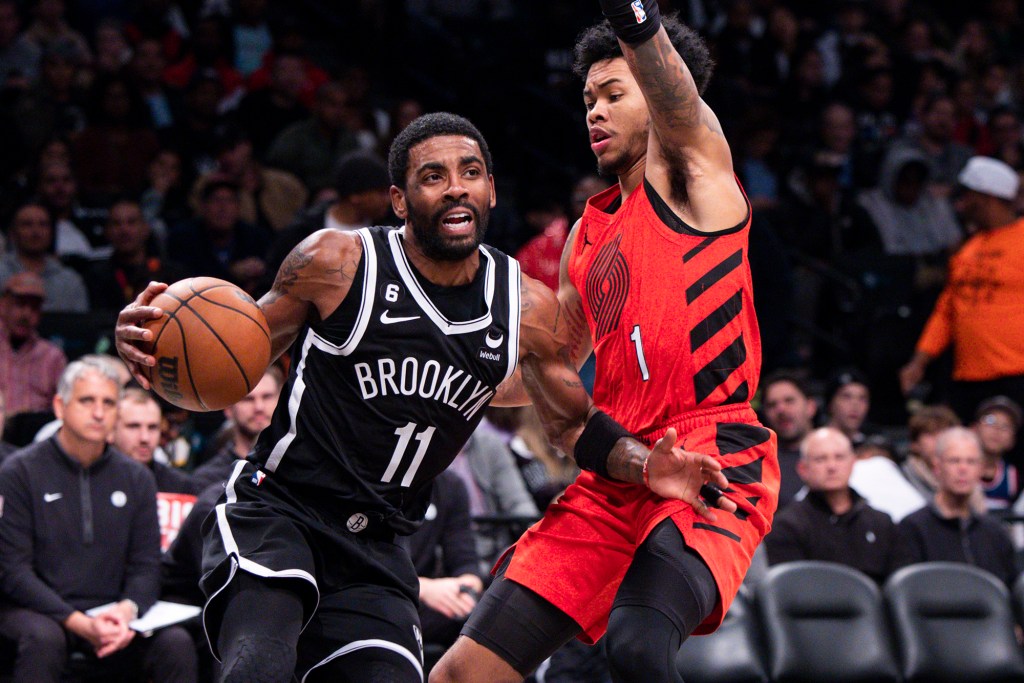 Since then? Portland (11-9) had lost four of five and lost superstar Damian Lillard to injury.

In a game with 16 lead changes and nine ties, the last came at 74-all with 4:21 left in the third on Justise Winslow’s pass to Jerami Grant for a running dunk.

But the Nets reeled off the next six points to give themselves the tiniest amount of breathing room.

Durant hit a 12-foot pull-up off an Irving feed to put the Nets ahead for good. And after they forced misses from Portland’s Trendon Watford and Anfernee Simons, Joe Harris drilled a much-needed corner 3-pointer and got fouled with 3:05 left in the third. The struggling Harris pumped his fist and calmly sank the ensuing free throw for a four-point play and a 80-74 cushion. 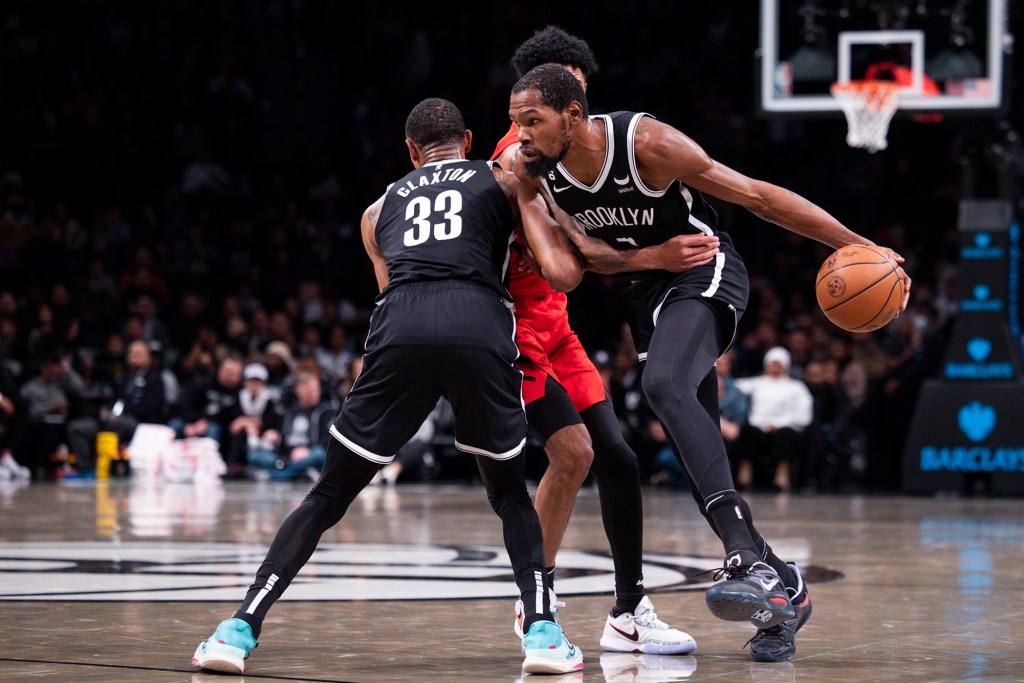 The Nets never surrendered that lead. Even when the Nets saw it cut to 80-79, they drew an offensive foul on Watford. Curry answered with a jumper on the other end. Then, Durant’s baseline kiss padded it back to four.

Clinging to a tenuous 89-87 edge after a Jusuf Nurkic putback with 6:45 to play, another Nets mini-run gave them the momentum.

Curry sandwiched a pair of huge 3-pointers around a Royce O’Neale free throw — after he was clobbered by Nurkic on a transition attempt — to put the Nets ahead, 96-87.