Asking the Islanders to win this game, with 12 skaters for most of the night, two more key players out and on the road against one of the league’s best teams, felt like it might be too much.

Somehow, it was not. And the Islanders, on the back of three disappointing losses in four games, just handed the Devils only their fourth regulation loss of the season, 6-4 on Friday night at Prudential Center. Even more impressive, they did so by controlling much of the game.

The floodgates opened in a three-goal second period for the Islanders, with Casey Cizikas and Oliver Wahlstrom scoring twice within a 40-second span to extend the score from 2-1 to 4-1, causing Devils coach Lindy Ruff to pull Vitek Vanecek for Akira Schmid. The Devils threatened after that, with Dawson Mercer bringing them within 4-2 when he put away a two-on-one break at 6:03 of the second, but never quite gathered enough momentum to seriously threaten for the win.

Brock Nelson scored his second goal of the game at 16:47 of the second, a one-timer on the power play to make it 5-2 and give the Islanders a solid cushion going into the final 20 minutes. 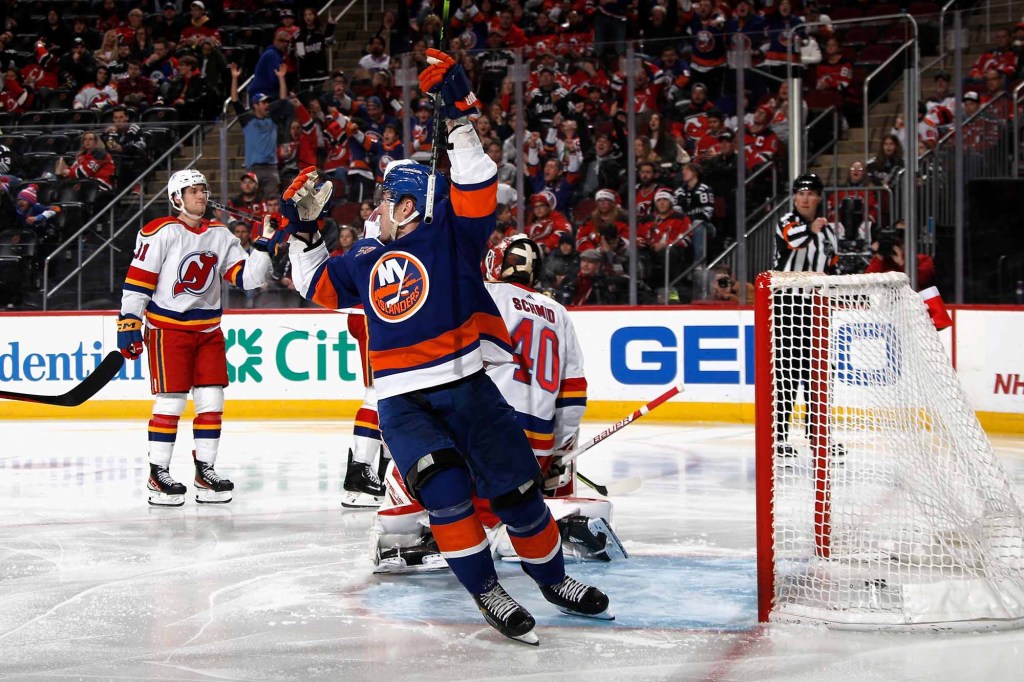 Cal Clutterbuck, in his return from an upper-body injury, extended that cushion to a decisive 6-2 just one minute into the third period with a snap shot past Schmid. The Devils got one back, with Tomas Tatar scoring just 1:30 later and came up with a late push when Jack Hughes scored with 6:21 to go. That led to a frantic few minutes of six-on-five, but the Islanders managed to hang on despite going the last 13:13 of the game without a shot on net.

It turned out, the Islanders had just enough speed to keep pace with the ultra-fast Devils, and their physicality didn’t hurt either. They defended with desperation when needed and responded offensively when asked. And though the game went chance-for-chance for long stretches — probably too many for the Islanders’ liking, in truth — they have the offensive firepower to keep up in such a situation. This was not a fluke win brought on by bad New Jersey goaltending. The Islanders deserved two points from this one, and they got it.

In the early stages of the first period, it looked as though the Devils’ speed advantage would be too much for the Islanders to overcome, as it was in the first matchup between these teams back in October. After Nico Hischier scored on the power play at 5:32 the Devils looked poised to romp. When the Islanders’ bench was trimmed after Anthony Beauvillier and Clutterbuck left the game with injuries, that feeling only grew. Clutterbuck would later return and score, Beauvillier would not.

But by the end of the first 20 minutes, the Islanders somehow held a 2-1 lead. Brock Nelson scored a wraparound goal off a breakaway, beating Vanecek seemingly out of nowhere to tie it at 15:37. Then with just nine seconds left in the first, Anders Lee scored with a screaming wrist shot from above the slot. 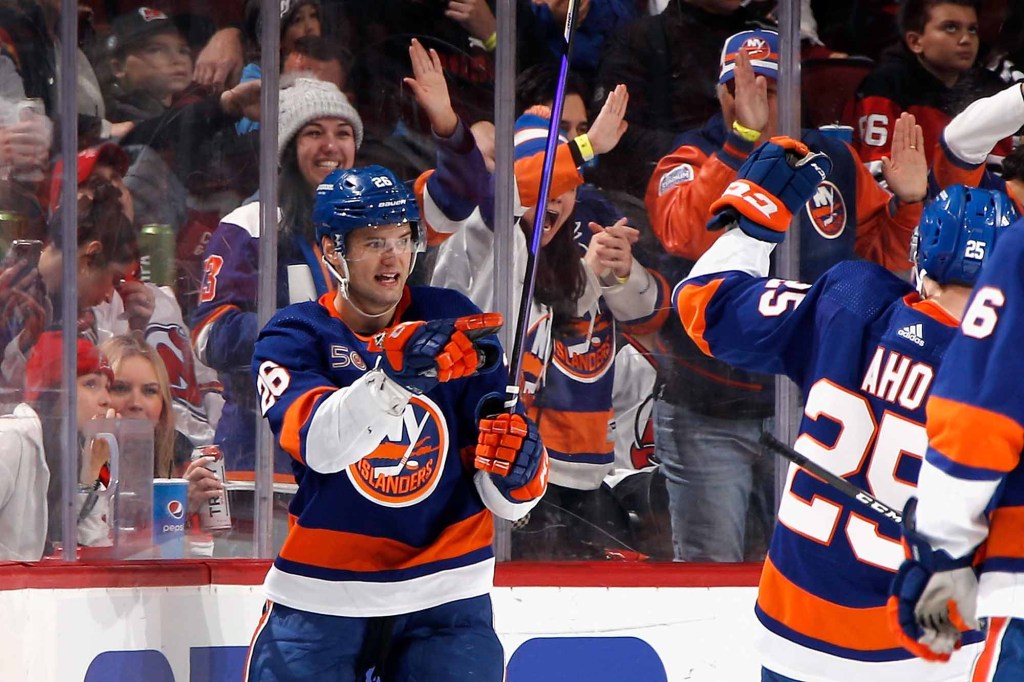 One game of 82 doesn’t prove much in the grand scheme of things, but the Islanders winning against this team, under these circumstances, does at least lend credit to the tenacity and resilience of their group — and it’s not the first time that’s been on display this season.

These Islanders have shown they can beat anyone — Colorado, Calgary, Edmonton, and now the Devils — on any night. They also can lose to anyone — Arizona, Philadelphia and Nashville twice. All that has so far added up to a 17-11-0 record that feels like the Islanders are simultaneously stealing points and wasting opportunities with regularity.

This one, though, will feel good — and rightfully so.

The Devils do not go down easily, and the Islanders walked into the night staring down a seven-game stretch that looked as if it would test them in every way.

A lot can happen over the next six. But the Islanders aced this test.