Marte is among the Mets’ options to play center field if Brandon Nimmo departs through free agency. Marte, 34, shifted to right field this season after spending the previous four seasons primarily as a center fielder.

“He’s willing to do whatever we want to do with him,” manager Buck Showalter said Tuesday at the winter meetings. “Whatever you’re going to do with him, be up front, tell him what’s expected and kind of leave it alone. Don’t be moving all over the place. We found that with the batting order. We found it right field, left field, center field in the spring. He’ll do whatever.

“Understand going into last year he hadn’t played right field. To make [the lineup] work, he played it for us. So that would have to be something, he’d be willing to do it but you have to get ahead of it and be consistent in how you go about it.” 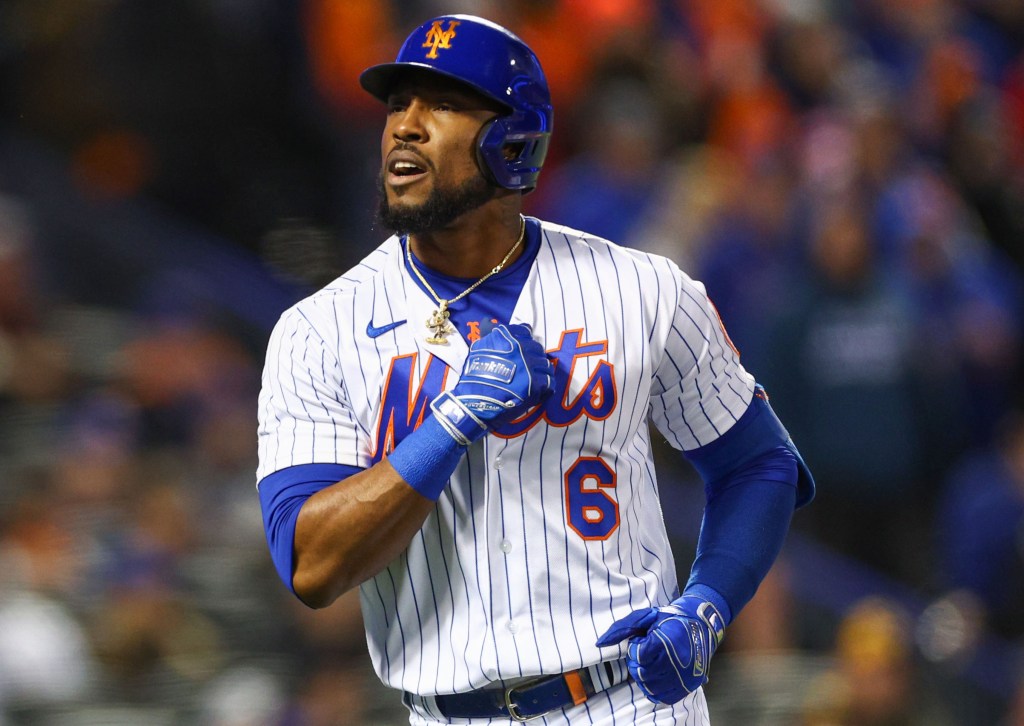 Nimmo is the top center fielder on the market and could command a deal beyond the Mets’ appetite.

“We’d like to have him,” Showalter said. “He’s a good player. He’s established himself. He had a post-up, good physical year where for whatever reason he seemed to get through a lot of things that have been a challenge in the past, that didn’t snowball into something where he had to sit out a lot of games.

“Brandon got better every year he played. He improved. And so somebody will get a good person and a good player. We hope it’s us. But if not, we have to be ready to pivot and move in another direction.”

Adam Ottavino remains on the Mets’ list of potential bullpen returnees. The right-hander is believed to be seeking a multiyear deal after pitching to a 2.06 ERA in 66 appearances for the Mets last season.

“Gotta have the cooperation on both sides,” Showalter said. “We like Adam, and I think he kind of likes us. And we’ll see if it fits in the scheme of trying to put a complete team together.”

The Mets signed replay analyst Harrison Friedland to a multiyear contract. Friedland, who arrived last offseason, was instrumental in getting overturned calls on 78 percent of challenges last season.

“He knows how to work machinery to get angles before we even get to the phone,” Showalter said. “He’s the best I’ve ever seen.”

The Mets are still searching for a bullpen coach and assistant hitting coach to replace Craig Bjornson and Jeremy Barnes, respectively. Bjornson wasn’t retained and Barnes was promoted to hitting coach, with Eric Chavez moving to bench coach.

Mets SNY voice Gary Cohen is among the 10 finalists for the Ford C. Frick award — which carries induction into the broadcaster’s wing of the Hall of Fame. The winner will be announced Wednesday. Lindsey Nelson, Bob Murphy and Tim McCarver are the broadcasters with Mets ties who have won the award.