Living in the northern U.S. could soon mean having to deal with a lot of stinky and invasive neighbors. As the planet warms up, the habitat of invasive stink bugs could greatly expand through the nation's northern areas, a recent study found. 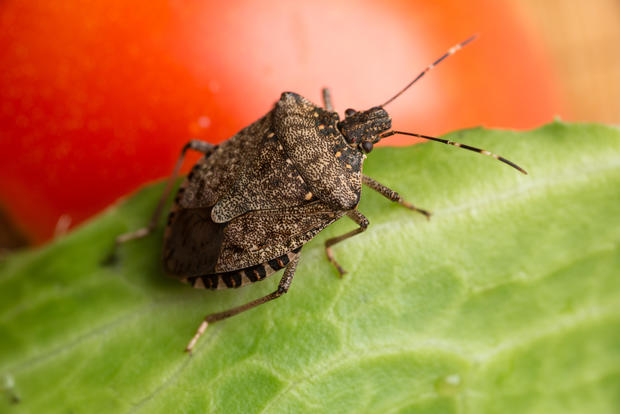 Brown marmorated stink bugs are known for terrorizing crops and swarming houses during winter months to escape the cold. And the tiny bugs pack a massive and pungent odor – if you kill them, a smell that many describe as being reminiscent of cilantro, and for some skunks, will fill the air.

The bugs have been detected in 46 states but are mostly populated along the East Coast from North Carolina through New York and along the West Coast. They're considered both an urban nuisance and an agricultural pest in 15 states, according to the study, published in Pest Management Science, but researchers found that their habitat could expand by 70% by 2080.

It's expected that stink bug habitat will shift further north, particularly in areas in the Mid-Atlantic, near the Great Lakes and in West Coast valleys, including Sacramento and Idaho's Treasure Valley. That expansion, however, will depend on the conditions of each area, especially regarding precipitation, and what kind of mitigation efforts are put into place.

That number comes from three years of monitoring stink bugs across 17 states, as well as analyzing several potential climate scenarios.

"Every system will change with climate change, so the fact that you can grow garbanzo beans, lentils or wheat without these pests now, doesn't mean that you will not have them in a few years," study lead author and Washington State University entomologist Javier Gutierrez Illan said. "There are mitigating things that we can do, but it is wise to prepare for change."

Researchers noted that humans also can impact population numbers, as the bugs like to hitchhike on vehicles and farm equipment, and urban areas act as good winter sites and provide many ornamental plants for the bugs to feast on. Even still, climate was found to have a greater impact on stink bug abundance.

"While the distance to populated areas seems to be key for BMSB [brown marmorated stink bug] occurrence, climatic factors, particularly those related to water availability, were the most important drivers of BMSB abundance," the study says.

The bugs can be heavily damaging to agriculture, as they are known to devour nearly 170 different plants and crops, including apples, peaches, figs, beans, corn and soybeans. They can also cause humans to have an allergic reaction when their defensive odor is deployed and can cause dermatitis if crushed against exposed skin, according to Pennsylvania State University.

"Most growers learn from their parents or from the previous generation, but the information that they had is probably no longer as useful because the climate is changing, so they need these types of tools," Gutierrez Illan said.

Brown marmorated stink bugs were unintentionally brought to the U.S. from Asia about 20 years ago and have spread rapidly ever since. Eliminating them in agriculture can be challenging as there are few effective pesticides known to work against them, according to the Environmental Protection Agency. In homes, however, there are some viable solutions.

Now that it's autumn, people can expect to see them creeping into their homes near doors, windows and other entry points. The EPA warns that once they find a way in, "they can enter structures by the thousands." And once they do, they won't reproduce, but they will make themselves at homes – under beds, in bookcases and in attics.

To avoid an infestation, the agency suggests that people in affected areas caulk their windows, weather strip entries, rake away debris, screen chimneys and secure crawlspace. To avoid their stench filling up your home, it's best to vacuum them up, although the vacuum itself will temporarily emit their foul odor.