Kupp, who was the Super Bowl LVI MVP when the Rams beat the Cincinnati Bengals, was among those who called out Balenciaga for the imagery in the advertisements. 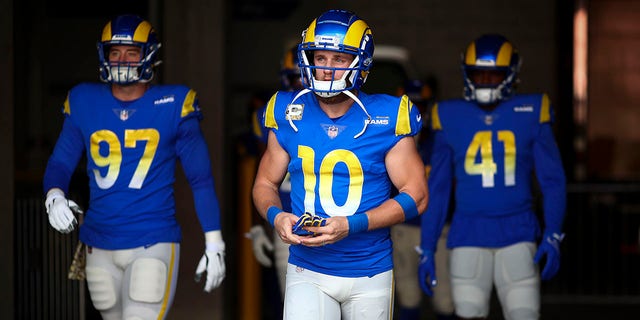 Cooper Kupp (10) of the Los Angeles Rams walks through the tunnel prior to the game against the Tampa Bay Buccaneers at Raymond James Stadium on Nov. 6, 2022, in Tampa, Florida. (Kevin Sabitus/Getty Images)

"To try to be a voice for our children, who rely on the protection of the men and women that were entrusted the responsibility of nurturing them and raising them up: please make yourself aware of the attack against our young ones by @balenciaga, and ensure that they are held responsible for it," he wrote.

"For those of us in positions to create change in the way that companies manipulate people and advertise evil, please stand up!"

An ad for the Balenciaga's Adidas collaboration bag depicted the product on top of an office desk covered in documents. One page, mostly covered by the bag, contains text of the Supreme Court case United States v. Williams — a SCOTUS case concerning the distribution of child pornography. 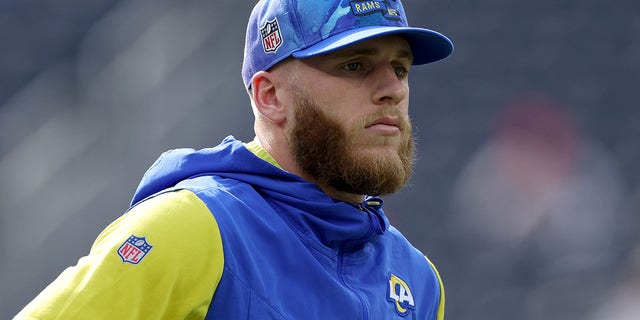 Cooper Kupp of the Los Angeles Rams warms up before the game against the San Francisco 49ers at SoFi Stadium on Oct. 30, 2022, in Inglewood, California. (Harry How/Getty Images)

The brand was forced to apologize Tuesday for the document's inclusion and stated they would be pursuing legal action against the individuals who placed the text in the image. 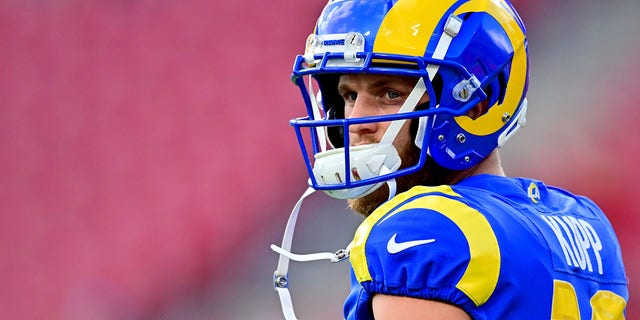 Cooper Kupp of the Los Angeles Rams warms up prior to playing the Tampa Bay Buccaneers at Raymond James Stadium on Nov. 6, 2022, in Tampa, Florida. (Julio Aguilar/Getty Images)

The photographer for the ad campaign, Gabriele Galimberti, said the images were part of a project series called "Toy Stories," according to his Instagram page. The images now appear to be mostly scrubbed from the global brand’s website.