Teofimo Lopez already has established himself both as one of boxing’s biggest talents and personalities on the cusp of superstardom.

He returns for the first time to the one spot that provided the biggest derailment to that ascension.

The 25-year-old Brooklyn native stunned the legendary Vasiliy Lomachenko in Las Vegas in 2021 to become the unified IBF, WBA and WBO lightweight champion of the world. It brought him from a tantalizing prospect to the sport’s pound-for-pound rankings as one of the best fighters in boxing.

Then, he returned home to Madison Square Garden and was stunned himself. In his first unified title defense, Lopez fell to George Kambosos via split decision in boxing’s Upset of the Year, losing his belts and so much of the momentum he had built. After the bout, he revealed that he was fighting with pneumomediastinum, or pockets of air around his chest, heart and neck that made it difficult to breathe. 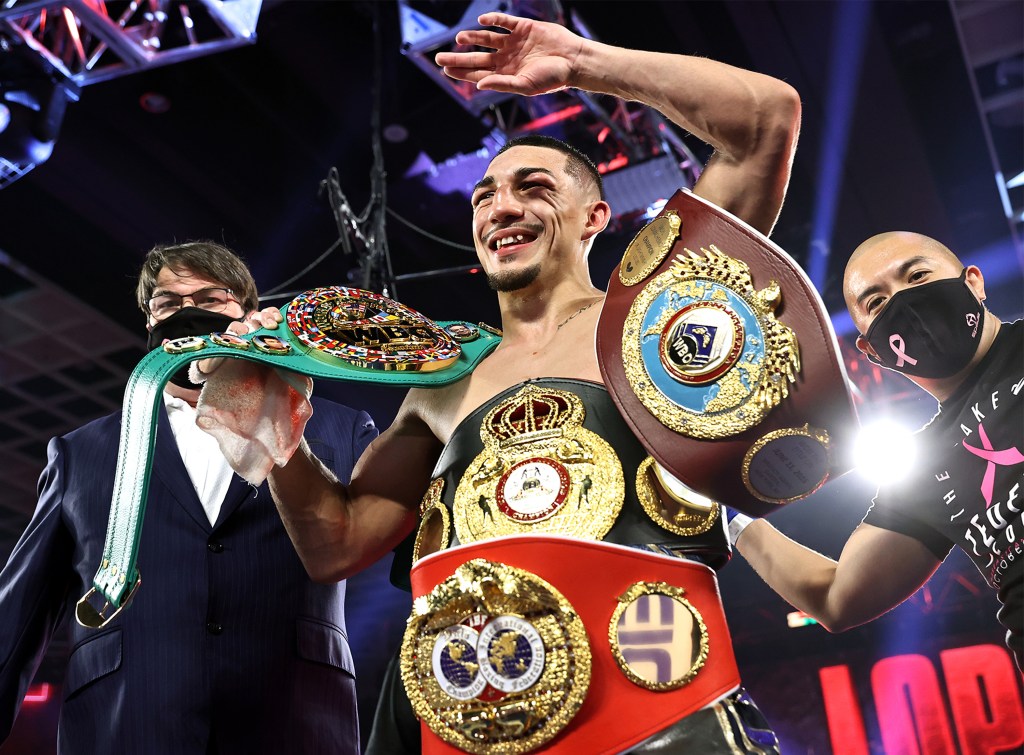 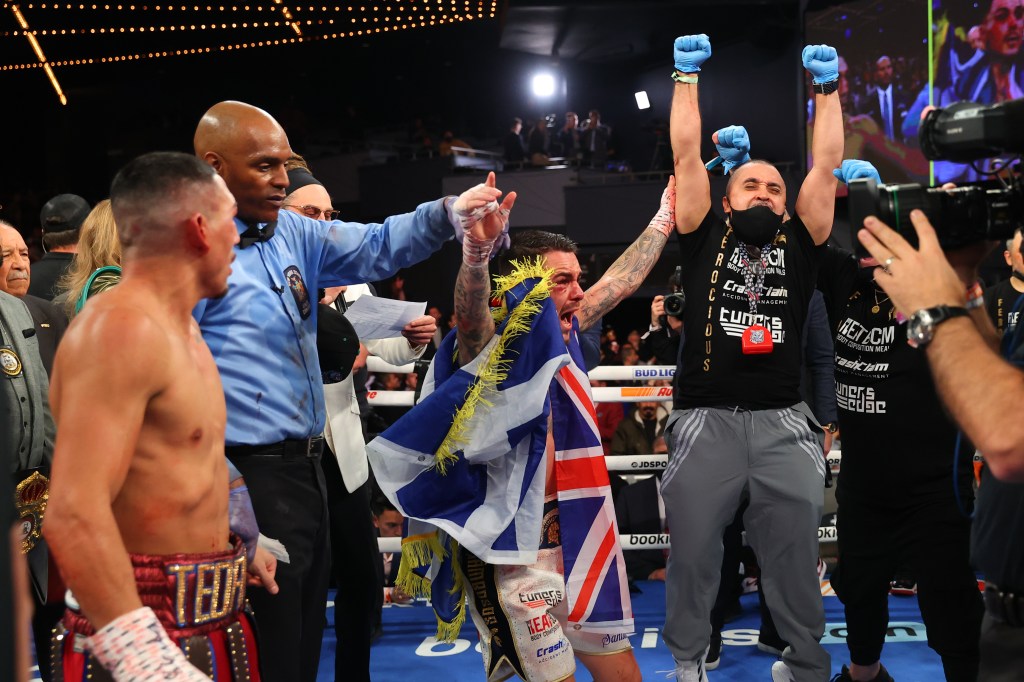 After his first loss, Lopez (17-1) subsequently moved up to junior welterweight, and cruised past veteran Pedro Campa by TKO in August, dubbing his new chapter “The Takeback.”

Lopez has a mixed history at Madison Square Garden, winning his first world title there in 2019 with a TKO victory over Richard Commey. A year prior, his Knockout of the Year takedown of Mason Menard in the arena launched him to one of boxing’s best up-and-coming prospects.

Now, he’s back at Madison Square Garden with a chance to catapult right back to where he believes he belongs – fighting in title fights and the biggest bouts in boxing. Lopez challenges Sandor Martin (40-2) in the main event Saturday night (9 p.m., ESPN+) in a 10-round WBC junior welterweight title eliminator. Regis Prograis recently won the vacant WBC junior welterweight belt, and with a Lopez win, likely would be next in line, presenting Lopez a chance to become a two-division champion.

Martin, who is Spanish, enters on an 11-fight win streak, and is ranked in the top 15 in the division by all four recognized sanctioning bodies. 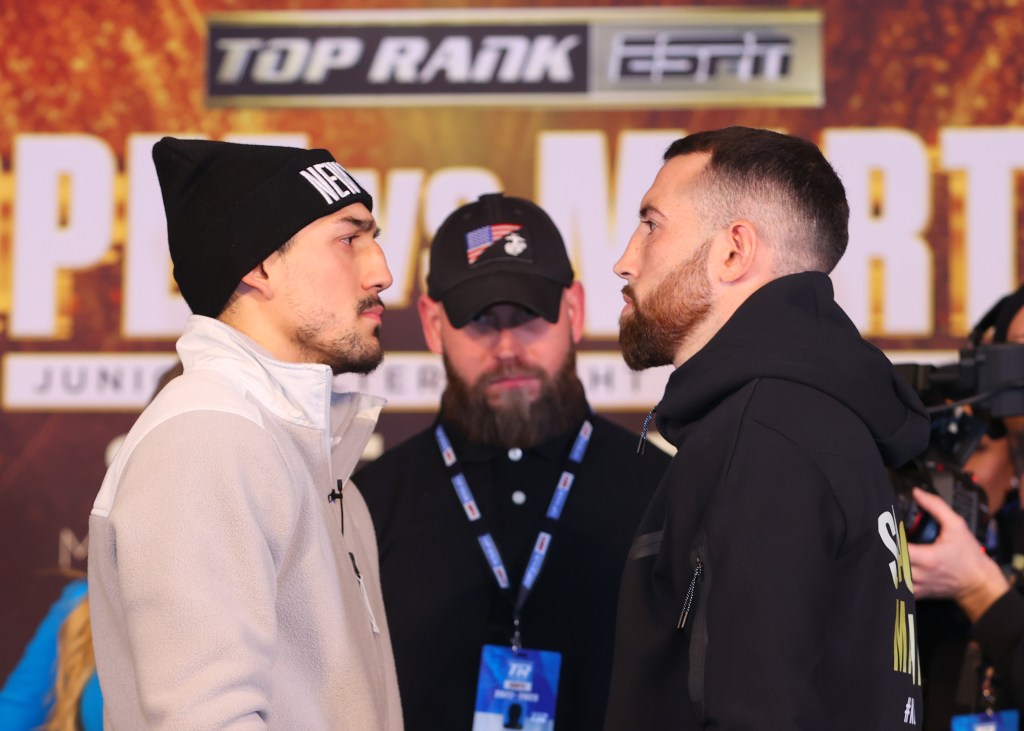 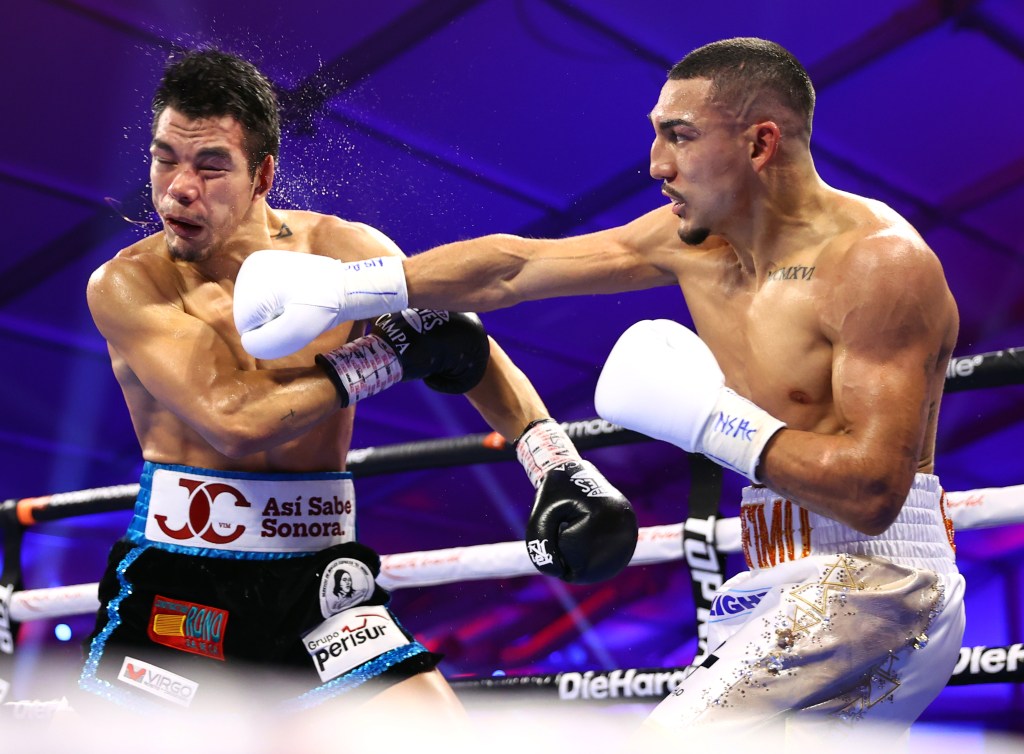 But that’s exactly why Lopez accepted the opponent, who replaced Jose Pedraza at the last minute. He’s obsessed with securing the biggest fights possible, no matter the risk. That’s what made him one of the most tantalizing rising stars, and what will help restore him atop boxing’s hierarchy.

“I love challenges, I love taking challenges,” Lopez said. “Because challenges are what will separate us from being great, and being the greatest. … How do we do it? We have to give the fans what they want to see. I’m a fighter that takes less money if I need to to give you what you need to see. That’s what a true champion is, that’s someone who has confidence in themself.

“The only thing I only kind of shied away from, when Prograis [after his last bout] said everything about facing me and knocking me out, is this was his thing – ‘If the money is right.’ Oh my goodness, are you dumb or are you stupid? It’s not about the money, the money is always going to come. When you chase the money, it’ll always run faster. I go after the glory.”

Lopez already has tasted that glory, and after his first setback, can once again position himself to experience it again. The card, which also features youngsters Jared Anderson, Xander Zayas and Keyshawn Davis, is billed as a night for the next generation.

After emerging as one of the faces of that next generation, Lopez has perhaps seen others dig in or supersede his stature. But, as he returns to his favorite place, “The Takeback” continues. 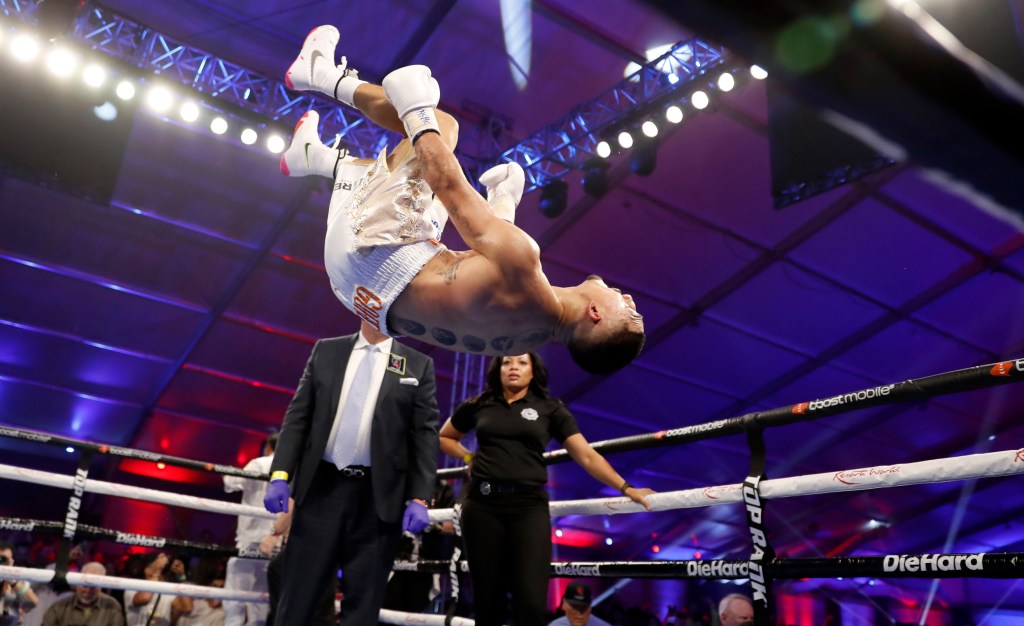 “This is a tremendous moment and opportunity,” Lopez said. The magnitude of this, I understand, and I’m willing to do everything I possibly can for the fans and everyone out there to give them a great show. I just want to be the people’s champion to the world.  So yes, let’s make these fights happen, first off we’ve got to finish off this guy, Sandor Martin, December 10th. And after that, we move on to whoever everyone else wants to see us face in April.”