A Texas man was charged with a hate crime and a slew of other offenses after allegedly vandalizing a Mother Mary statue and defecating on a sign at a Queens church, police and sources said.

The blasphemous crime began when Jia Wang allegedly drove his car onto the front lawn of Mary’s Nativity-St. Ann Church in Flushing Monday afternoon and barreled over a sign, law enforcement sources said.

After hearing a loud commotion, Rev. Jose Diaz ran outside the church to find the devilish scene, he told The Tablet. Diaz thought the crash was an accident until he saw Wang put the car in reverse and allegedly run over the sign again.

Wang, 37, spotted the pastor, pointed the vehicle at him and accelerated, Diaz claims.

The pastor ran to safety atop the church front steps but recorded the rest of the unholy incident.

Wang grabbed a car jack and allegedly whacked the Mary statue until her face was obliterated, police sources said, before relieving himself on the church sign. 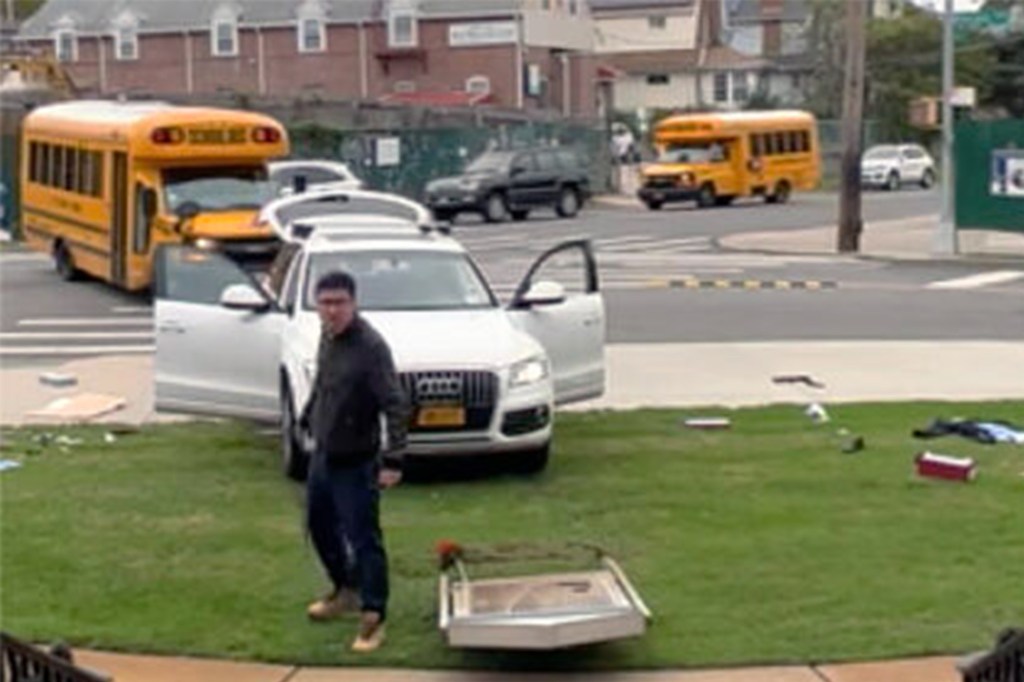 “Another time, he tried to throw a water bottle at me, but I closed the door in his face,” Diaz told the outlet. “He’s screaming and throwing middle fingers at me — yelling, ‘F-you! F-you!’”

Wang then threw the contents of his car across the lawn, further trashing it, Diaz said.

According to police, the Texas man also allegedly threw an unknown object at a 57-year-old woman’s car as she drove by, causing damage to her side door.

No one was injured in the sacrilegious attack.

“Then he walked around a bit, then sat down on the front steps and waited for the cops to come,” Diaz said.

Wang was arrested and faces criminal mischief as a hate crime, attempted criminal interference with religious worship, reckless endangerment of property and other charges. 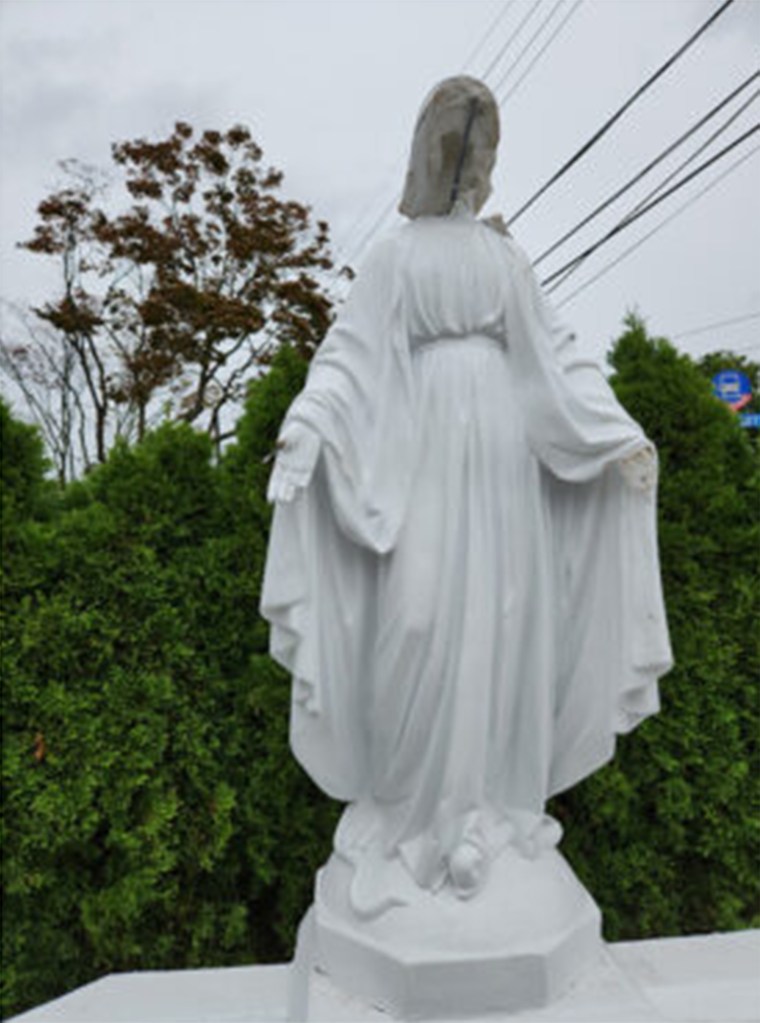 Police took Wang to a nearby hospital for a medical evaluation.

“I don’t think he was all there, obviously,” Diaz said. “But regardless of that, even if you had some type of psychotic break, you still came to the church. You destroyed the statue … He knew what he was doing.”

Mary’s Nativity-St. Ann Church could not be reached for comment.