There comes a time when you just have to take a break from hitting your head against a wall. Does anyone today seriously need another rundown of what is going so wrong for the Rangers over a first 23 games in which so little has gone right?

The Blueshirts left the ice following Monday’s 5-3 defeat to the Devils in fifth place (by point percentages) in both the Metropolitan Division and the wild card race in a league in which both the loser’s point and the paucity of head-to-head divisional matches conspire against clubs coming from behind in the standings.

Both of those teams’ revivals were sparked by goaltenders who essentially came out of nowhere — Jordan Binnington for St. Louis and Andrew (Hamburglar) Hammond for Ottawa. Following that model, the Rangers perhaps should dip down into Hartford and promote Dylan Garand, the 20-year-old who recorded his first pro shutout Saturday in, of course, a 1-0 shootout defeat to Hershey. 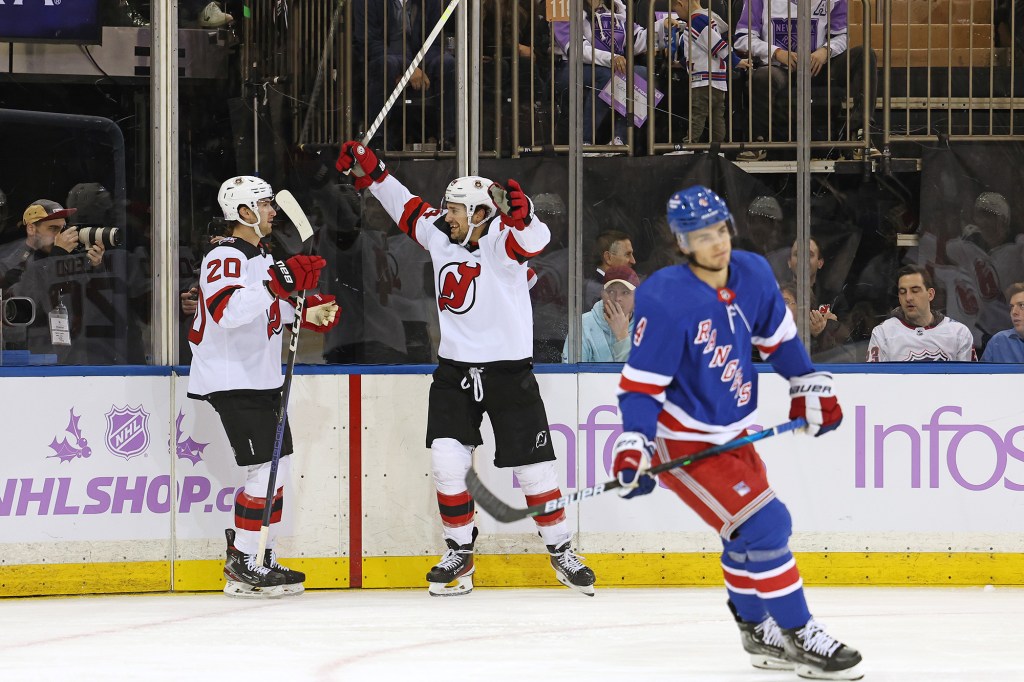 A look at the standings is sobering. The Rangers have lost contact with the Devils. They’re out of sight by 14 points and thus should be put out of your minds. The role reversal between these two clubs might make more sense if put this way:

Last season, Jimmy Vesey played on the fourth line for a New Jersey team that missed the playoffs by 37 points. On Monday, Jimmy Vesey was on the first line for a Rangers team went into the season fancying itself a Stanley Cup contender.

This is not a knock on Vesey, who earned a spot on the varsity after coming to camp on a PTO and has been one of a tiny faction of Rangers — Vesey, Adam Fox, Ryan Lindgren, Filip Chytil, Julien Gauthier, Barclay Goodrow and maybe Braden Schneider — to meet expectations. (If you want to lobby for Ryan Carpenter in his role as fourth-line center, be my guest.) Early in camp, Vesey talked about having adopted a fourth-line mentality, how he modeled his game after Tyler Motte, so valuable in a fourth-line role for the Blueshirts last spring. And now No. 26 has played on the first line in eight of the club’s 23 games. 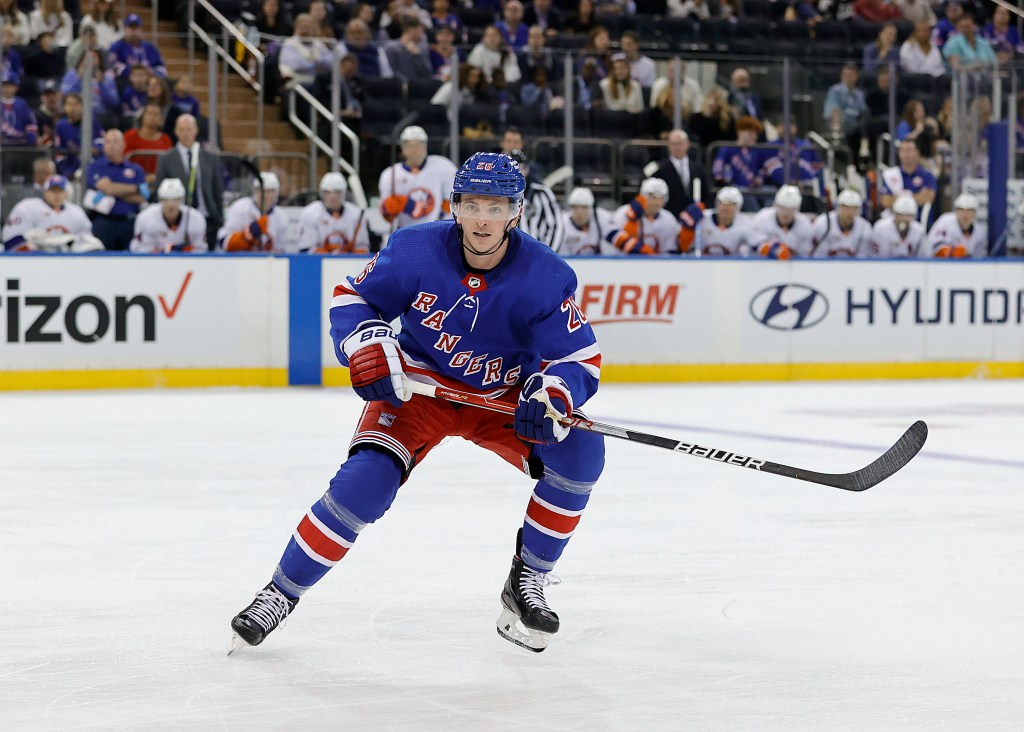 In order to qualify for the tournament, the Rangers will have to pass three teams they currently trail. Awarding spots to the Devils, ‘Canes, Bruins, Maple Leafs and Lightning, the teams to catch would be the Islanders, Penguins, Red Wings, Canadiens and Panthers.

Again, not one of them and not two of them. Three. Add to the equation that the Blueshirts will also have to stay in front of the Caps, who are three points back.

The schedule turns murderous next week, when the Blueshirts travel to Vegas and Colorado before home games against the Devils and Leafs. The Rangers — who have won four out of 12 (4-5-3) at the Garden — wouldn’t be expected to win any one of these.

But before the Rangers get from here to there, the schedule provides a silver lining. The next three games are against 29th-overall Ottawa and 31st-overall Chicago, teams that appear well on their way to Lotteryland. If there can be a soft spot for a team such as the Rangers, this is it. Of course, this is also the way the Senators and Blackhawks might look at it, preparing for a Blueshirts team that has won 10 of 23 overall (10-9-4) and is on a three-game regulation losing streak. 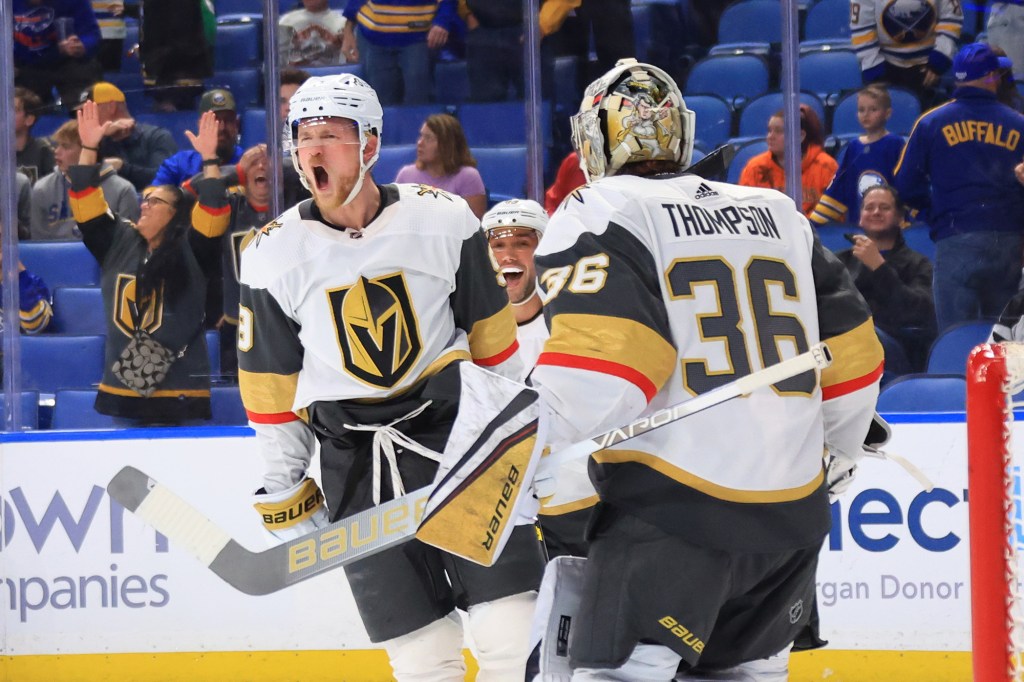 After Wednesday’s match in Ottawa, there is a back-to-back at the Garden on Friday and Saturday, respectively, against the Senators and Blackhawks. Yes, get ready for Jaro Halak in one or the other.

• Is it a coincidence that K’Andre Miller and Alexis Lafreniere have regressed in what is a contract year coming off entry-level deals for both?

• There are 37 defense pairs that have been on the ice for at least 200 minutes at five-on-five. Miller and Jacob Trouba, the tandem that went into this season as the club’s presumptive shutdown pair, ranks 37th and last in goals for/against percentage at 28.57 (8 for/20 against). How’s that? 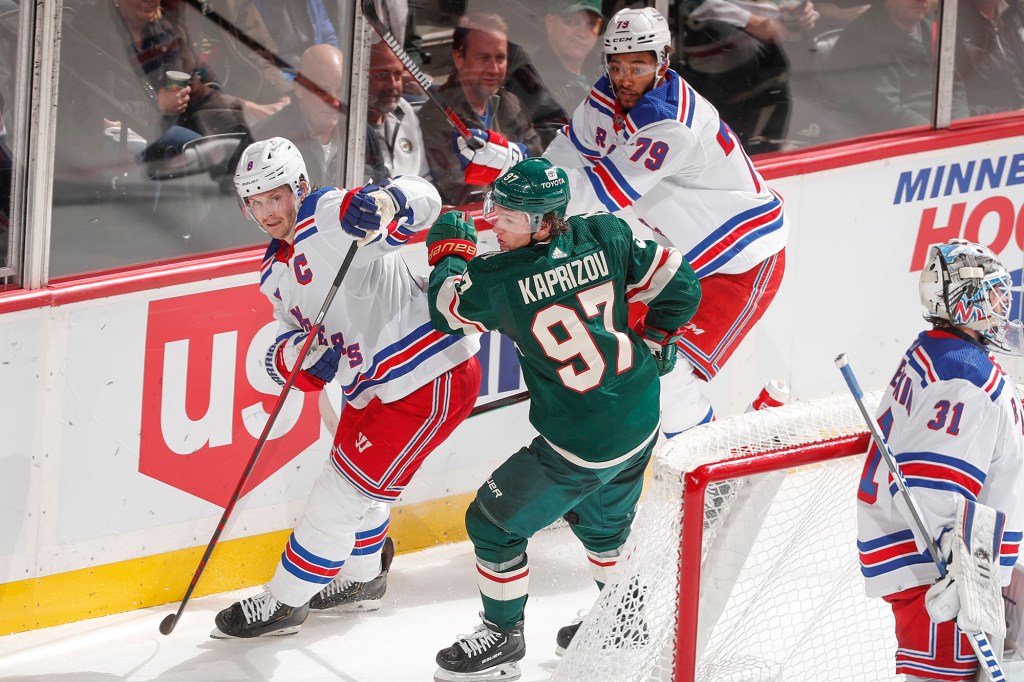 • There are 187 forwards who have played at least 250 minutes at five-on-five. (Thanks, Natural Stat Trick

Do you want to know with whom he is tied?

That would be Patrick Kane.