The tale of “Cocaine Bear” is nothing to sniff at.

Those who viewed yesterday’s Redband trailer — about a black bear’s cocaine-fueled rampage through the Southern forest — were undoubtedly skeptical of the teaser caption claiming that the flick was “inspired by true events.”

However, its far-fetched premise is indeed based on a true story. And — though far less grisly (so to speak) — the real details behind the event may be just as shocking.

For the uninitiated, the highly anticipated Elizabeth Banks-directed black comedy follows a group of strangers who meet in the Georgia wilderness “where a 500 pound apex predator has ingested a staggering amount of cocaine and gone on a coke-fueled rampage for more blow … and blood,” per the movie’s official press release.

The multimillion dollar coke haul was airdropped by traffickers during a botched smuggling operation, whereupon the hangry beast decided to gobble it all up, naturally. This had the effect of turning the bruin into a coke-crazed super bear, with the spirit of Al Pacino in “Scarface” and Yogi’s insatiable appetite. All the while, cops, bystanders and traffickers — led by the late Ray Liotta in his final role — scour the Georgian woods for the missing stash, unaware that they’re being targeted by a bloodthirsty Baloo on blow. 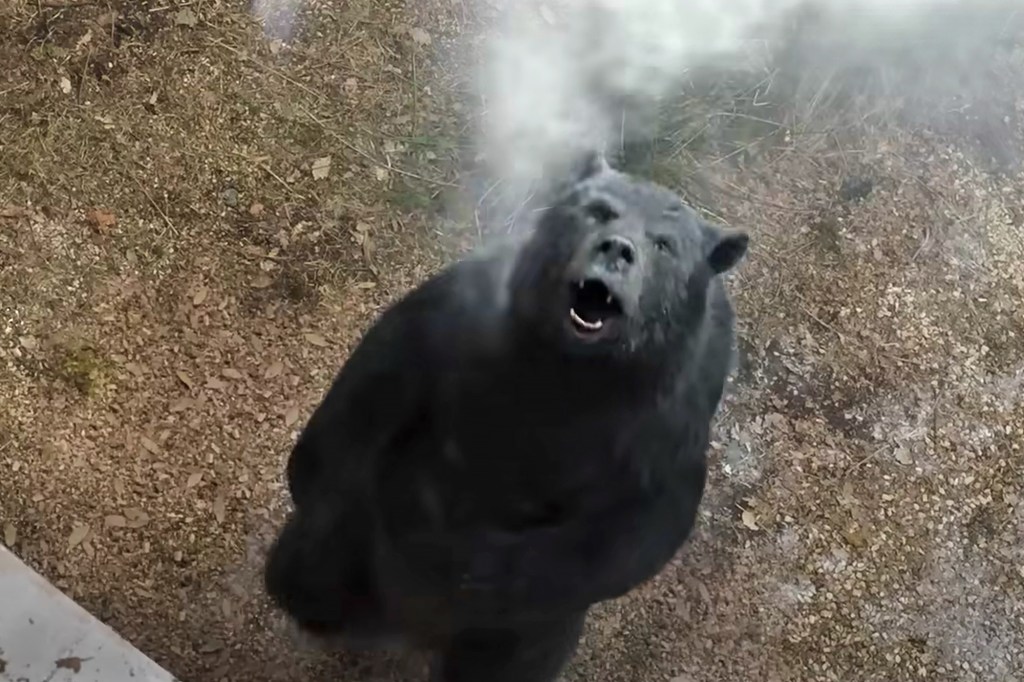 With a plot so outlandish, watchers would be forgiven for writing it off as fiction. But this story is loosely — and we mean very loosely — inspired by a wild incident in 1985, in which authorities searching for a lost cocaine haul happened upon ransacked bags of drugs near the Georgia—Tennessee border. The drugs had been dropped by a high-flying smuggler, who perished after his parachute failed to open.

All told, the pillaged cache reportedly contained 88 pounds of nose candy worth a cool $20 million, the AP reported. And, lying nearby was the culprit: an approximately 150 pound “Cokey” Bear, who had reportedly died after ingesting several million dollars worth of cocaine.

″The bear got to it before we could, and he tore the duffel bag open, got him some cocaine and OD’d (overdosed),″ said Gary Garner, of the Georgia Bureau of Investigation. ″There’s nothing left but bones and a big hide.” 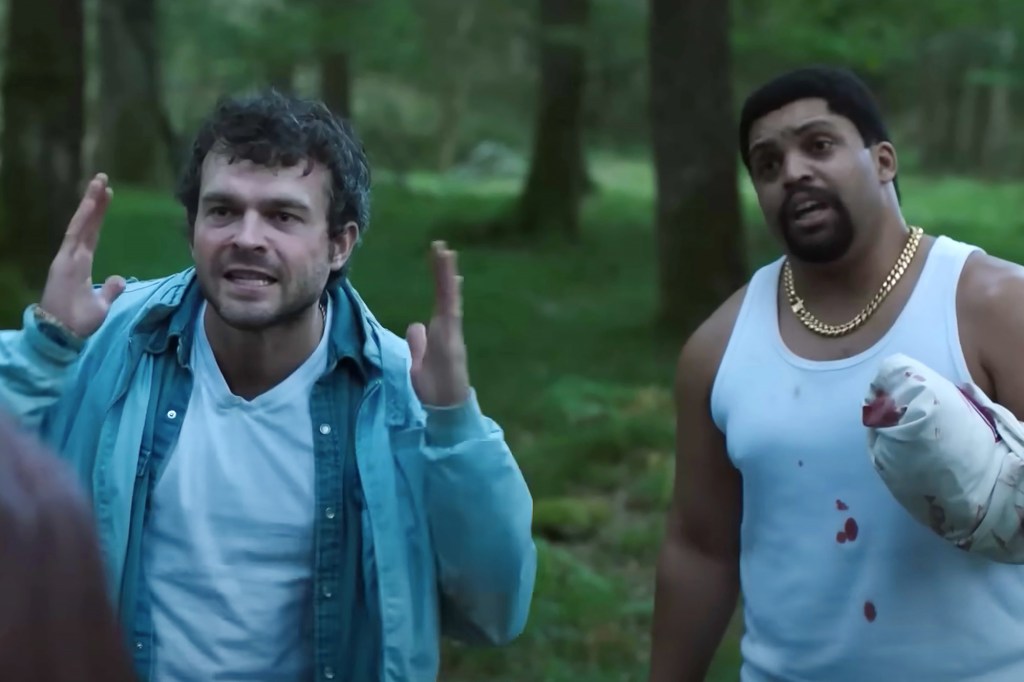 Investigators said the regular Pablo Escobear had been dead for about four weeks when they found it, so it’s anyone’s guess what transpired during that month. Mostly likely, the creature perished shortly after eating the drugs and didn’t embark on the drug-fueled killing spree depicted in the film.

In fact, a subsequent autopsy revealed that the animal had sustained cerebral hemorrhaging, respiratory failure, heart failure and other complications consistent with an overdose. This was a far cry from superpowers exhibited in the “Cocaine Bear” trailer, where the coke-streaked critter is seen busting down doors, leaping after an ambulance à la Bear Jordan and even doing the worm in front of flabbergasted co-eds.

Although, if “Cocaine Bear” creators were to go by the real story, the flick would’ve been over in the first few minutes.

Far more interesting, perhaps, is the saga of the drug smuggler Andrew Thornton, 40, a Kentucky narcotics investigator-turned drug smuggler and gang leader. The rogue agent had reportedly picked up the drugs in Colombia and jetted to the US in a Cessna with hundreds of pounds of coke in tow, Knox News reported. 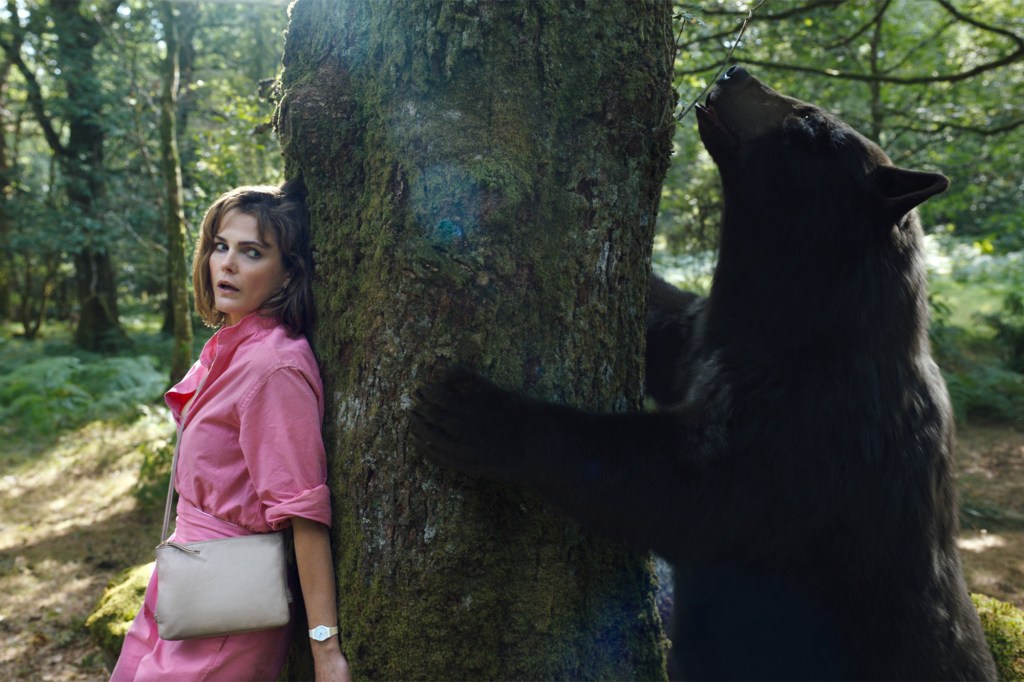 While flying over Florida, Thornton reportedly heard federal agents talking on the radio about tailing their plane. In a last ditch effort to avoid getting busted, the trafficker decided to kick three duffel bags of cocaine — the ones that would be ingested by that hapless bear — out of the plane near Blairsville, GA. Thornton then parachuted out of the jet himself with a remaining 77 pounds of blow taped to his body, along with two pistols, night-vision goggles, a survival knife and about $4,500 in cash.

Unfortunately, his skydive went awry when the ‘chute malfunctioned (which some experts attribute to being overloaded). The cocaine cowboy plunged to his death in Island Home Pike in South Knoxville on the morning of Sept. 11, 1985.

The alleged cocaine bear, meanwhile, has been preserved and is on display at the Kentucky for Kentucky Fun Mall in Lexington, which sells a variety of bear-based merch from T-shirts to snow globes fittingly called — you guessed it — “blow globes.”