Tom Brady shared a sweet moment Sunday with his children ahead of the Buccaneers’ home opener against the Packers amid marital woes with wife Gisele Bündchen.

The seven-time Super Bowl champion, 45, was seen hugging his kids on the sideline at Raymond James Stadium in Tampa after they were brought to the game by Brady’s mother and sisters, People reported Sunday.

Brady has one son, 15-year-old Jack, with his ex Bridget Moynahan. He also shares two children, son Benjamin, 12, and daughter Vivian, 9, with Bündchen.

The 42-year-old supermodel “did not attend” Sunday’s game, per People, with a source stating, “Gisele continues to be dedicated to her kids and is working on personal projects.”

Leading up to the showdown against Aaron Rodgers and the Packers, Brady, who has been married to Bündchen since 2009, was said to be “hopeful” Bündchen would attend. 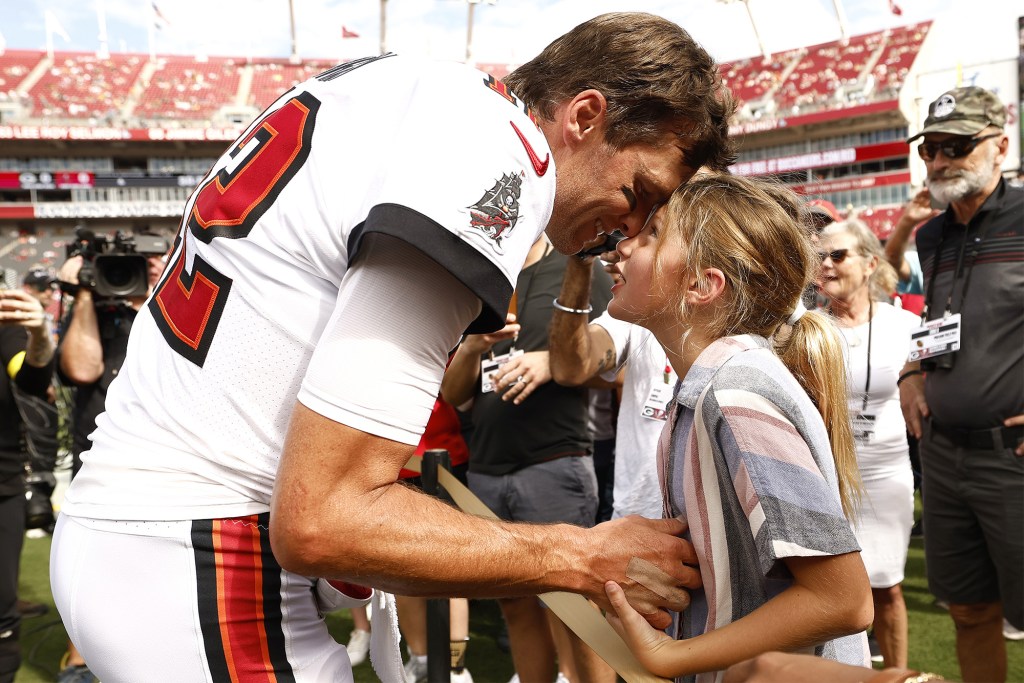 “Gisele mostly only attends home games. Tom and his team are hopeful she will be back in the family box with their kids for the Packers game this Sunday,” a source told Page Six on Tuesday.

Earlier this month, Page Six exclusively reported that Brady and Bündchen had been at odds over his decision to un-retire from the NFL.

“There’s been trouble in the marriage over his decision to un-retire. Gisele has always been the one with the kids,” a source said at the time. 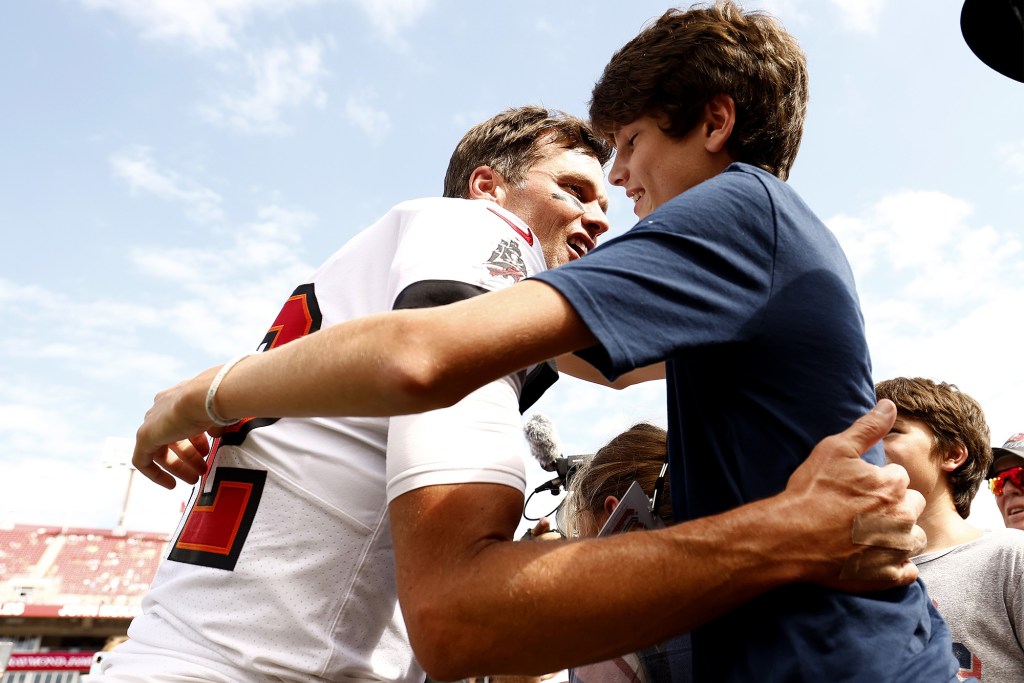 “They had agreed he would retire to focus on the family, then he changed his mind.”

Brady, who is in his 23rd NFL season, initially announced in February that he was stepping away from the game. He changed course on his NFL future a month later.

“These past two months I have realized my place is still on the field and not in the stands. That time will come. But it’s not now,” Brady posted on Instagram in March.

The Buccaneers opened the 2022 NFL season on the road in Dallas, where they defeated the Cowboys, 19-3. Ahead of kickoff, Bündchen tweeted a message of support to Brady.

Though the 2022 regular season is only three games in, it’s been speculated that this year could be Brady’s last.

“She doesn’t hate that he’s playing football, but she sure hates the way he handled the retirement and coming back,” a source previously told People of Bündchen and Brady.

“He knows that, and he’s doing what he can do to smooth things over. He does know that this is his last season if he wants to stay married.”

When Brady does hang up his cleats for good, he’ll transition into the booth as Fox Sports’ lead NFL analyst. He agreed to a 10-year, $375 million deal with the network in May.

Erratic NYC tenant runs amok, allegedly stabs neighbor: ‘She has been nothing but trouble’

Black Friday deal: The most popular men's watch on Amazon was just marked down to $48 for Cyber Monday

‘Living hell’ and the destruction of academic freedom

Chicago crime crisis: 7 carjackings reported in 1 hour on West Side